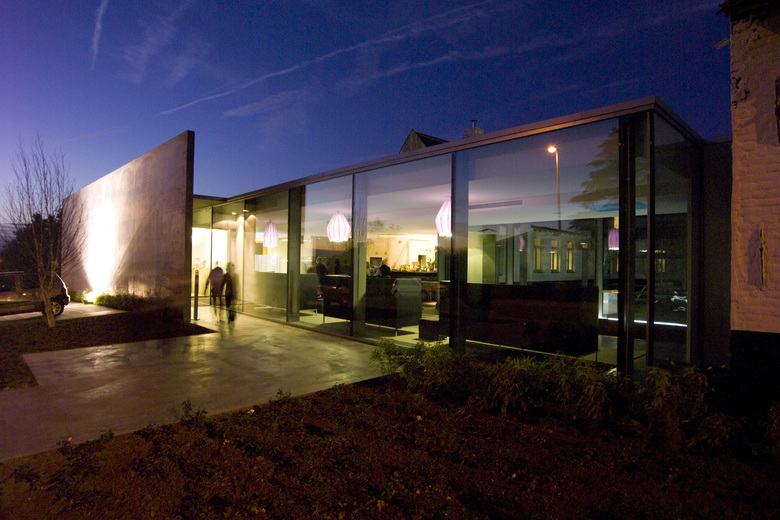 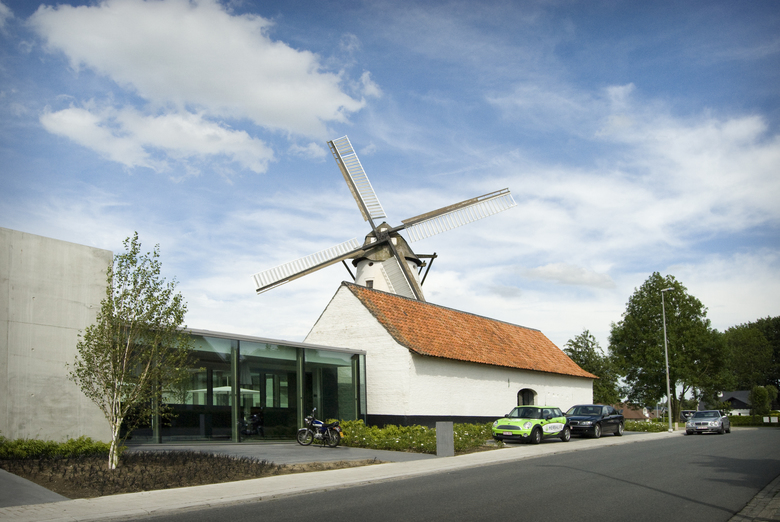 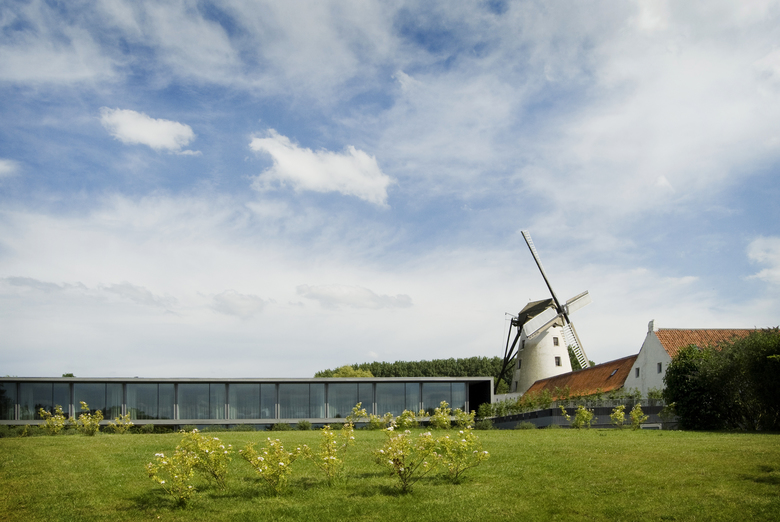 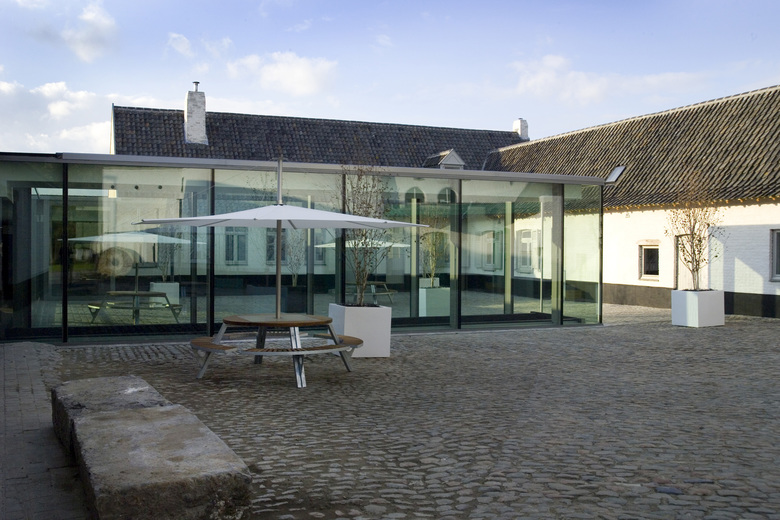 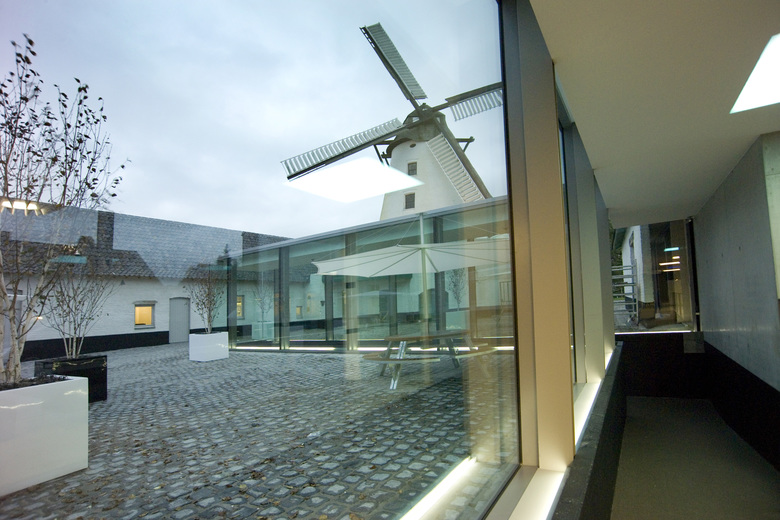 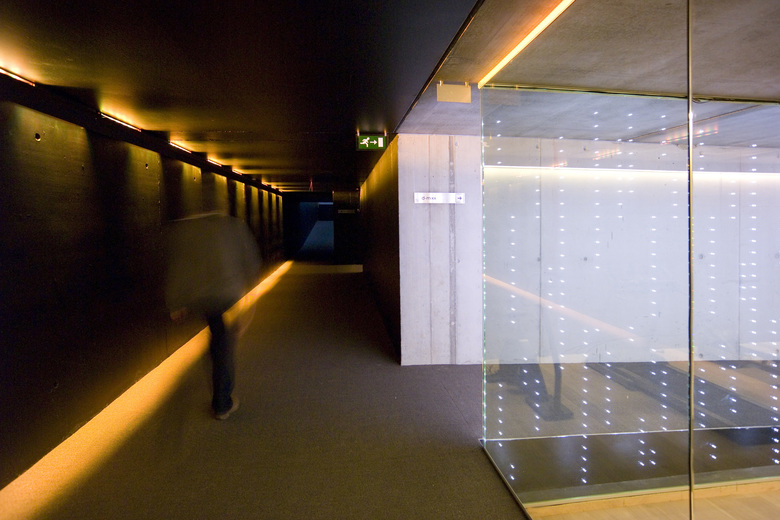 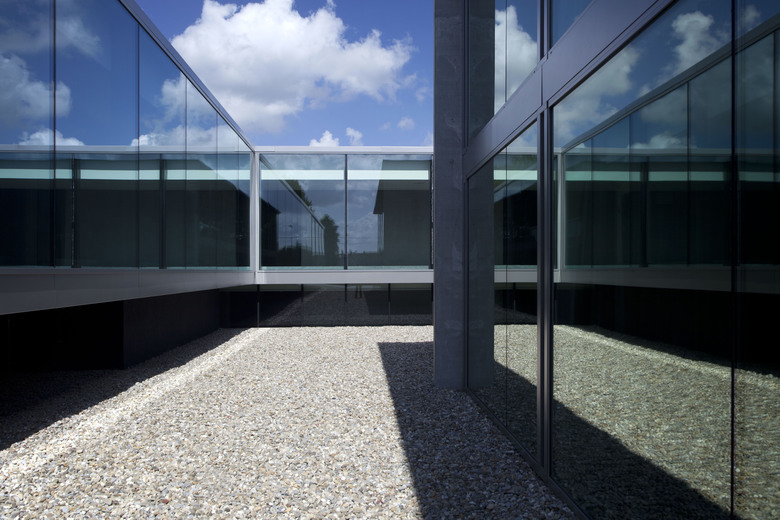 Extension and reconversion of an existing farm and mill site into a hotel – A formation of four concrete volumes gathers around a U-shaped farm building and a protected and renovated windmill. The old and new entities have no direct contact above the surface, though underground, there is a tunnel underneath the old farm, forming the base of the concept. Starting from the hotel reception to the south, the tunnel disappears under the inner square through a contemporary glass volume.

To the north, three entirely new volumes are visually separated from the mill and farm. Only a tunnel connects these volumes with the reception zone. The zone in between both entities above ground level is defined by an old cobblestone road that lays aside the farm, and leads us towards the landscape. 45 rooms, 34 standard & 11 suites along with an art gallery are dispersed in these northern volumes.

Raised above ground level, the north-east volume on the corner of the site is orientated to the base of the mill. Because of this elevation, the two remaining volumes become visible when approaching this site, allowing visitors to have an overall view on the hotel site. The northern volumes, built on different levels, are connected with slopes. This reflects the hill type environment on which the site is located.

The composition’s simplicity supports a clear view on the site, a strong interaction between the mill and the farm is never lost.

The spatial perception of the hotel feels like a diverse and harmonious stroll around the mill. The divergent hotel functions, such as bath, lounge, wellness, fitness, party hall, hotel rooms and gallery beautifully blend in with the surroundings.

The input of all disciplines related to design (art, nature, film, music) is expressed in all the characteristics of the hotel. Several artists collaborated to design the suites, each with a specific theme, related to their profession.

The contemporary reconversion rehabilitates the original mill site. Modern architecture is ominously present, but the mill’s dominant role in its context is respected. Today, the old mill recounts an interesting story again.