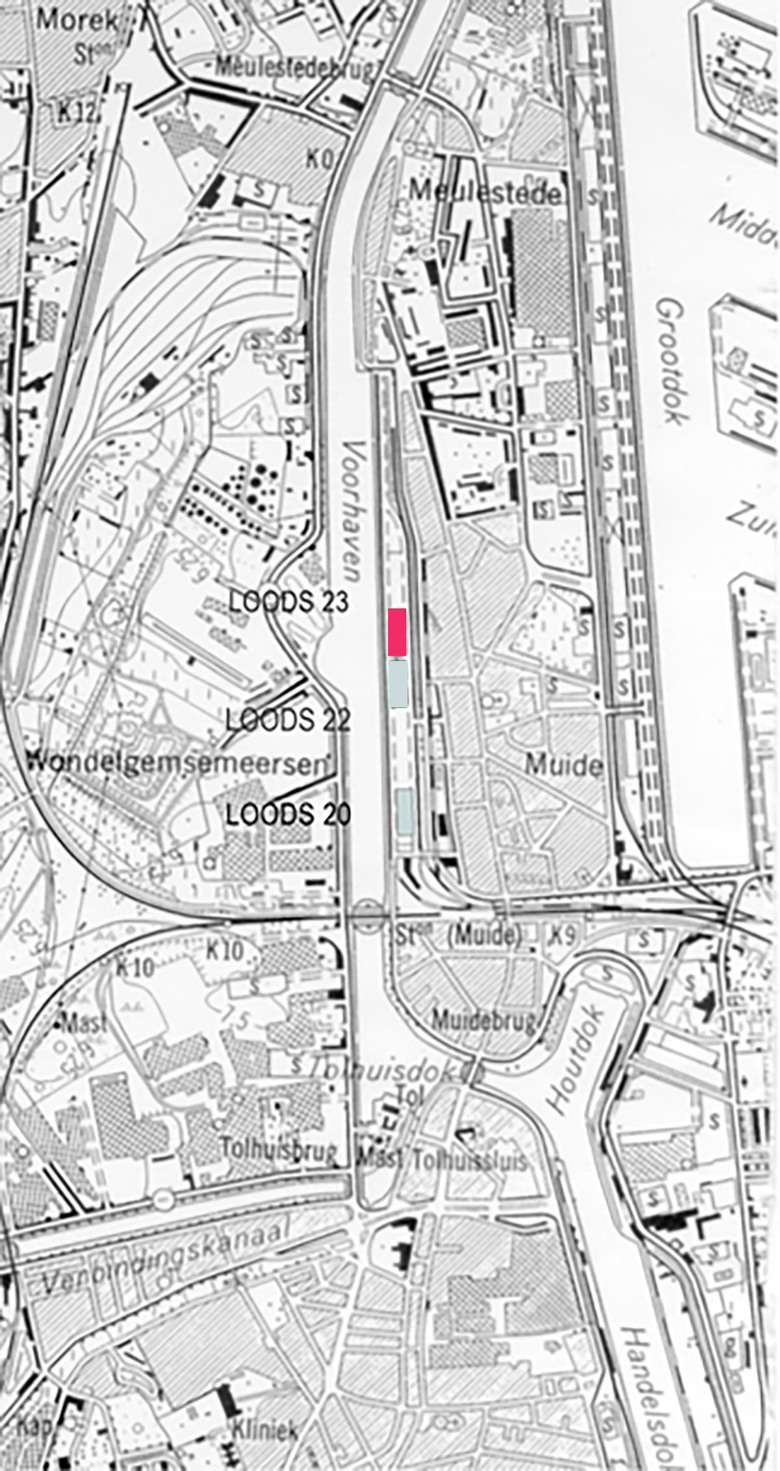 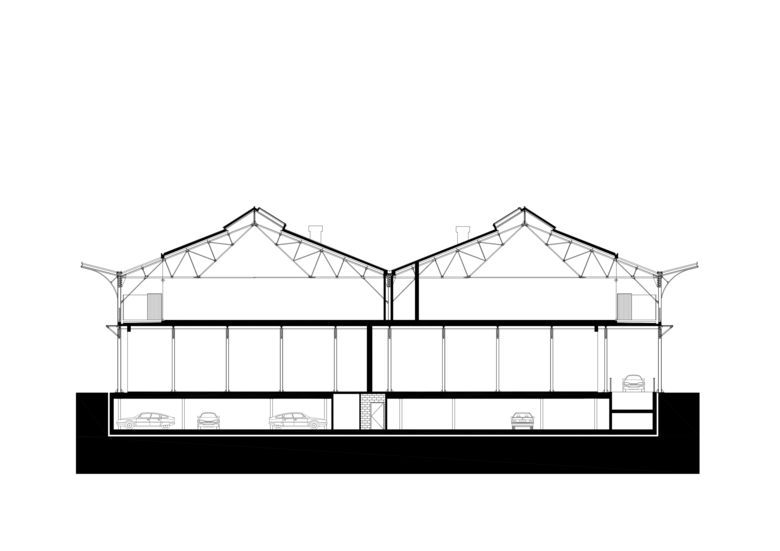 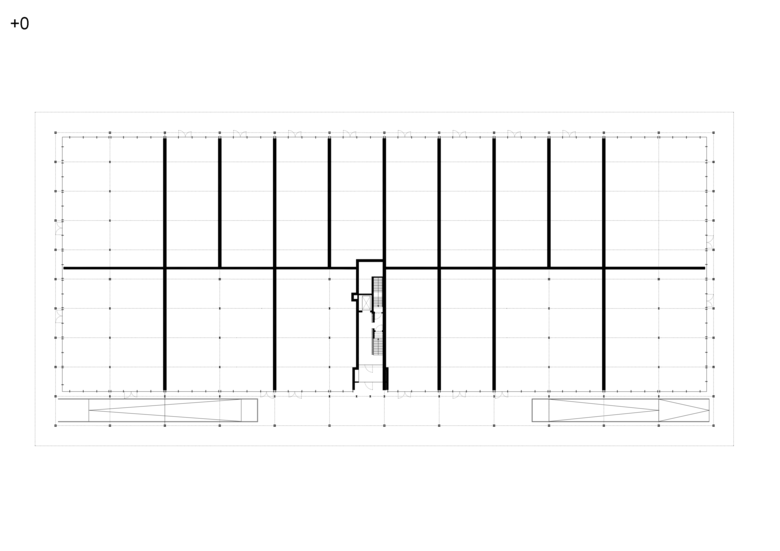 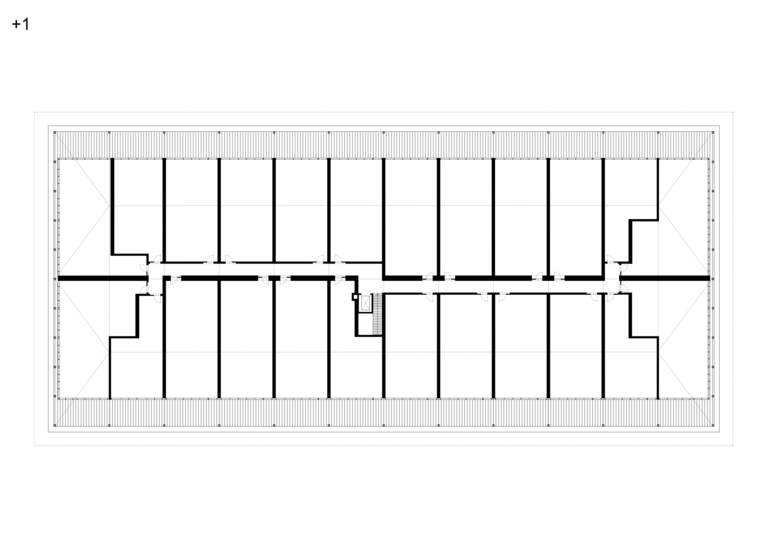 This project entails the restoration and reconversion of one of three warehouses (19th-century monuments) on the outport of Ghent into a housing and coworking hub. The warehouses were erected at Industrialization’s high as storage and transhipment spaces for cotton, Ghent’s main trading product at the time. Halfway the 20th century, with the northern expansion of the harbour, the warehouses lost their original function and fell into decay. Warehouse 21 and 24 were lost entirely.
New visions on the reconversion of industrial sites and the continuing effort of private promoters in the early 80’s led to the repurposing of several warehouses, which brought forth new impulses to the respective areas. With the reconversion of Warehouse 20, 22 and 23, the most prominent artefacts of Ghent’s industrial past would be fully revalued.

One Warehouse measures 100 by 40 meters en spans 3 levels. The semi-subterranean brick basement carries a light hyperstatic steel superstructure and its roof is formed by a double row of Polonceau spans, covering 20 meters a piece. The 5m cantilever around the building contributes to the characteristic silhouette of the warehouse.
The ground floor is repurposed for commercial use. The spaces look out over the quays, the outport and the neighbourhood. The first floor is reconverted into 20 lofts.
Every intervention has to be precisely attuned to the dominant logic of the steel framework and its grand industrial scale.