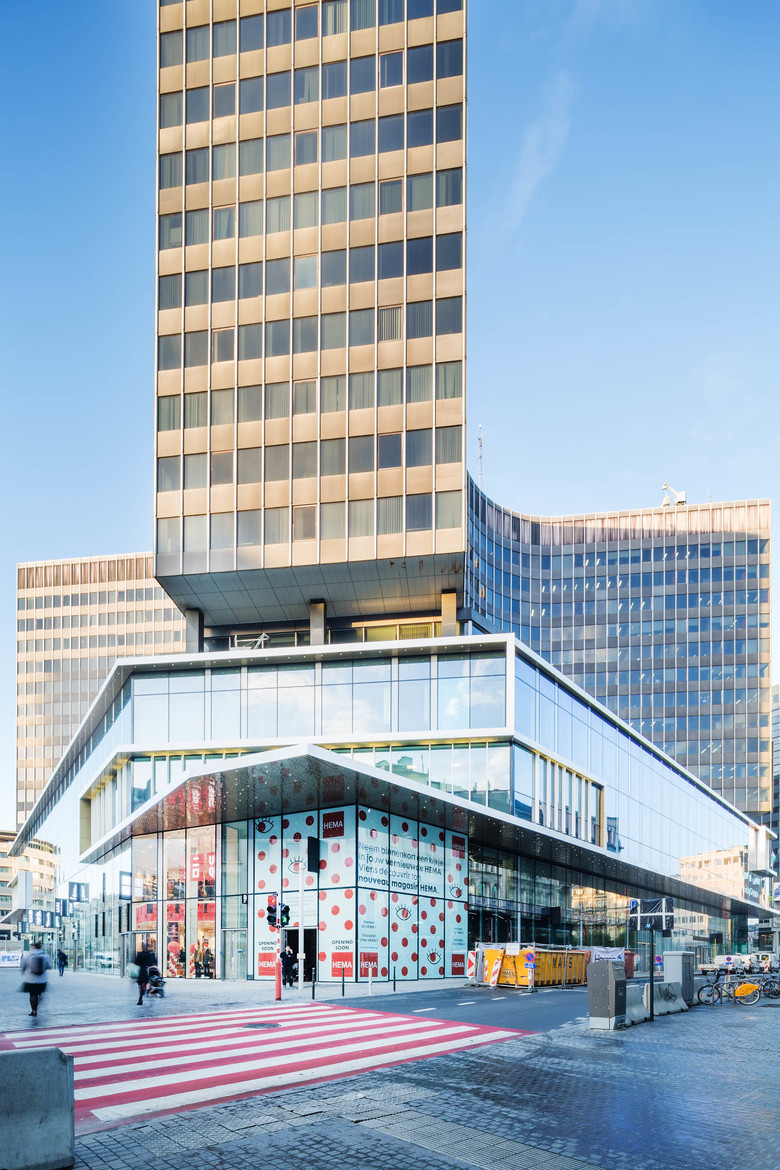 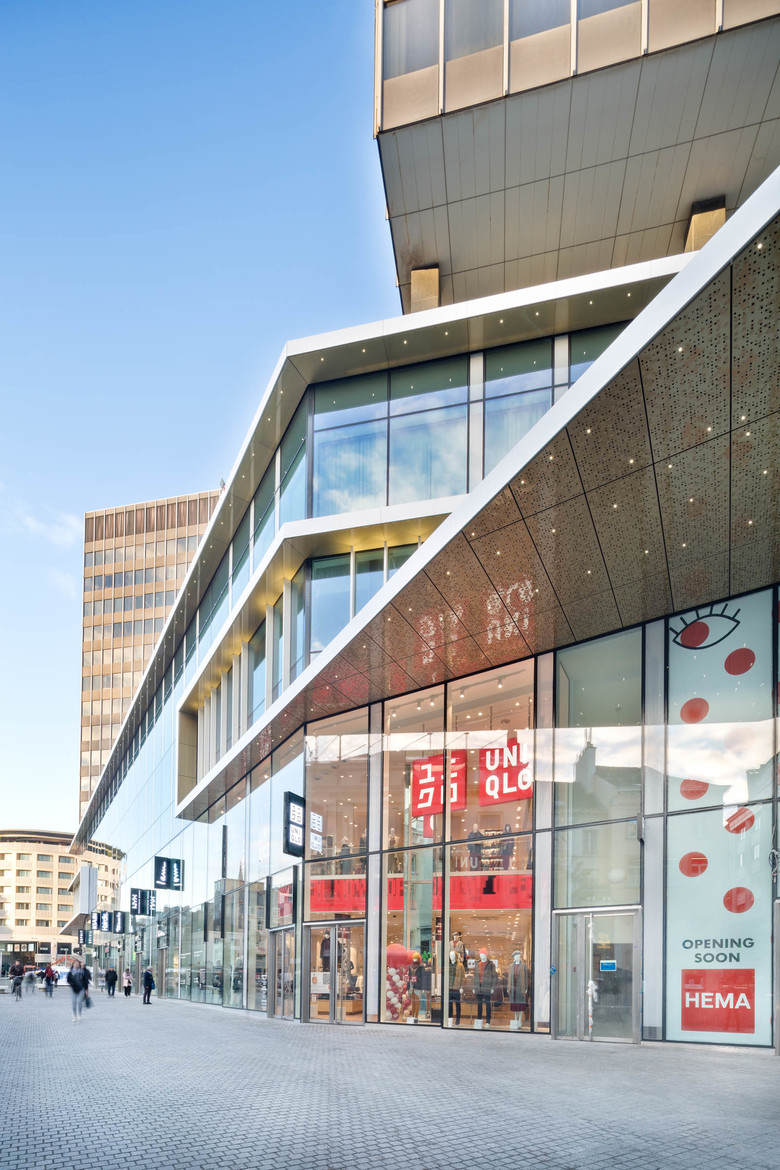 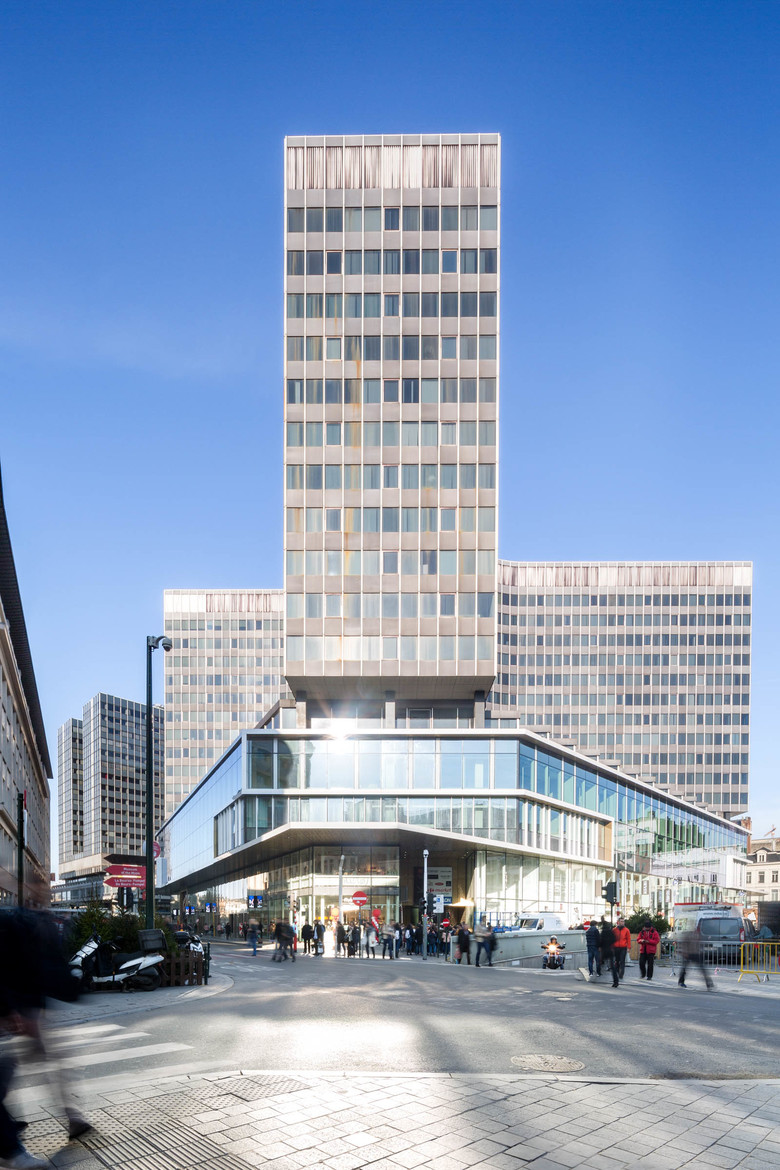 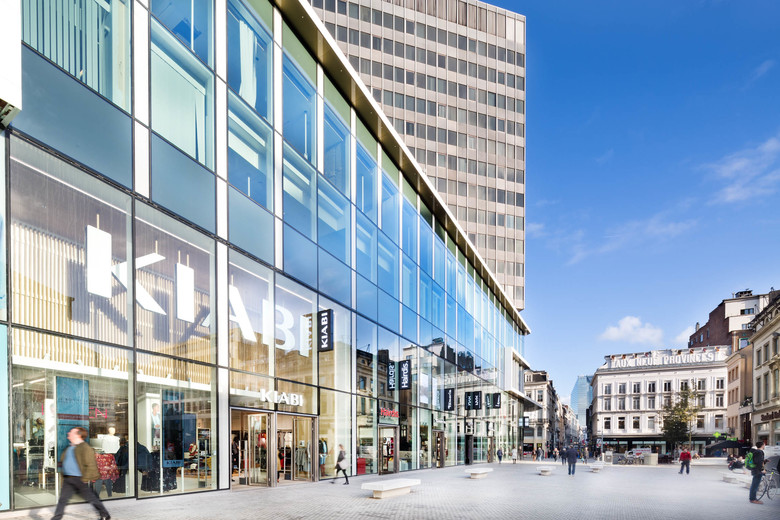 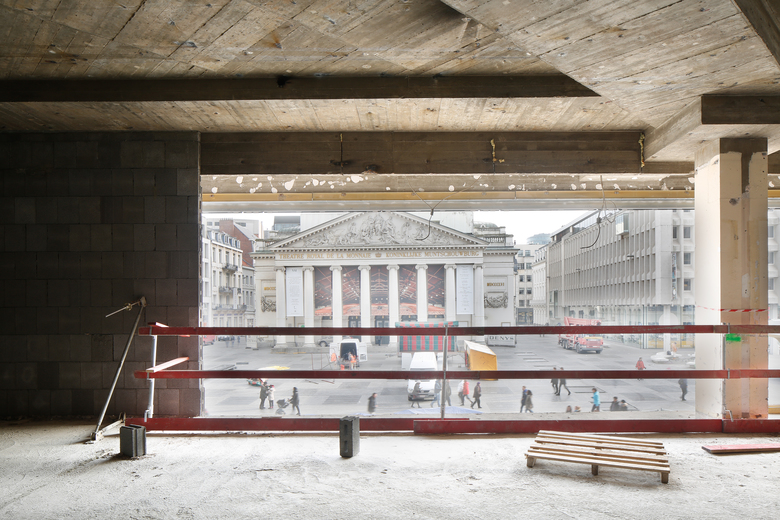 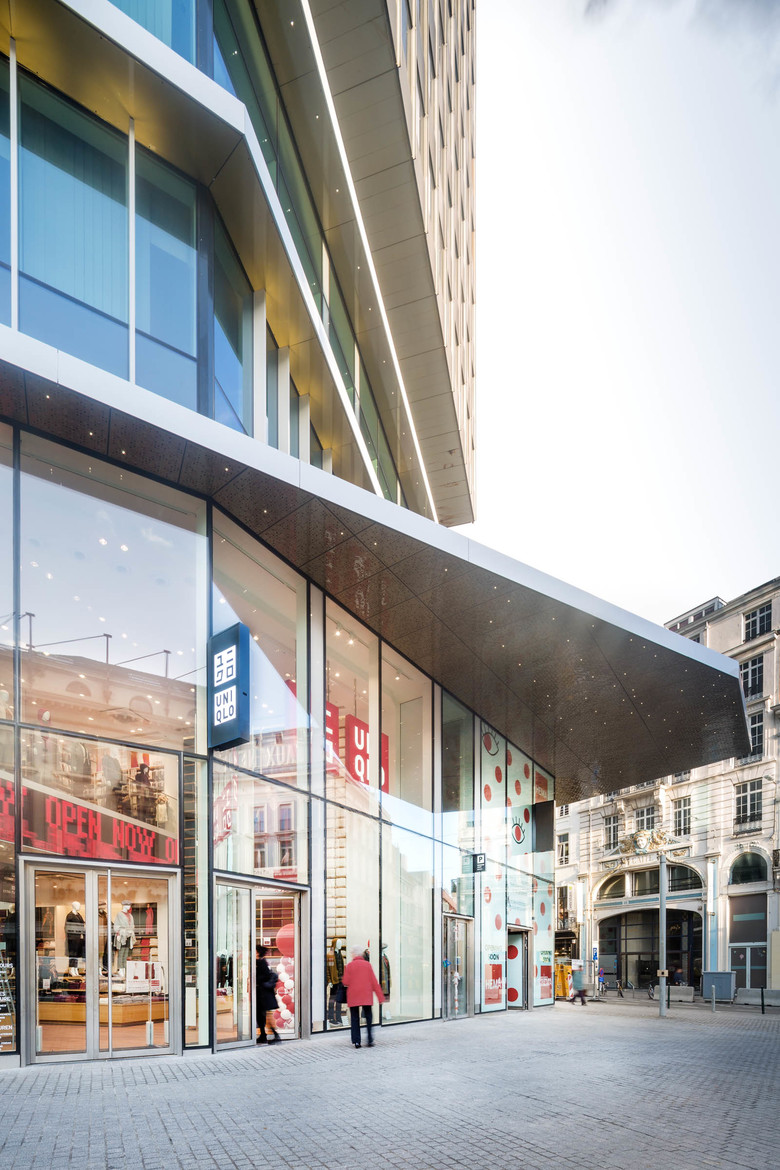 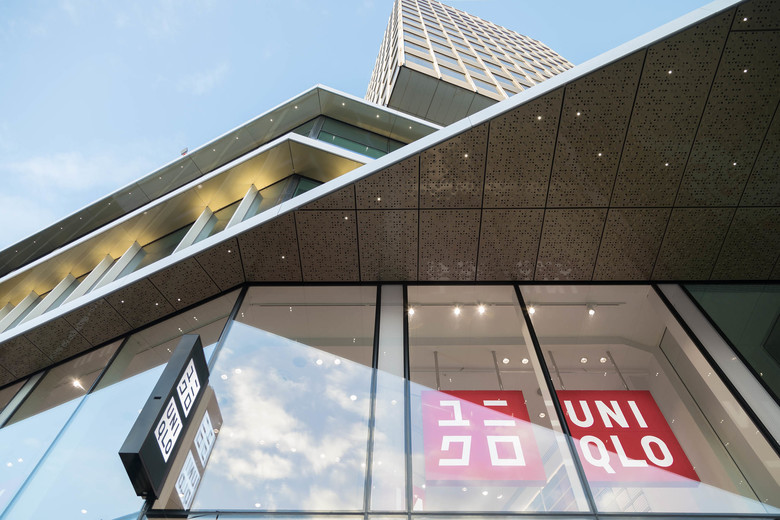 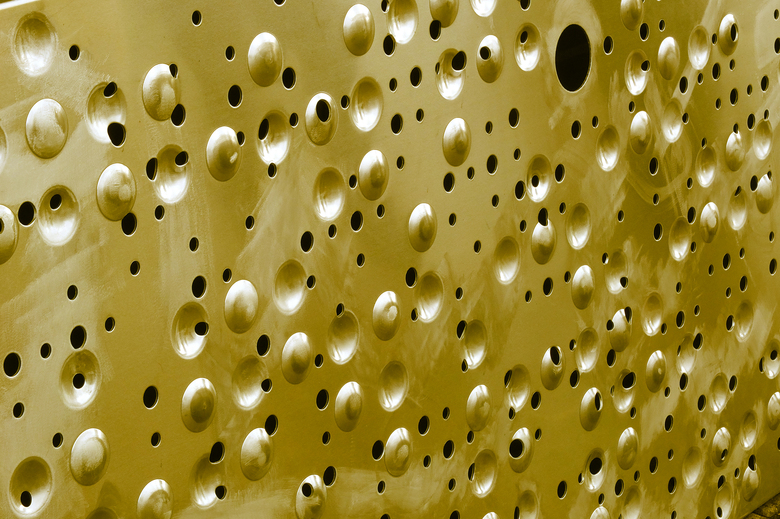 Situated opposite the famous La Monnaie opera house and a stone's throw from the rue Neuve, the 'Centre Monnaie' is an iconic building in the centre of Brussels. Three floors of shops have been redeveloped and the façade of the ground floor has been entirely renovated.
The contemporary treatment of the shopping centre of the Centre Monnaie fits in with the history and the scale of the surroundings, and engages in dialogue with the cultural centre of the La Monnaie opera house. The project respects the existing city views, such as those from the place de la Monnaie and from the ends of rue Neuve and rue des Fripiers, or along boulevard Anspach. The project is home to a mix of shops, which are complementary to those in the city centre and facing the public open space. Particular attention has been paid to the flexibility of the project, which has incorporated tremendous versatility into the retail space. The project provides a new entrance to the De Brouckère metro station on the corner of place de la Monnaie on the rue de l'Evêque side.