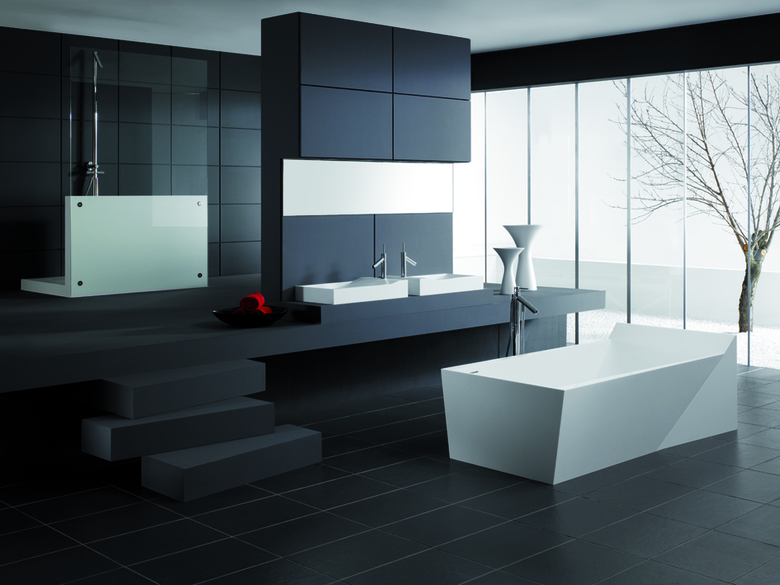 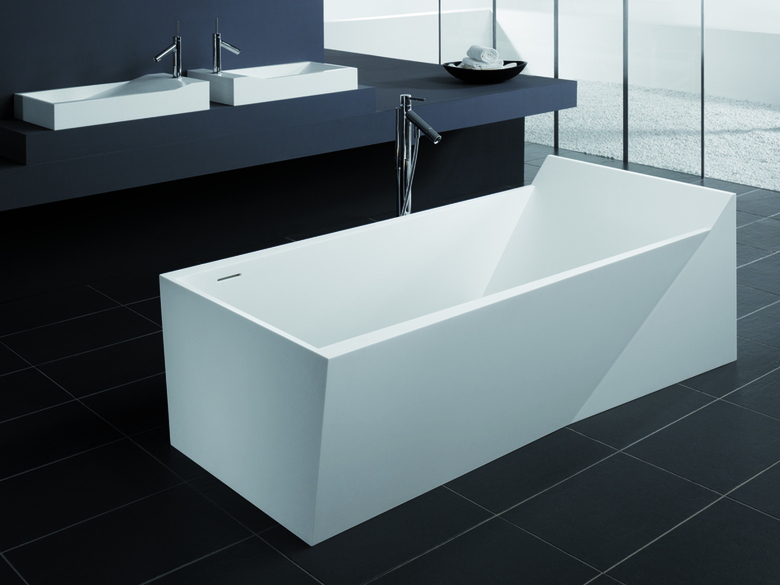 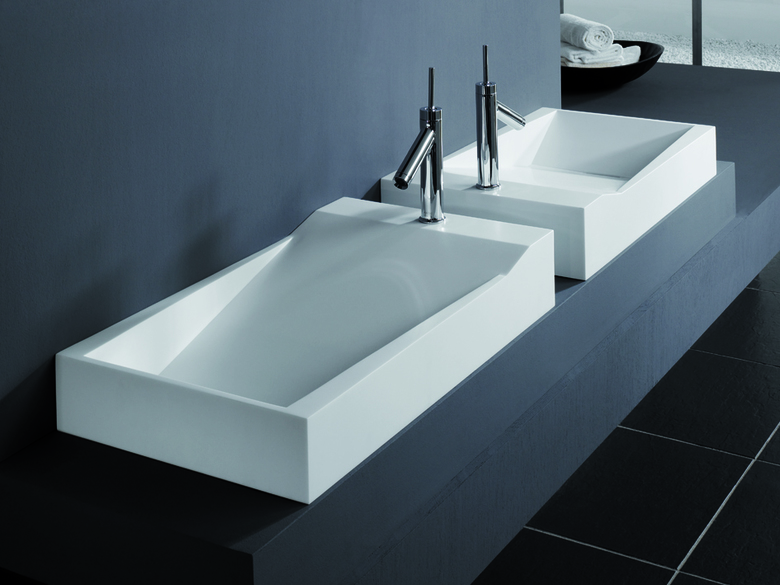 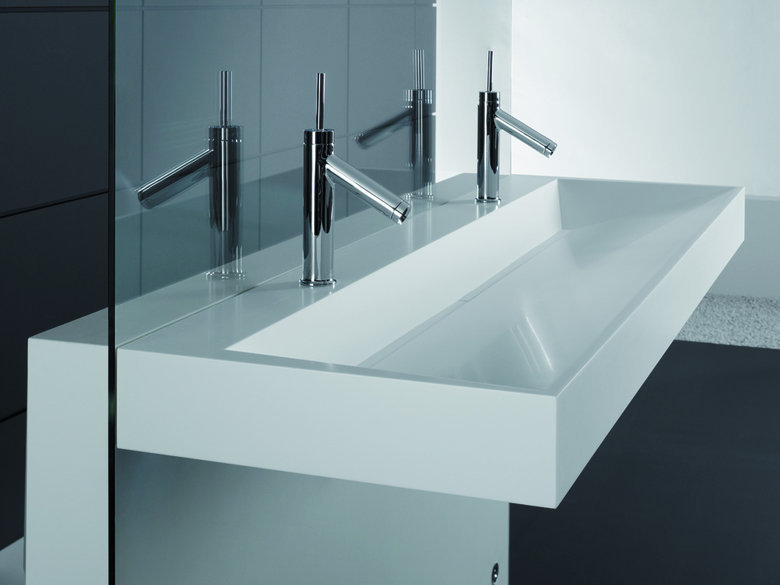 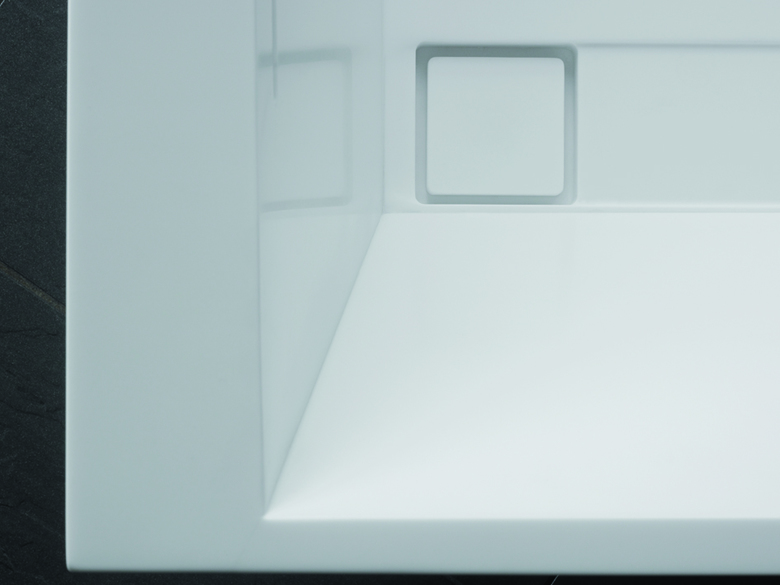 The CX bathroom series is the result of a unique collaboration between Conix Architects and Domovari. In 2009 the collection was rewarded with a prestigious Good Design™ Award.

The basic concept behind the sanitary collection lies in the action of folding. Approaching the composite material as a white blank paper and operating on it following the process of cut & fold, we created a new formal language which is defined by the limited possibilities in modifying paper. This approach guided us to certain design solutions such as avoiding joints, holes and all operations not strictly belonging to the original concept. The result we achieved also considers all limitations that the molding process implicates such as working with one-cast-materials, which also suits the original concept of one folded surface. We created a collection with a strong concept and identity, but which is at the same time realistic in production and can be placed in any contemporary interior.

The shape of the wash basin comes from the idea of a continuous surface that defines the wash basin itself and which folds out on one side creating a little horizontal surface as a support for toilet supplies. The surface folds then on the two long edges creating the sides to contain the water, which flows away to a linear gap following the same formal language. Flexibility is also a very important aspect of the wash basin; the same element can be installed in three different ways, adapting to every bathroom layout: the wash basins can be installed next to another obtaining a continuity of the two folded surfaces. They can be attached to the wall with the short side, or they can be put on a tablet.

For the bath tub, the main difference lies in the expression of the concept itself: while for the wash basin flexibility and adaptation were of crucial importance, we created a more sculptural element for the bath tub. We gave the bath tub a stronger visual identity in order to make it an important actor in defining the room’s general atmosphere. The position for the installation also originates from the same reflection. The bath tub is a free standing element meant to be seen and experienced 360°. Each side is finished and visible; three sides have a visual value and the back side contains a niche for towels and other toilet supplies, using the space between the inside and outside that would otherwise be lost.

The walk-in shower can be built in or can be placed on an existing floor. The glass surface does not reach the ceiling, but is fixed onto the shower wall. This allows the shower to be installed in each interior, irrespective of the height of the ceiling. The shower unit presents itself as a separate object without predominating. The openness of the shower concept is supported by the shower wall, cast in the same material as the shower floor. By combining the shower with the double wash basins, a sanitary element is developed which is very suitable for smaller rooms and hotel rooms.

The wash basins as well as the shower unit and the bathtub have a distinct identity forming one whole. This allows the different elements to be used separately or together.