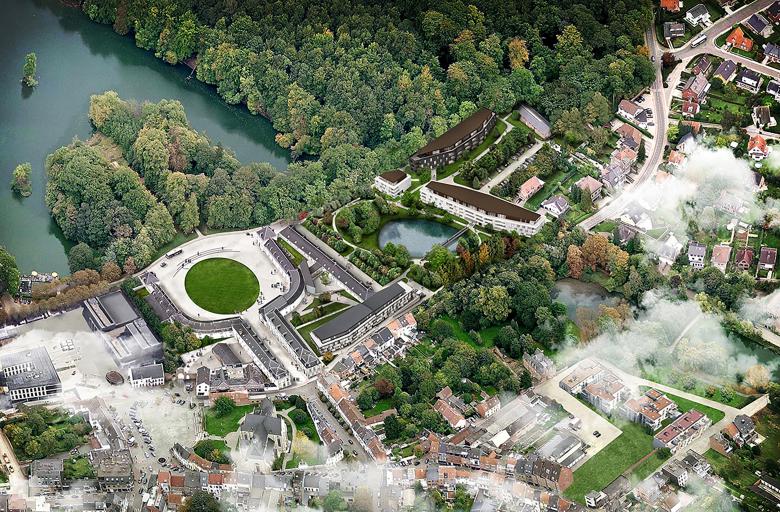 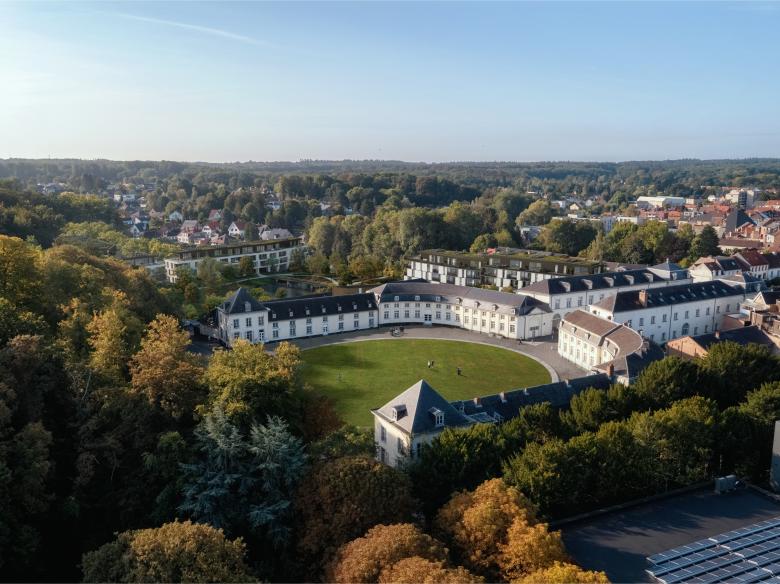 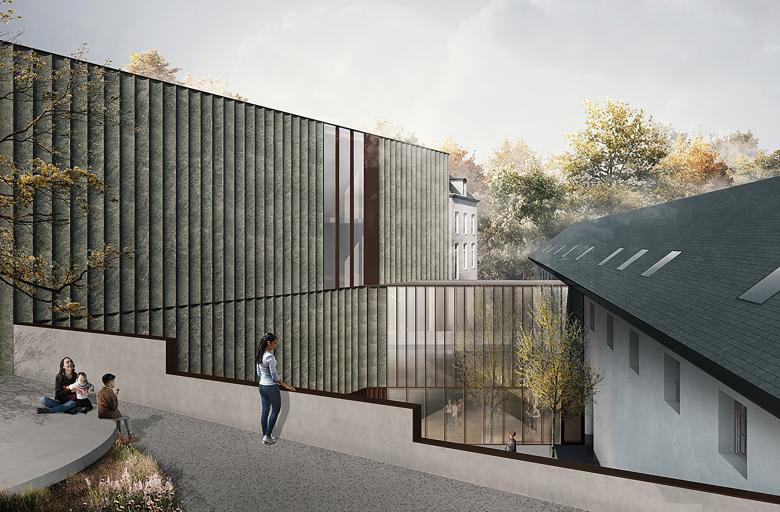 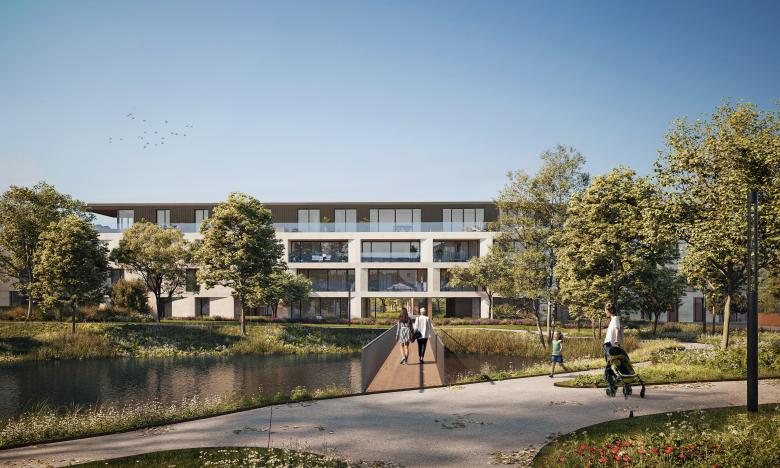 The new lake part of the landscape design
Visualization © Nanopixel 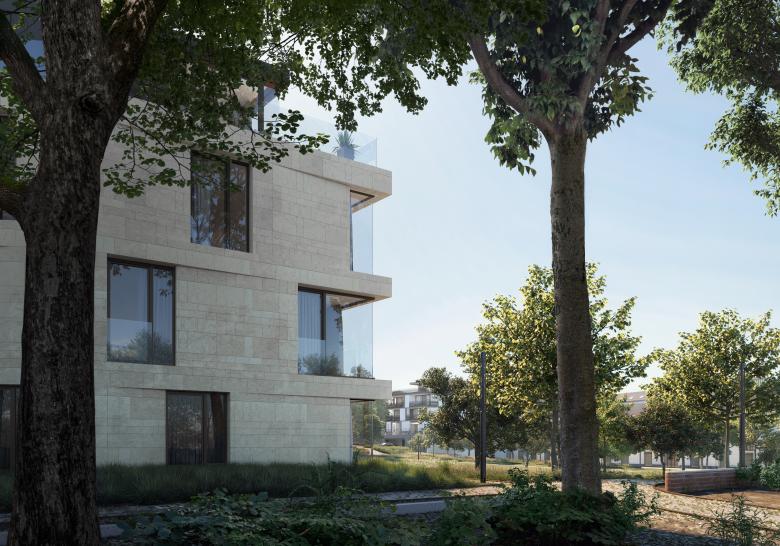 Detail of the facade of the Toren building
Visualization © Nanopixel 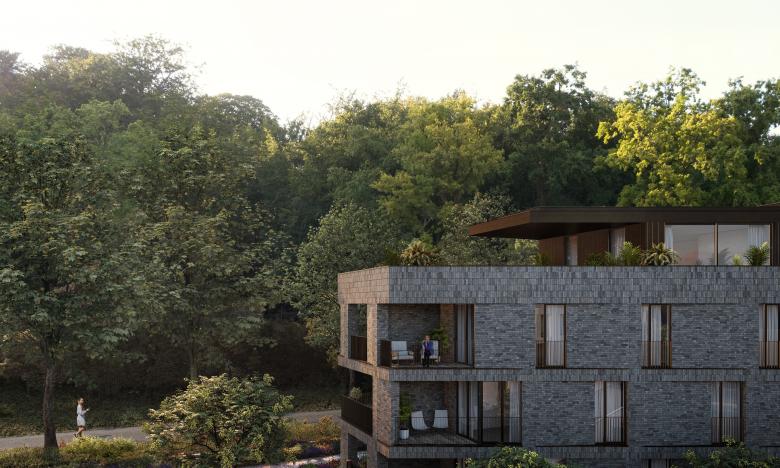 Detail of the facade of the Park building
Visualization © Nanopixel 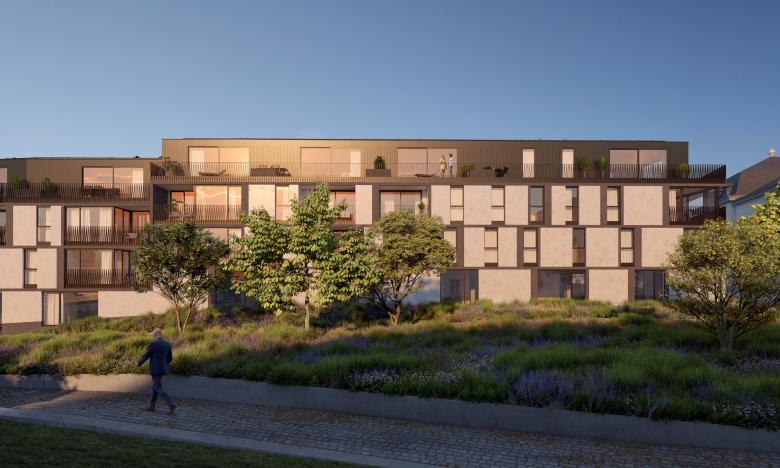 Detail of the facade of the Poort building
Visualization © Nanopixel 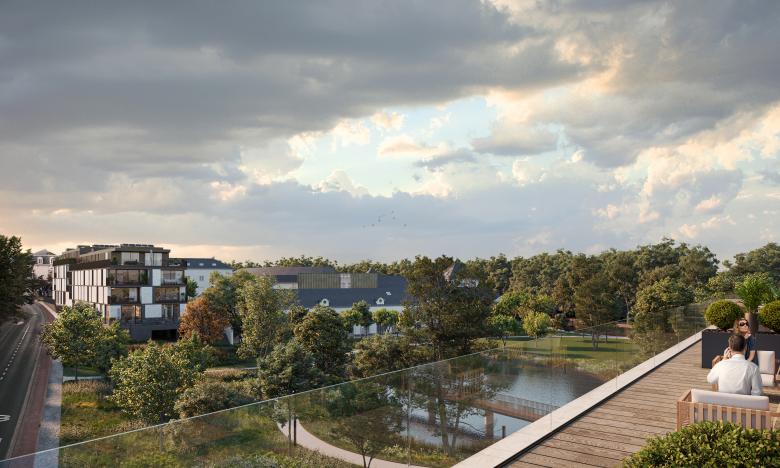 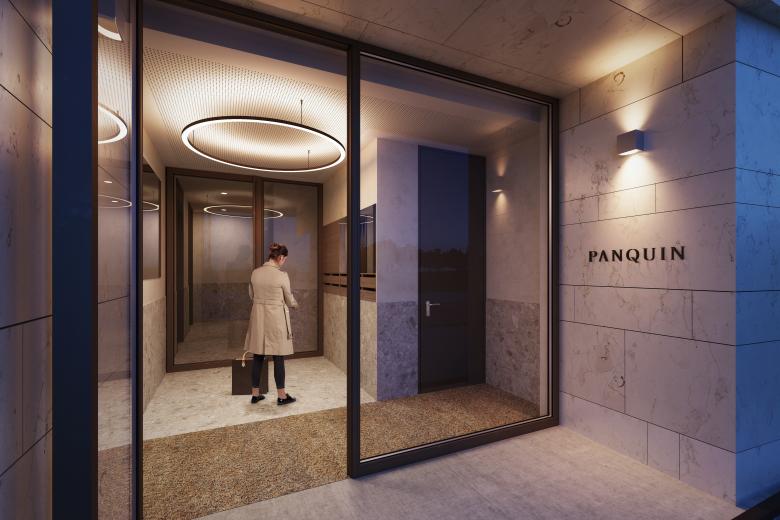 One of the common entrances
Visualization © Nanopixel 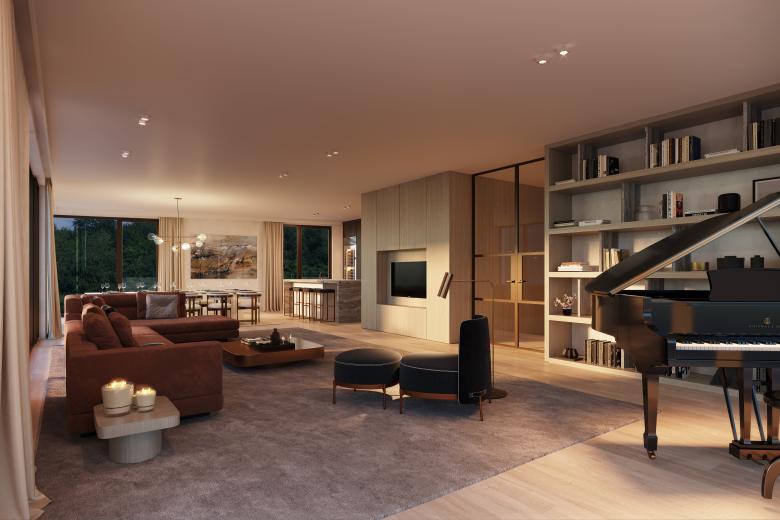 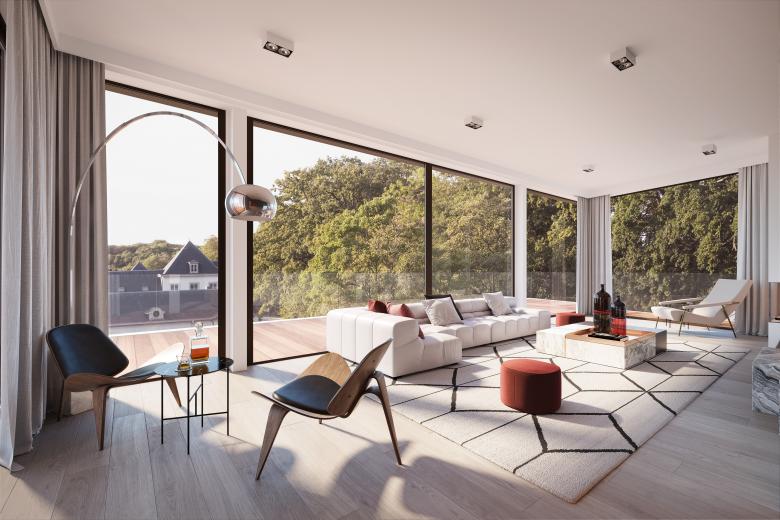 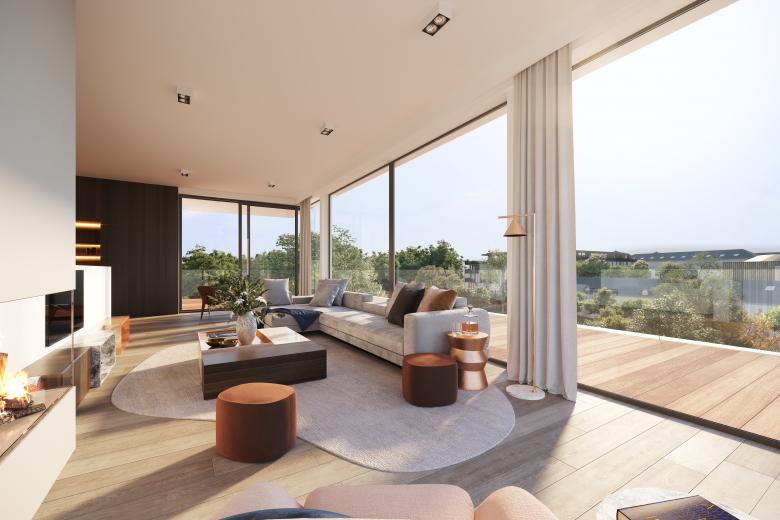 Interior of an apartment
Visualization © Nanopixel

Since founding their office and their research group at C+S, Carlo Cappai and Maria Alessandra Segantini have been working on several heritage projects, in search for a new balance between the social needs of the communities and the environment.
C+S Architects gets the go-ahead, including the permissions of Monumental Heritage and of the Institution of Protection of the Landscape for the construction of the urban regeneration project of the area of the Former Cavarlry Barracks in Tervuren, 15 minutes from the Belgian Capital. With a total investment of around 90 million euros, the project foresees the restoration of the historical complex in the shape of a horseshoe immersed in the secular park that also includes the Royal Museum of Central Africa, recently opened and the building of the Orangery, which will be transformed into buildings for hospitality with a luxury hotel for a total of 108 guest rooms, restaurants, lounges, and SPA, which are also open to the local community, residences, offices and services.

The careful study of the historical documentation of the textures and processes of transformation of the existing factory have allowed us to identify some of the points where to insert new elements capable of generating a process of re-stitching the urban continuity.

The redesign, in contemporary key, of a square raised to the original level (as shown in the historical maps), has allowed us to conceal within the bulky massing of the parking and the SPA, through a new coupling between the body-plan and curvilinear in the Orangerie, putting in communication the different bodies of the factory as well as giving strength to the continuity of the public spaces, the real backbone of the project.

To close this public space and protect it from the driveway, a new block is added that houses residences, special, services, offices, and laboratories.

Great attention has been paid to the definition of the facades of this building, its relationship with the historic buildings, opting for a translation, in contemporary key, of the historical elements: from the crowning in the shingles (which we replace with the zinc is oxidized instead of the slate), to the frames of the windows, that become frames in elements cement-based additives to the batch fills in lime shaved, white colour.

The raised piazza will reach the park with a journey that takes grazing the historical pre-existing wall, which is in part maintained as a testimony of the fence that historically enclosed the complex, and which is now opened to the city. In correspondence of the portion of the demolished wall, is a small bridge that crosses the new lake proposed as a basin for collecting water, completing the series of small lakes, before the junction with the great basin water of the park.

On the opposite side of the park, towards the candid building of the Orangery, are grafted two new volumes of residential upholstered in Biancone stone with a crown in Blue stone local, generating even a contrast between the volume of the base and the crown.

Turning to a last square is more informal settlement and the same building is crossed by an underpass that cuts in correspondence of the historic wall that here is again preserved and encloses this green open space. On it stands a further historic building, a brick building that will house a restaurant and a last residential block in brick and black zinc coating, dard oxidesed, to converse at a distance with the first former one facing the historic complex. On the opposite side, to close the system of public squares, a passage through the restored complex connects with the public space, an oval public space iinside of the horseshoe.

“We have always been particularly interested to address the relationship with the memory and identity of places, creating a dialogue between the techniques of the past and the contemporary. With this urban regeneration project we are proud to give back to the citizens of Tervuren a part of the city today unaccessible - say the architects -. In this case, the relationship between the old and the new was solved by inserting a series of micro-urban squares, pedestrian spaces, able to sew together the different elements of the project, and reinvent the public space as a space of play, stop, market, fun".

Other Projects by C+S Architects