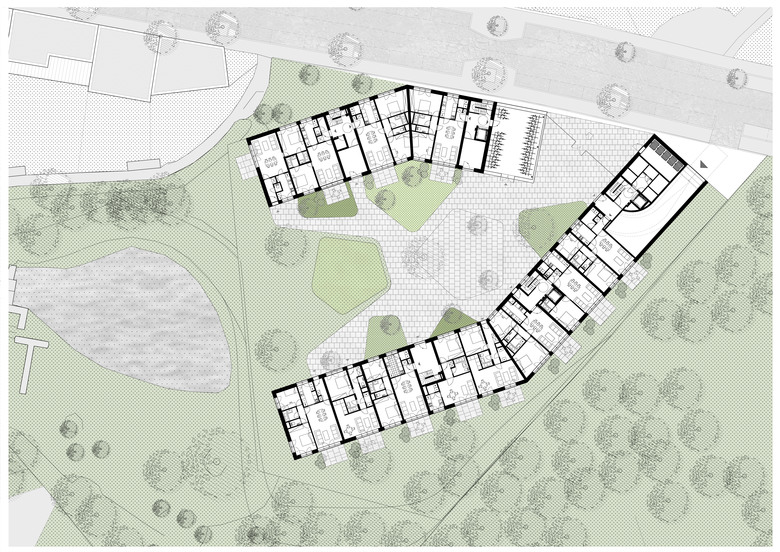 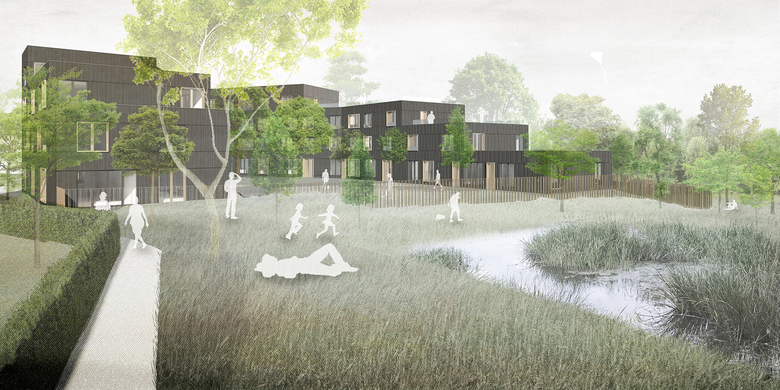 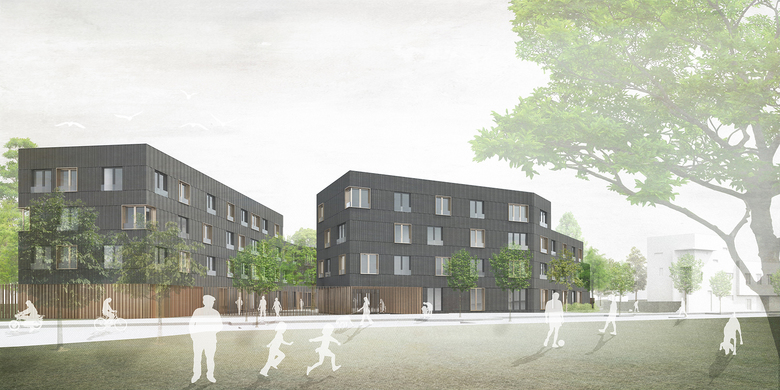 The project occupies four floors in order to respect the existing sizes along the road and continues along the edge of the property on the eastern side, being lined up with the layout of the garden-city of Melkriek. It preserves the privacy of the existing dwellings and the site’s landscaped qualities. The volumetry folds itself, develops itself and stretches itself to open up to the landscape, to create volumetric transitions and to offer a visual permeability of the the middle of the block. The general use of textured concrete reinforces the three-dimensional aspect generated by the folds, the recesses and the slight variations in the sequences. The resulting form respects the existing views of the neighbourhood and offers the future dwellings a visual panorama stretching from the green zone in the south to the landscaped space in the west. A collective garden, which forms the entrance to the project, operates the transition between the public space and the pond, a landscape that continues on the roofs of the buildings, with large green terraces. It was developed by removal since vegetal pockets were removed in order to create footpaths and leisure areas. The soil’s humidity gradient defines the progression of the vegetation according to the topography of the plot.

Other Projects by Urban Platform