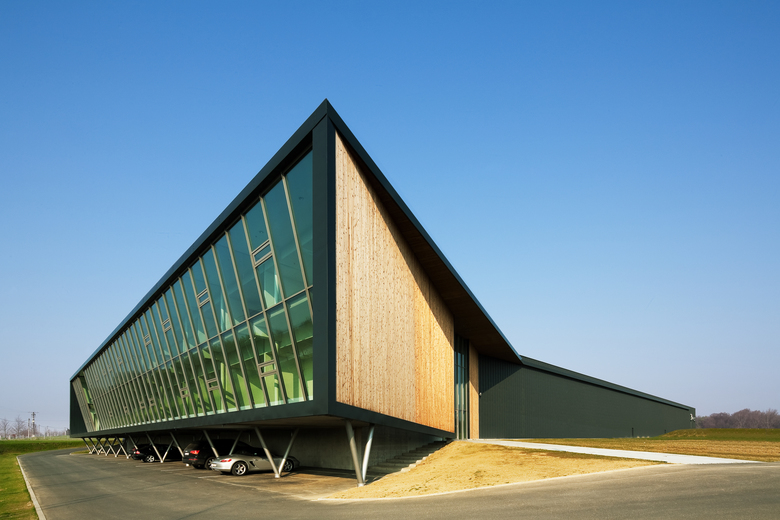 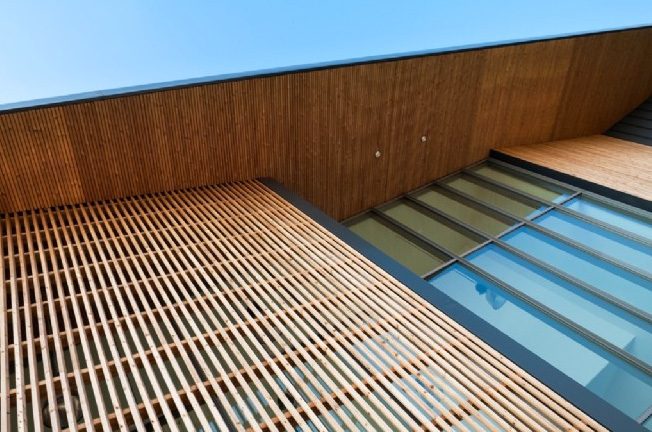 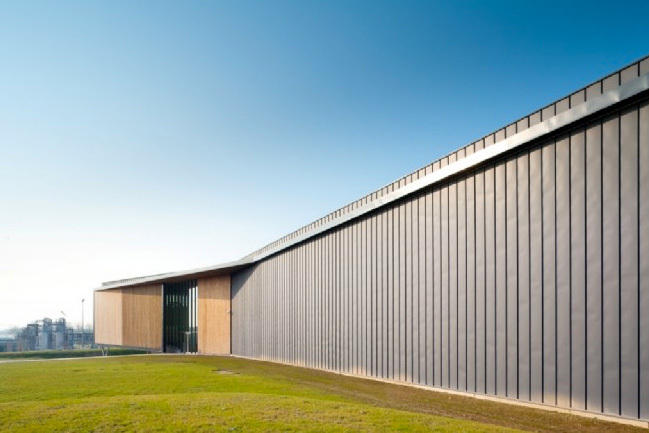 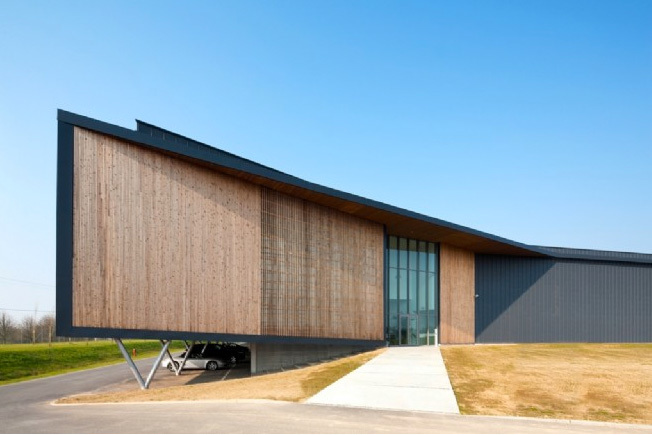 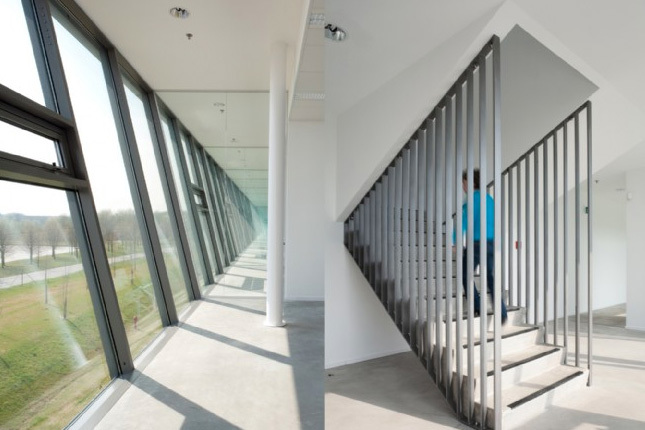 This low-energy project for a head office and storage and distribution site is set in an industrial park where the lack of aestheticism is obvious. Faced with this reality, this building did not shy away from making an architectural statement while respecting the economic context in which it finds itself.

A distinction has been made between the logistical activity and the management zone in terms of both location and finishings. The contrast is reflected in the use of different materials and in the clear cut in the main façade. There is nevertheless a desire to combine these two ensembles in a single architectural gesture to avoid excluding the productive order, too often foreign to architecture.
The use of wood in the façade adds a human, noble and warm dimension. The use of metal and glass refers to the industrial golden age.

Composed of straight lines, sharp angles and inflection points, the architectural idiom translates the company’s dynamism and the acceleration of the distribution processes, techniques and modes of organization. In contrast, the base, black, raw and inert, dissimulates as much as it reveals the building’s great flexibility.