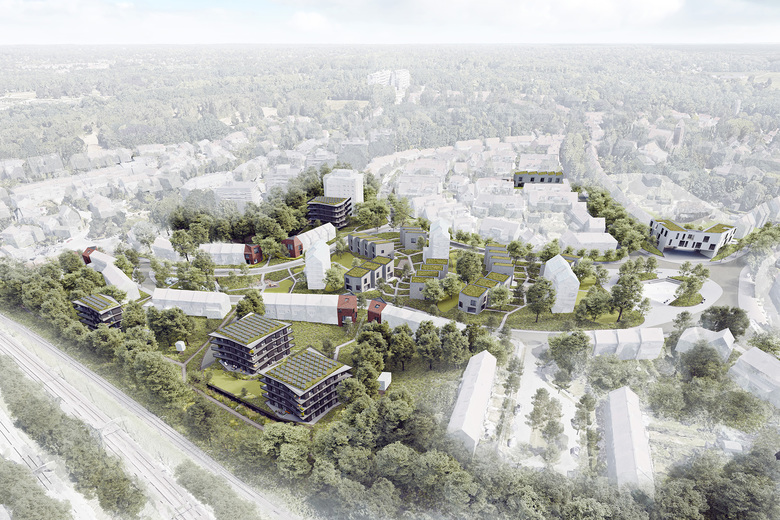 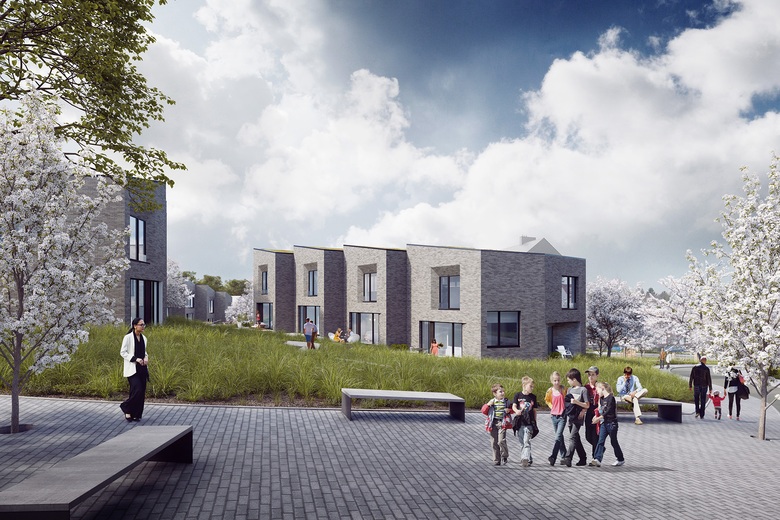 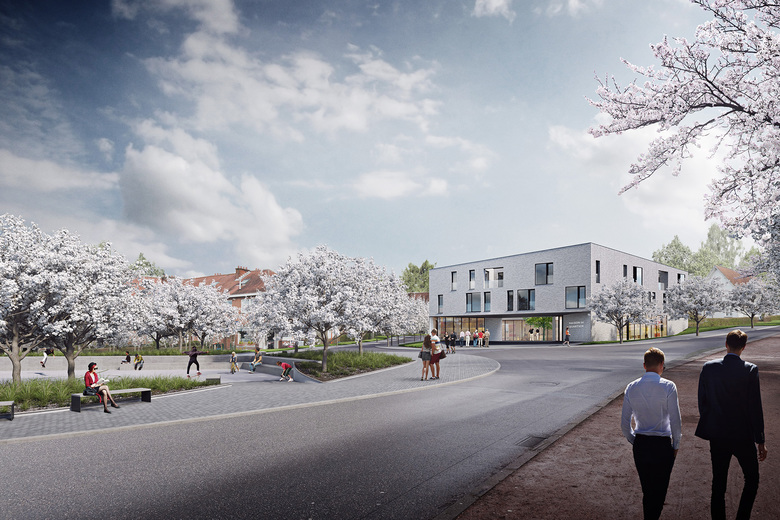 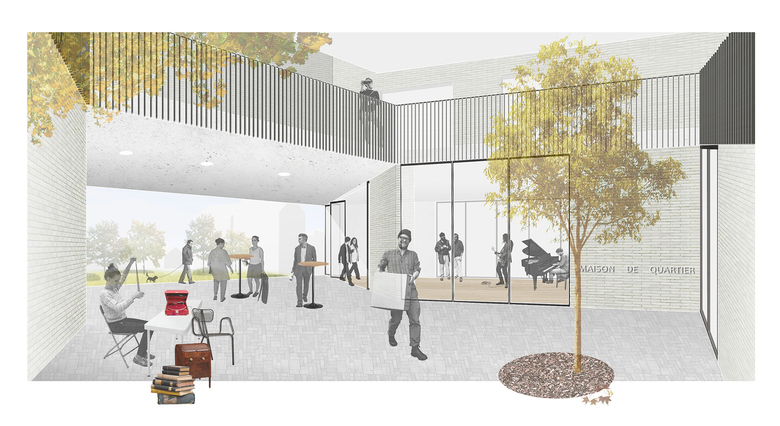 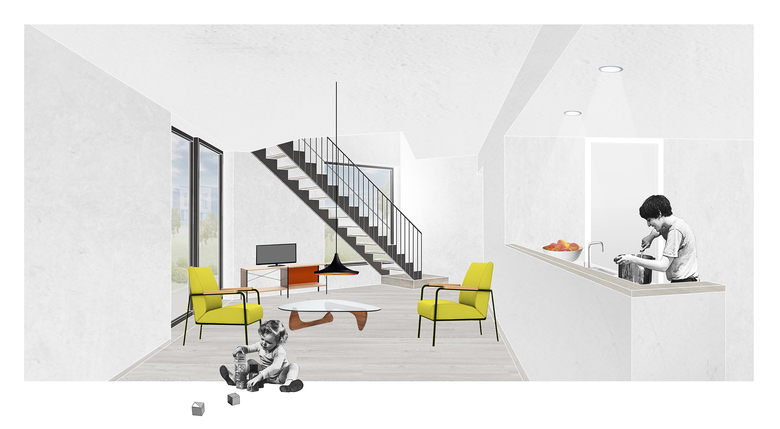 The project takes its place in the structure of the existing landscape, ‘a void in the mass’. It increases the density of this area by creating links between the blocks and by redefining the residual green spaces of the buildings. This preserves and reinforces the urban and architectural characteristics of the garden-city and respects its landscaped aspects.

The central block has been made less dense in order to preserve at best the perception of the existing topography and the green corridors, the anchoring points for the new 90 dwellings. They are connected to collective places, activation points within the site, federative places for the area, a quality environment, made up of exchanges and interaction. They link up to the paths already present in the context. The dwellings are moved to the edges of this zone without disrupting its urban coherence.

The erection of the different entities creates visual perspectives, preserves the panoramic view to the east of the central block and minimizes direct views while preserving optimal optimal sun exposure for all.

The increased density goes hand in hand with the clarification and hierarchization of the open spaces in order to preserve the quality of the existing dwellings, and to guarantee those of the new entities. This new structure makes it necessary to polarize certain parts of the garden-city devoted to the community while making it possible to create more private pockets offered to the residents. It induces the definition of a new centrality liable to build up the community, taking the form of a building and a public space.