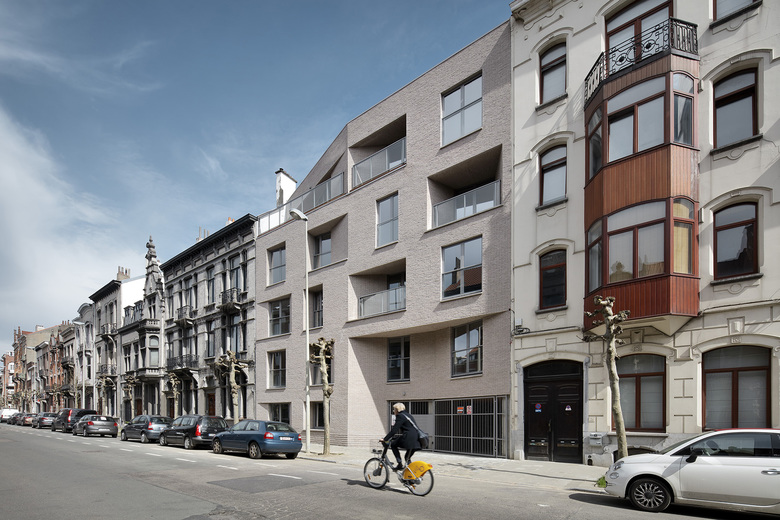 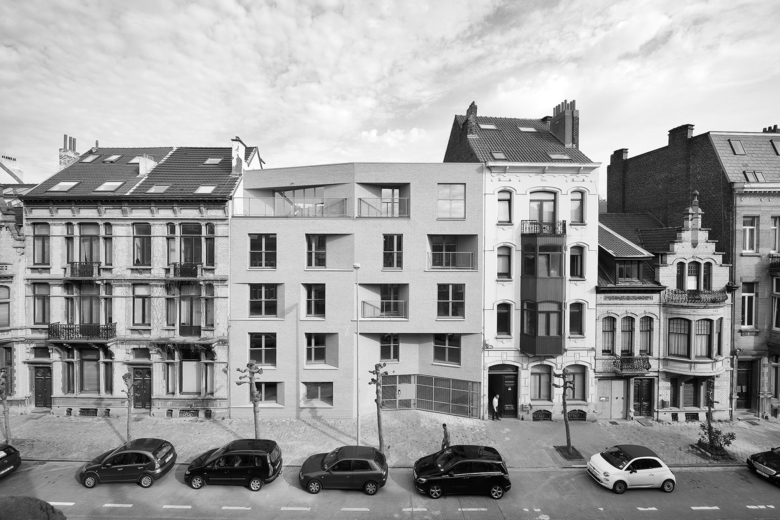 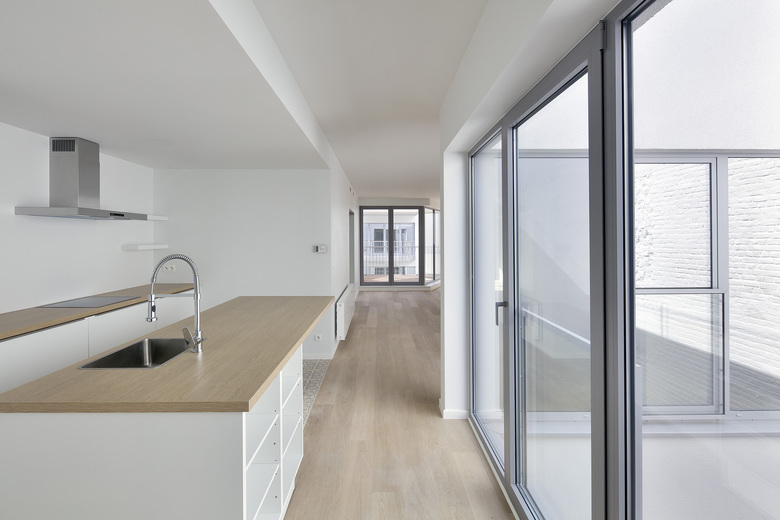 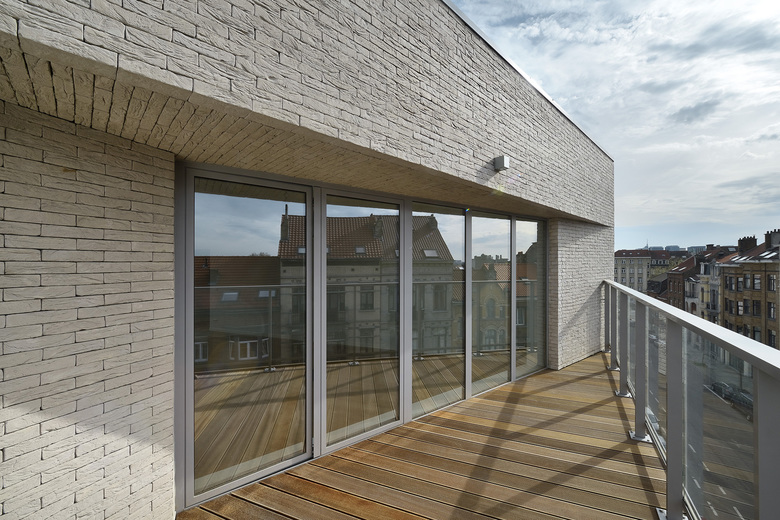 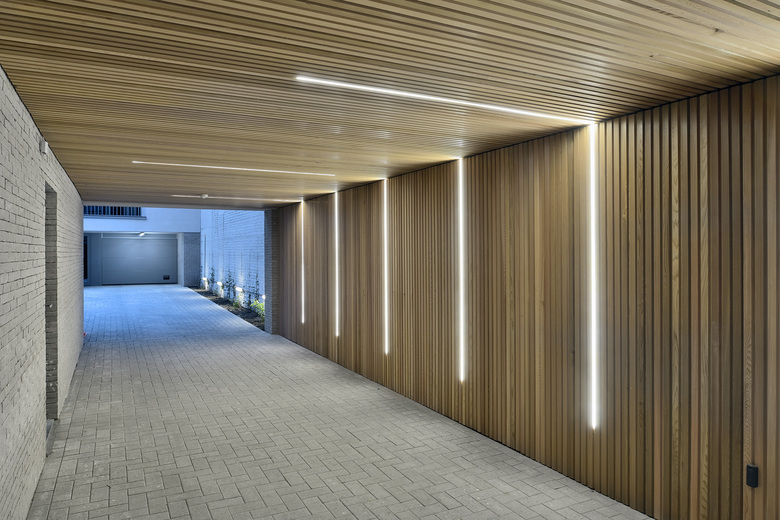 The façade is a sober and contemporary interpretation of the bow windows adorning the façades of the neighbouring houses while contributing a strict composition to the vertical alignments of the openings such as those of the adjacent constructions. The recesses formed by the depressions in the façade generate a relationship between solids and voids in dialogue with the existing context.

The rear building has been renovated and converted into housing. All the openings and the daylight openings have been made thanks to hollow spaces and patios in order to avoid direct views onto the neighbours and to steer the gaze towards the many trees present in the middle of the block. As regards the existing roof of the rear building, it has been converted into small ornamental gardens and covered with an (intensive and extensive) green roof.