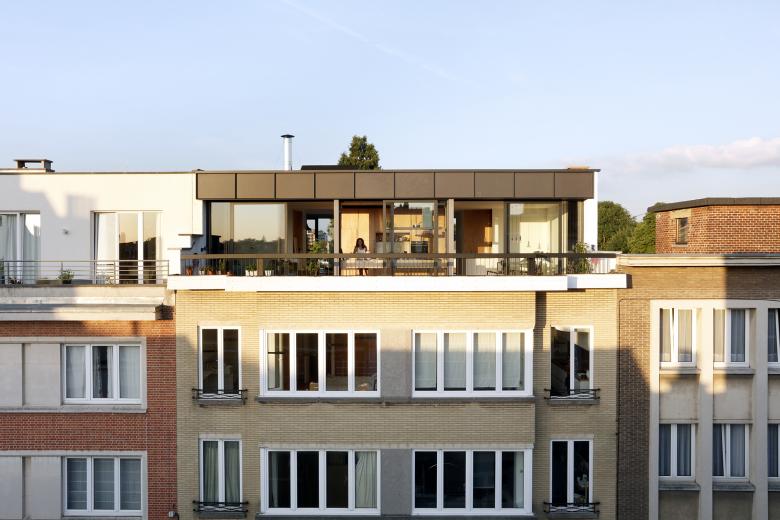 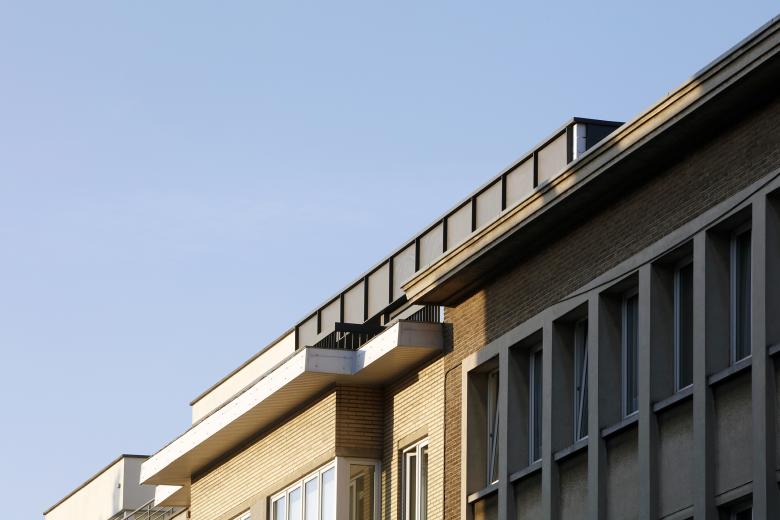 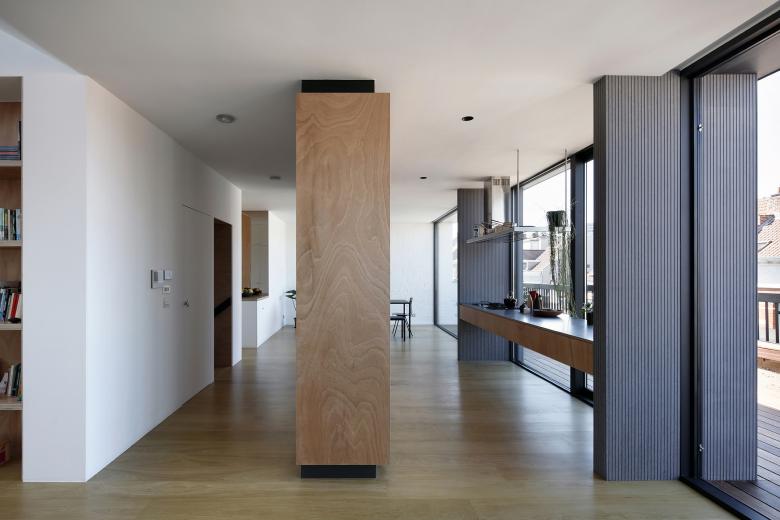 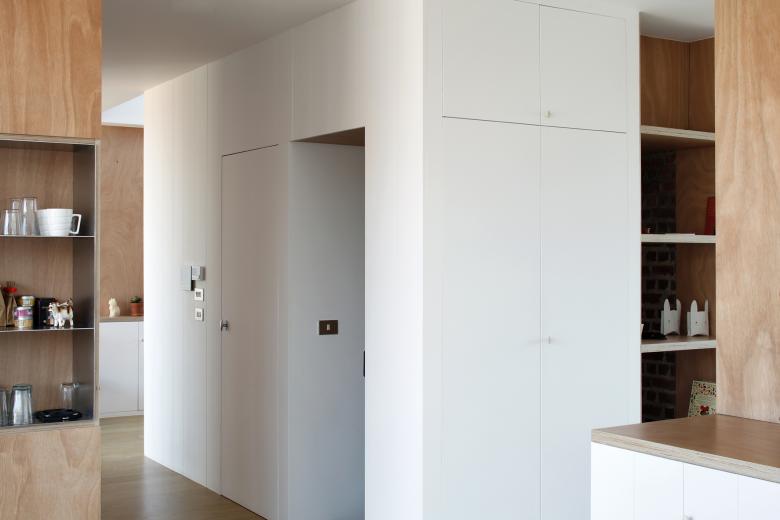 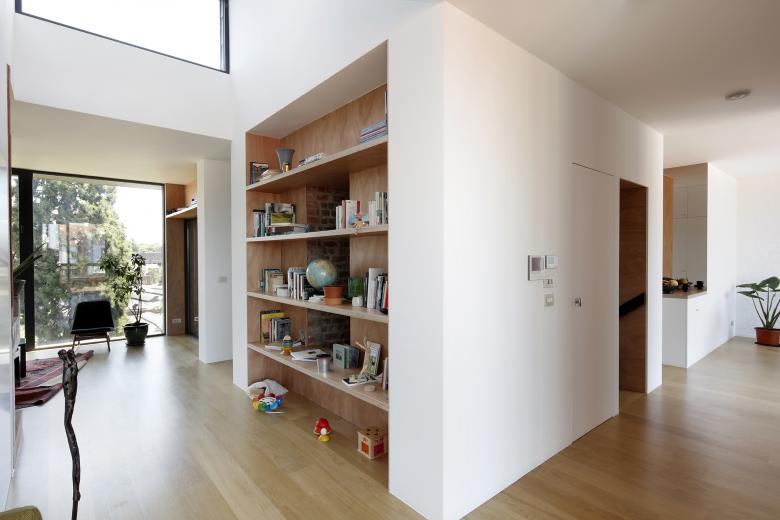 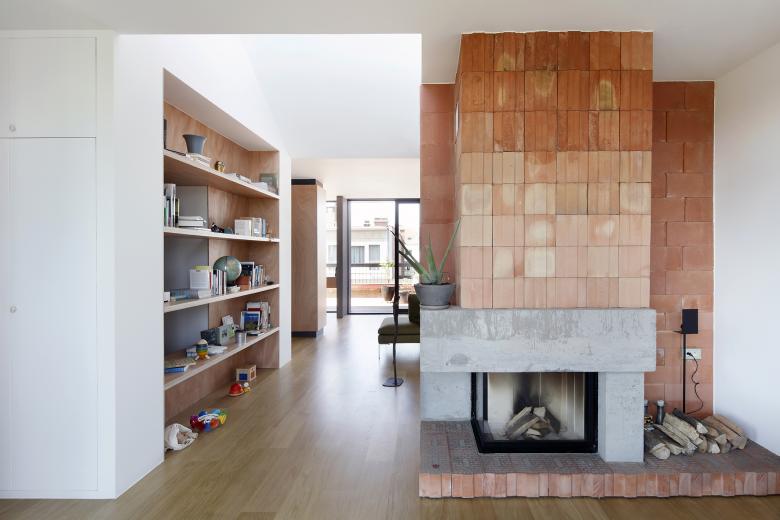 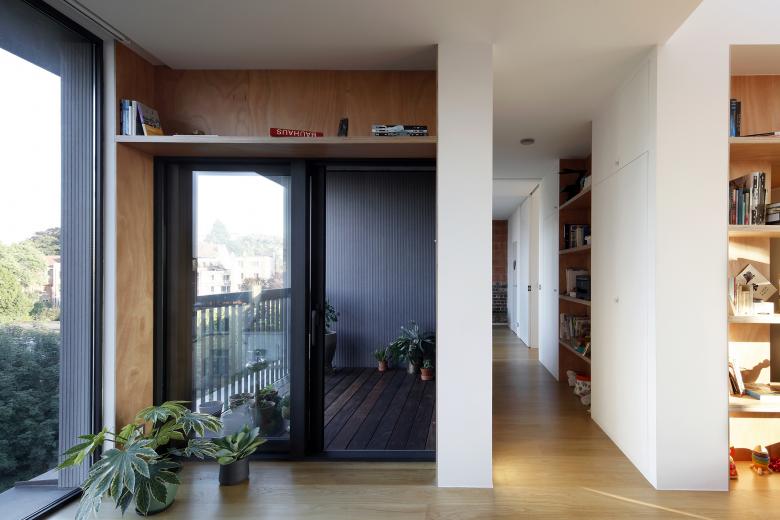 Lincoln is a 140 sqm roof extension of an apartment in an urbanized area of Brussels. The new roof hosts the living area of the apartment and offers two outdoor spaces. The existing floor was transformed into a private bedroom area.

SCALE
Barely visible from the street the extension responds to a new dimension, a roof-dimension. With a set-back, the new volume tends to be independent. Embracing an open view on the city, its landscape is a collection of roofs and far away towers.

UNDER ONE ROOF
One continuous roof lays on five cores. Completely transparent on both orientations, big large frames from floor to ceiling give the impression of a totally opened and suspended space.

At one point only, the roof opens up above the large in-between space connecting the two living areas, bringing morning light to the front façade and characterizing this space below with its higher and tilted ceiling.

CORES
The existing situation had 3 volumes scattered on the roof; the circulation core and two ventilation shafts. By inflating them with functions they become the structure of the plan.

The project is a fluid living space articulated by five cores: the circulation core in the center, the kitchen and the loggia on the facades and the sanitary and technical cores on the sides. These cores hosts all functions consequently characterizing the four corners of the plan.

MATERIAL
Cores are white volumes. Inside the thin white skin covering the cores, texture is reveled depending on the function. Okoumé multiplex for shelfs, buffet or bar, construction ceramic blocs and concrete for the chimney, wood and cement fiber for the logia and composite marble for toilets.