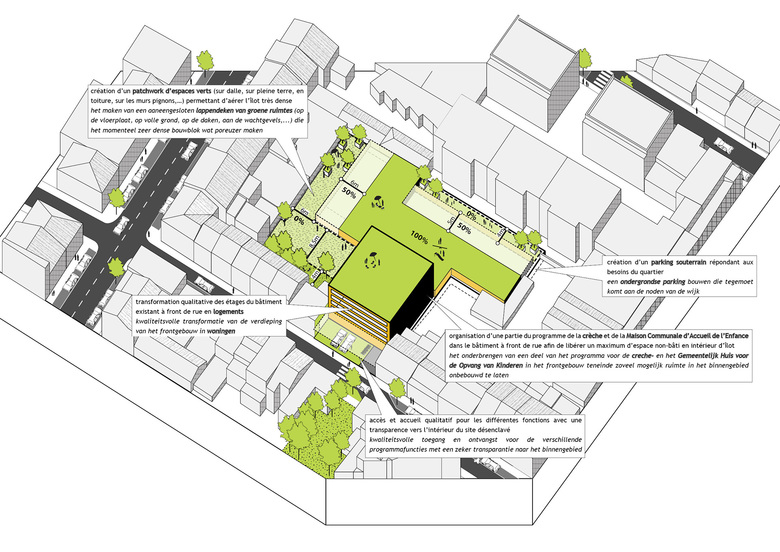 This project is the key project of the Coteaux-Josaphat neighbourhood contract. Its objectives are (1) the creation of a hub centred on young childhood by developing the synergies between the different facilities that either exist in the area or need to be created, and (2) the creation of a pilot project that seeks to clean out and gradually reduce the density of the entire block, improved water management, the creation of a patchwork of green surfaces, and the exemplarity of the buildings. After having studied different scenarios and their feasibility, urbanistic intentions were put forward, defining buildable zones, non-buildable zones, and green zones. By indicating invariable and open elements per zone, an optimal urbanistic integration of the project was considered, all the while realizing the ambitions underlying the project and developing the opportunities that the site has to offer.