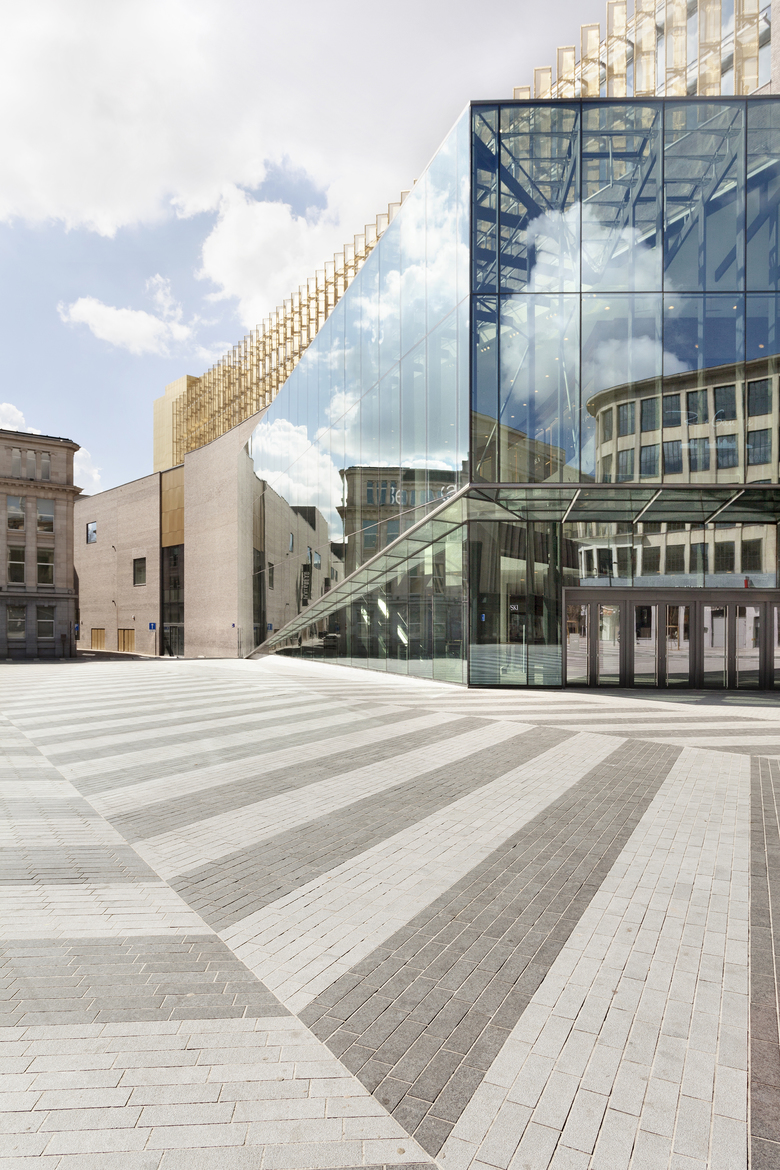 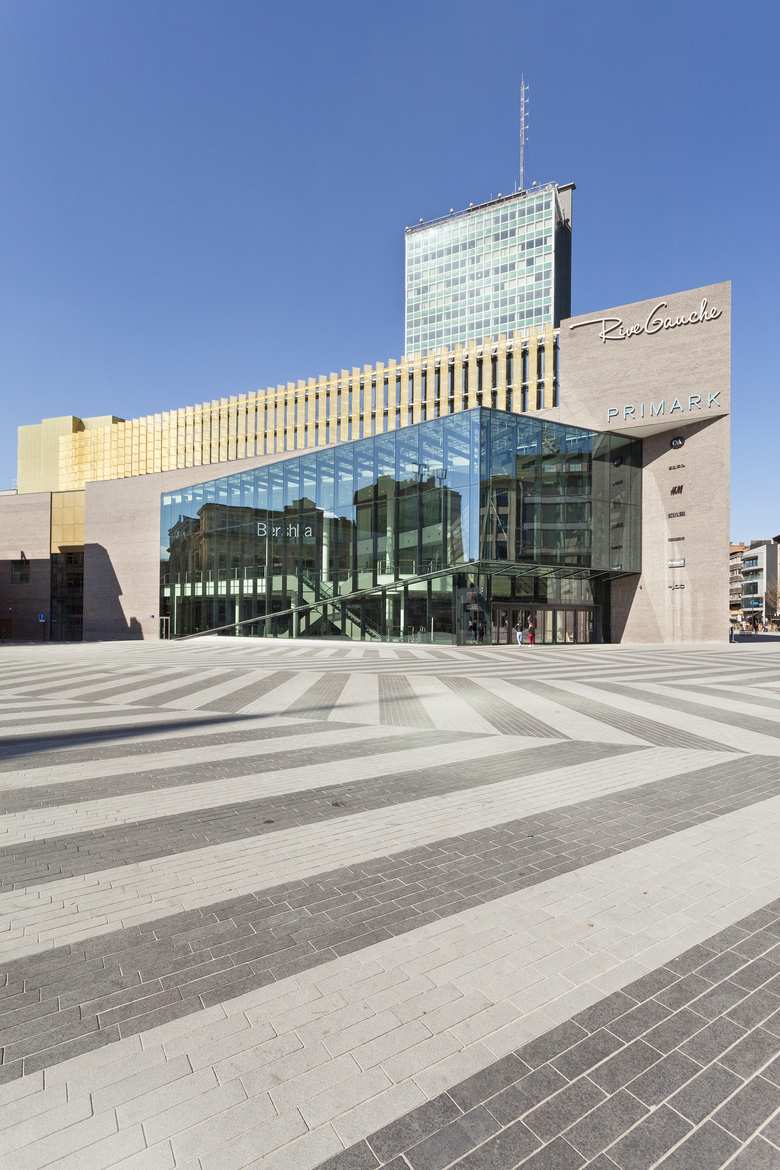 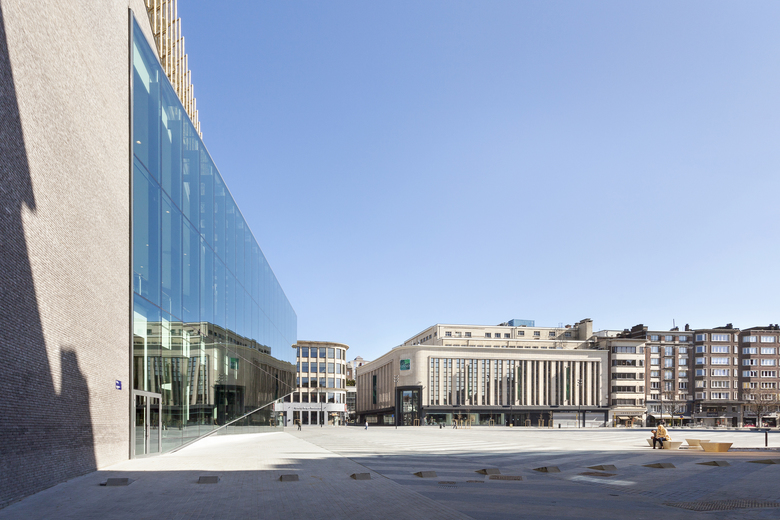 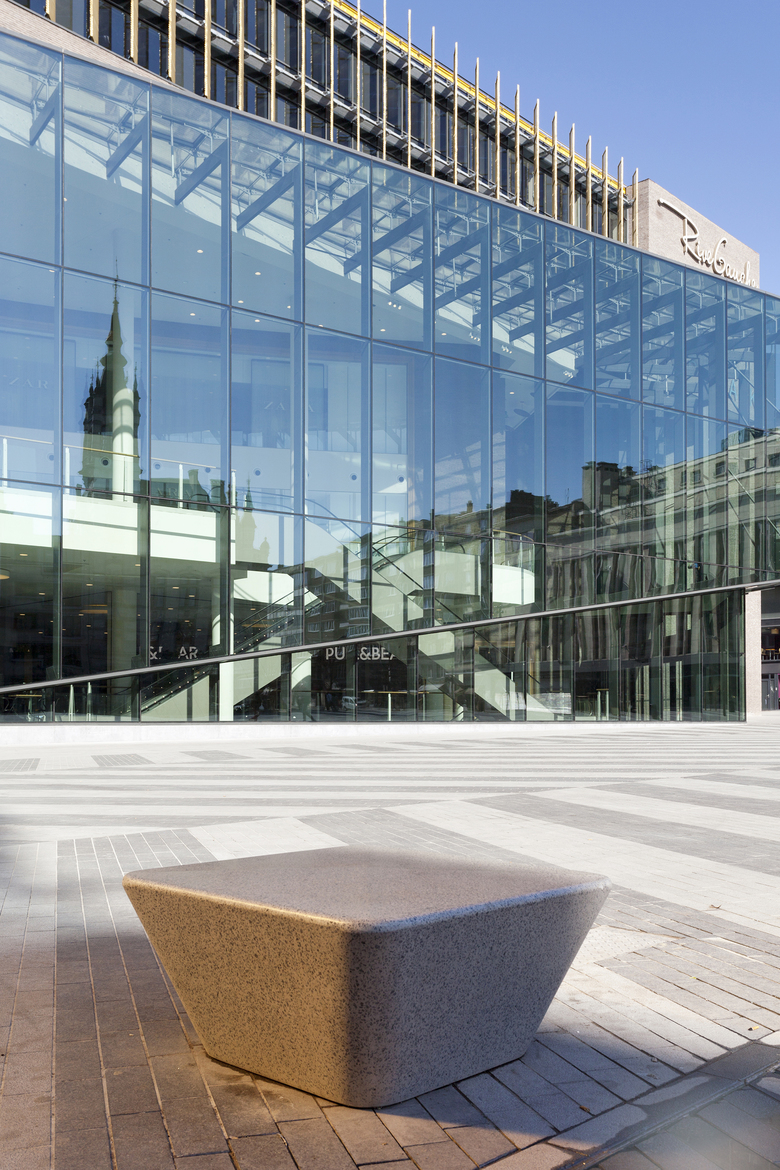 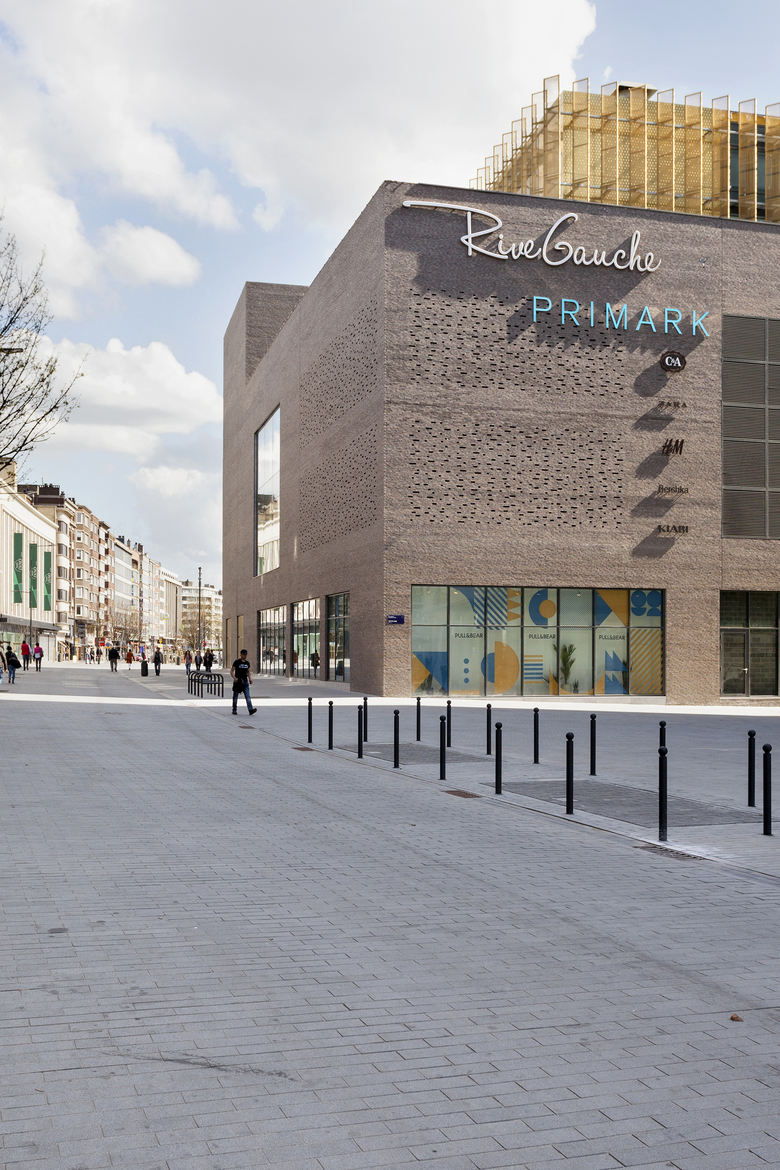 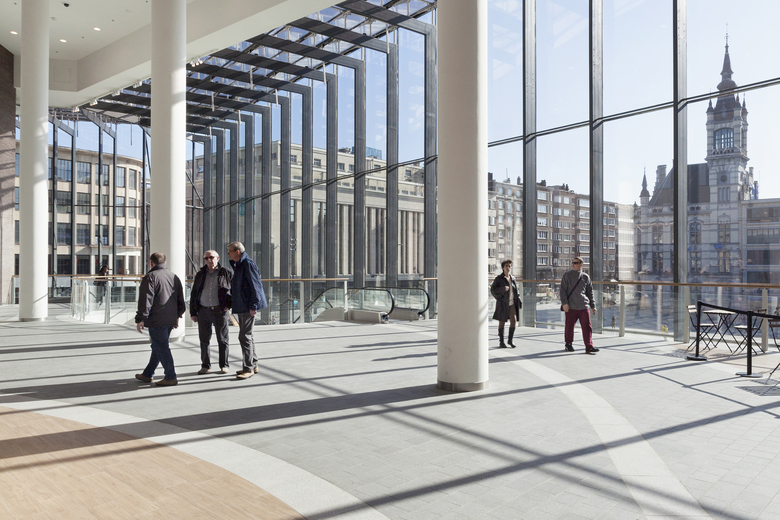 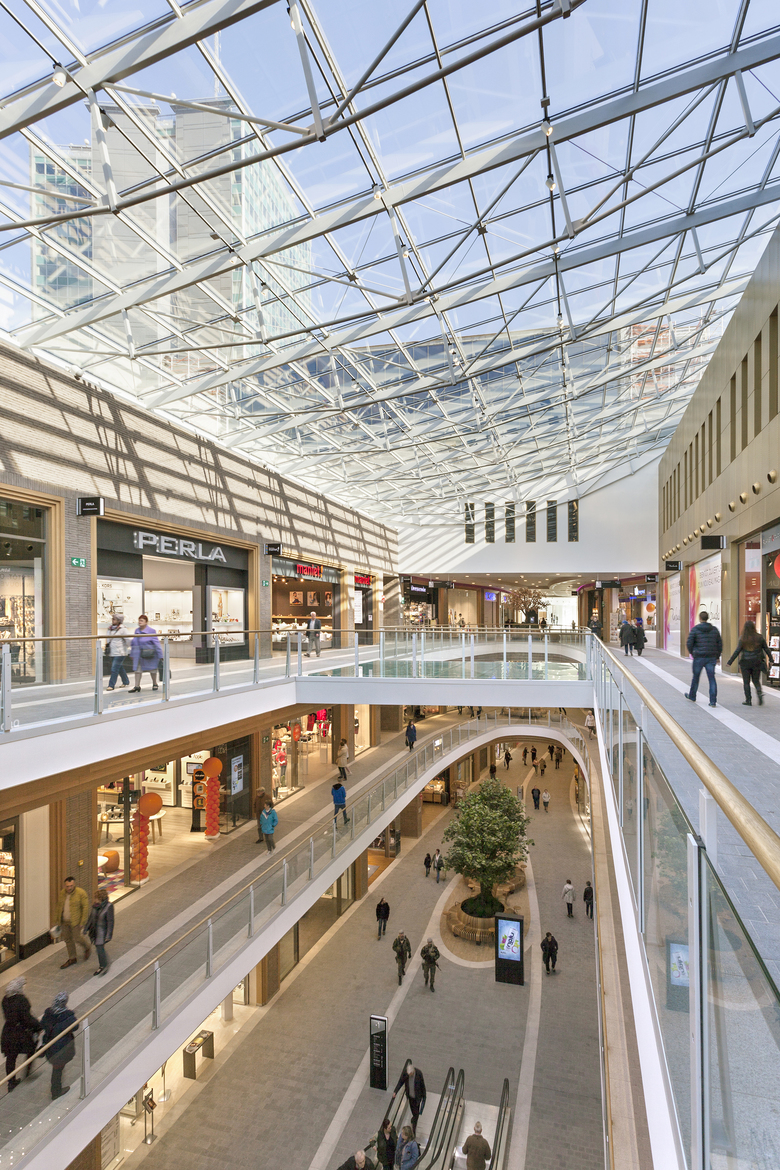 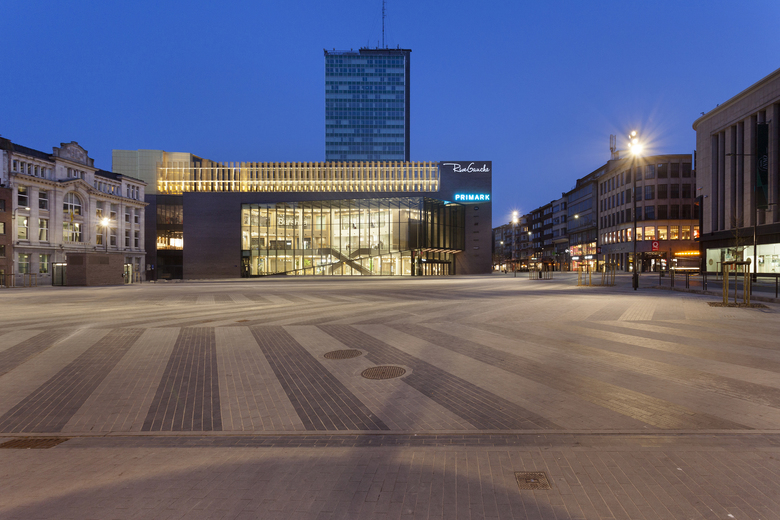 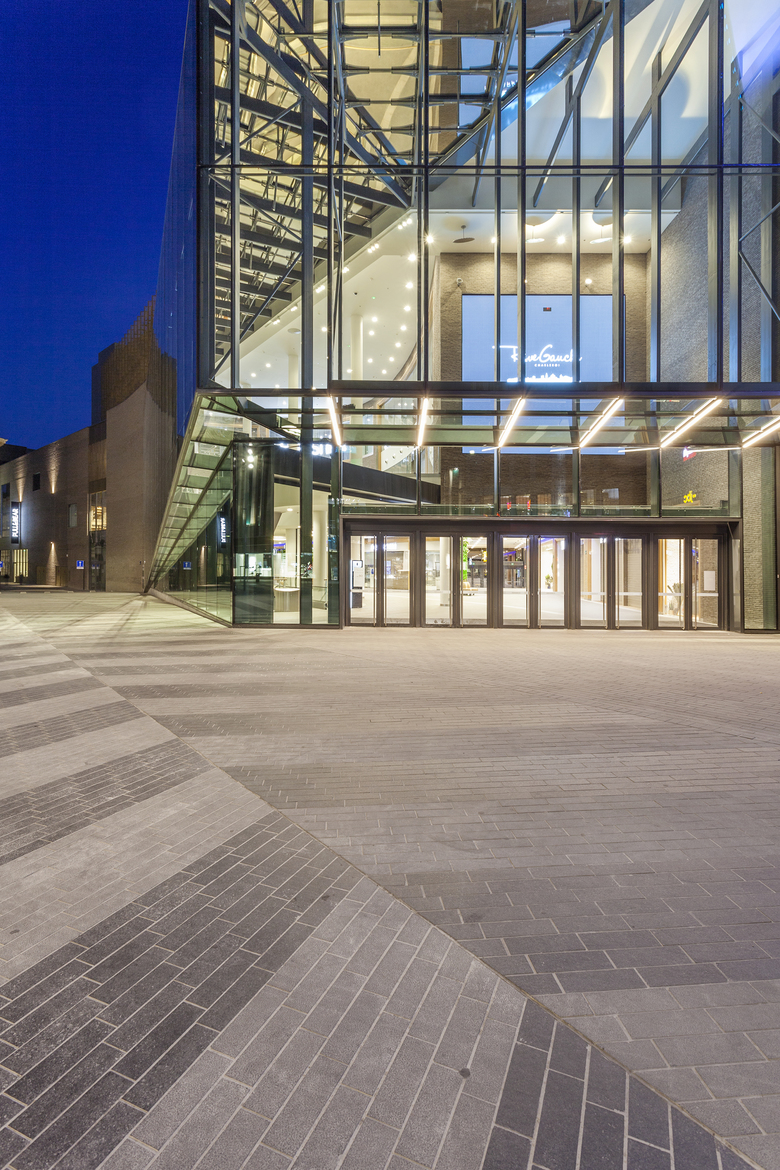 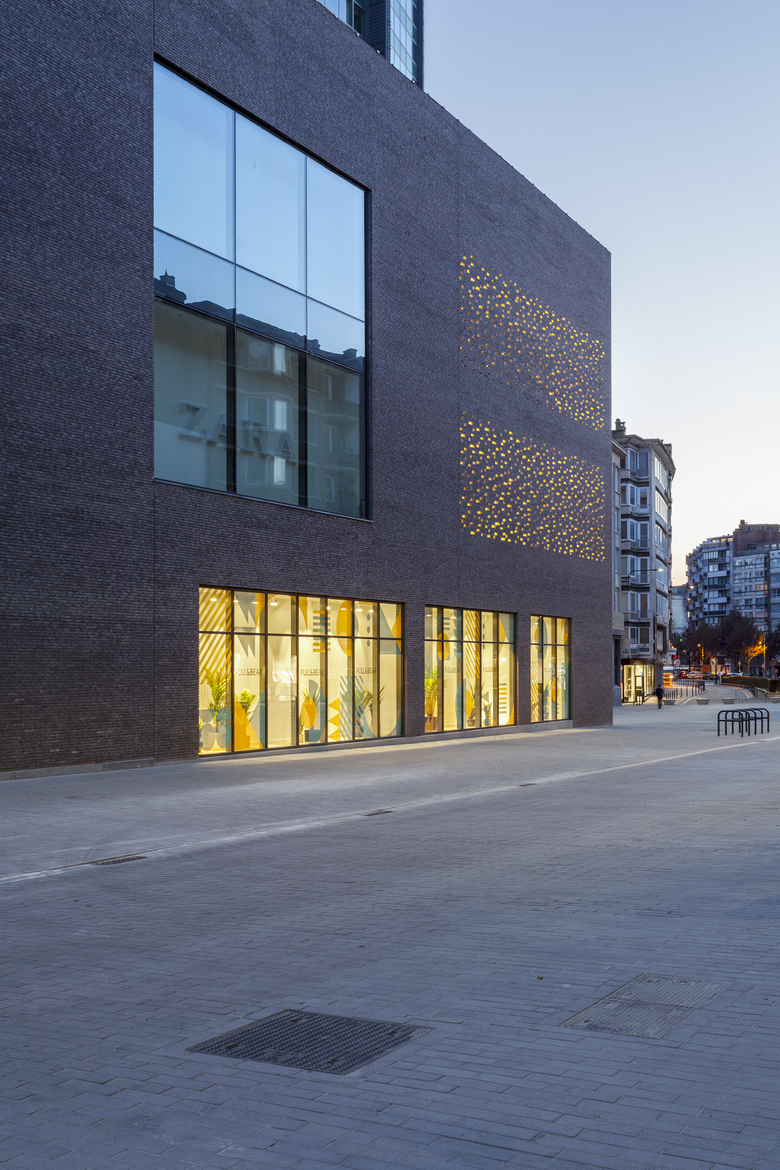 As motor behind the urban development of Charleroi’s downtown (Ville Basse), this large-scale project traces a new commercial axis that relies its two main public places: place Buisset, in direct connexion with the railway station, and place Albert Ier, downtown’s landmark par excellence and historical link through uptown (Ville Haute). The project spatially inscribes itself in the prolongation of downtown’s historical commercial streets and integrates a protected 19th century arcade.

Implantation and architecture
The project follows a global and sustainable approach, with a redevelopment of the city on itself: it opens towards the city, completes and fosters the existing variety of urban functions, and gives priority to pedestrian streets and the living environment’s pleasant character.
The complex provides 39.000 square meters GLA of commercial space, along with apartments, a hotel , a youth hotel, offices and an underground parking place. It also redefines the place Albert Ier and the link through the boulevard Tirou, main downtown road. The architectural design is characterized by fluidity, lightness and urbanity. Contemporary and purified volumes at the same time give expression to the role the new building plays within the existing urban tissu and render the multifunctional complex readable and usable. Materials such as bricks, metal and glass, strengthen urban anchoring and give the complex a sober identity. The transparant and luminous curtain wall leading out onto the place Albert Ier attributes to the place’s daily and nightly animation.