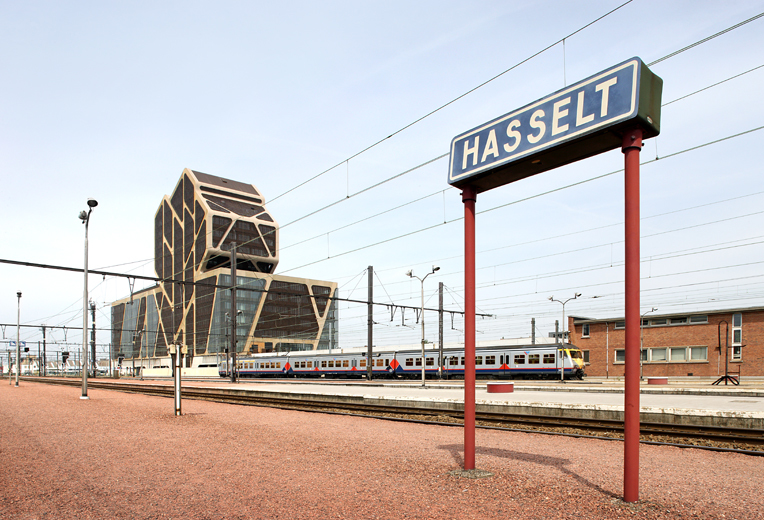 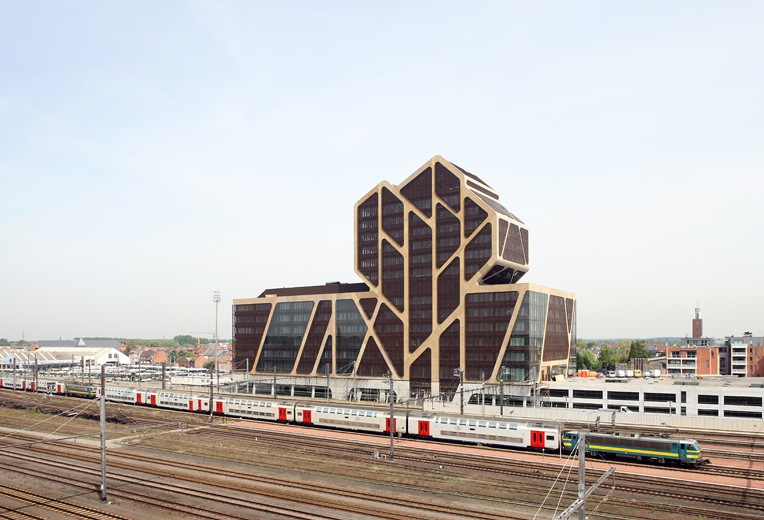 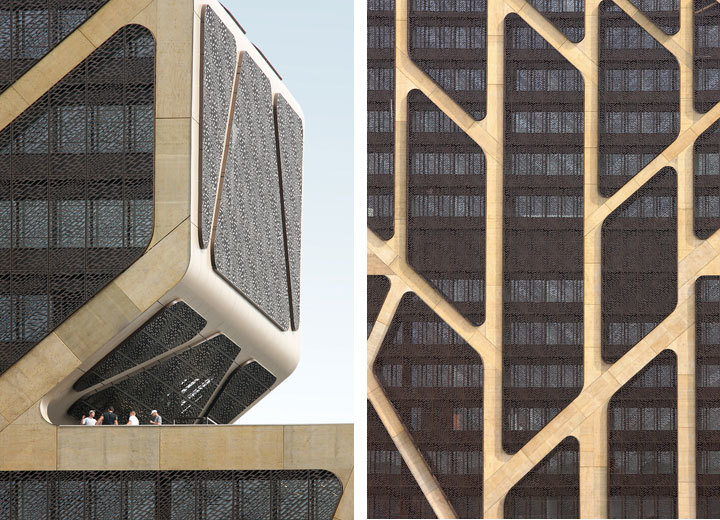 Update from the construction-site: Spring 2013 marks the opening of "Court of Justice" in Hasselt, designed by teams of architects at J. MAYER H. Architects, a2o-architecten and Lensºass architecten. Having finished all façade works in 2011, the interior is now under construction and due to be completed in early 2013. A look at the site gives an impressive picture of the final dimension and appearance of the high-rise complex.

Based on a master plan by West 8, the former railway station site will be restructured with a park, public buildings, offices and hotels, as well as urban residential blocks. J. MAYER H. Architects, along with Lens °Ass and a2o-architecten have realized one of the two high-rise buildings, "the new Hasselt courthouse", a structure that stands as a clear urban symbol of the new district. References in the design process refer to both the image of the "tree", the hazelnut trees in the City of Hasselt's coat of arms, and steel structures in the once industrial- and Art Nouveau-influenced area. The tree-like structure also alludes to courts held under large, old trees, a tradition common in the Middle Ages.

The new courthouse is an open, transparent building with direct public access. In keeping with the building's logistical requirements and safety provisions, the structure is divided into three separate units: courtrooms, a university library and office tower with a 64-meters-high panorama restaurant, where windows afford a view over the city of Hasselt and its surroundings.