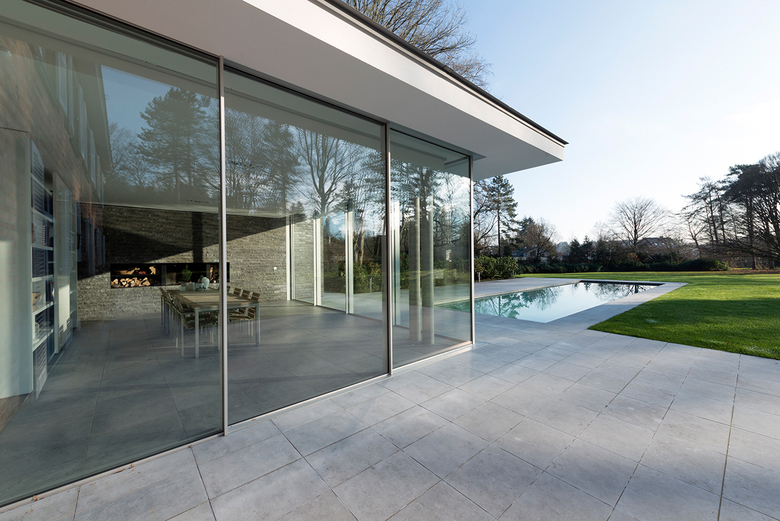 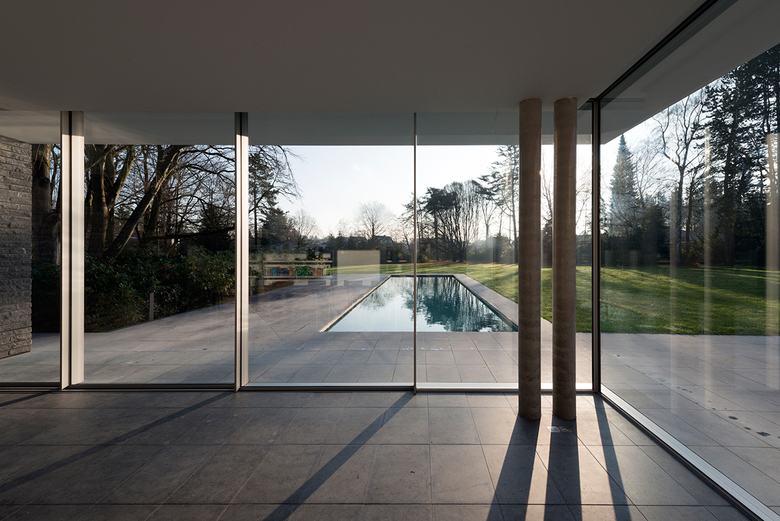 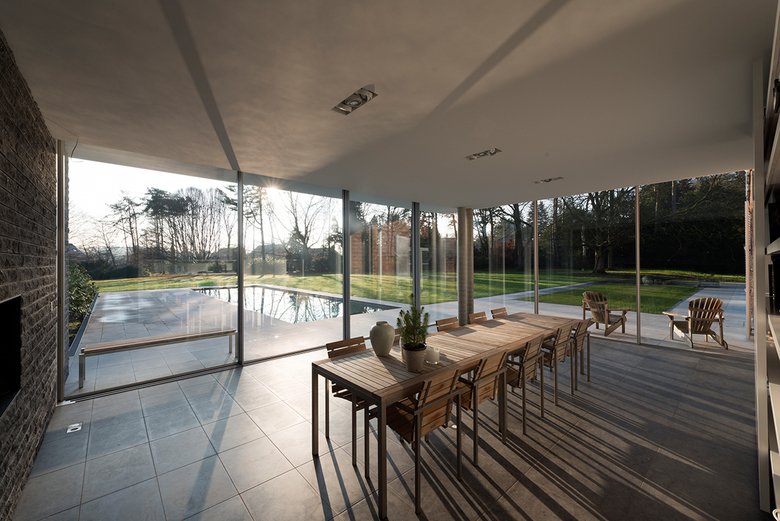 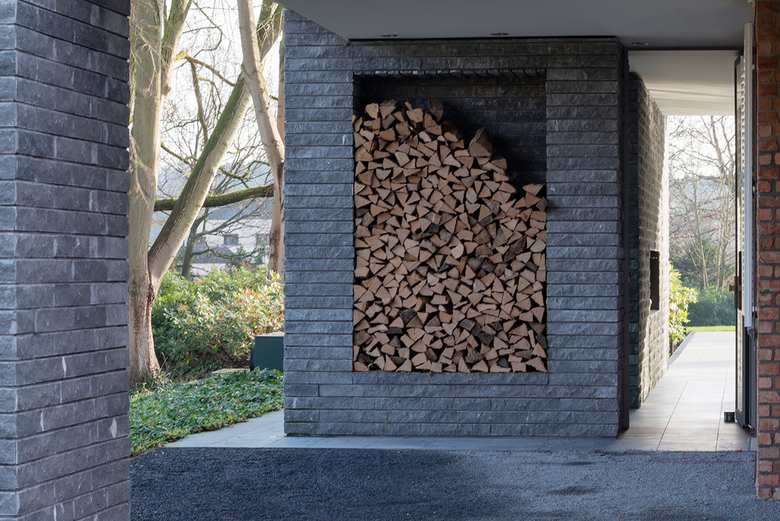 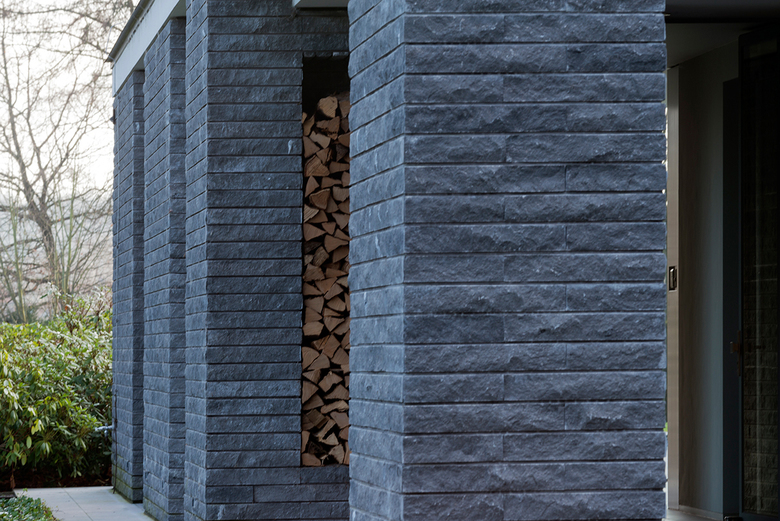 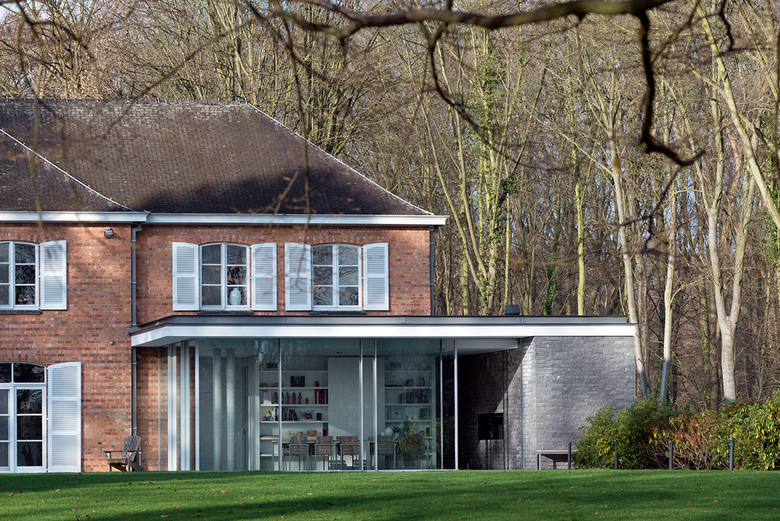 The project  comes from the lack of direct relationship between the outside and the existing living spaces. The concept is to create pure and contemporary volume which surrounds the garage from the northern facade to the southern frontage. The volume dialogues respectfully with the existing building and the surrounding context.
This blue stone volume contains bathrooms. Moreover, an open-fire is placed at a certain distance from the existing building in order to let it breathe and to create an opening between the entrance of the property and the garden.
This volume is covered by a flat roof which covers the entrance of the garage in frontage and makes/generates a car-park. The volume is also shifted from the facade in order to create a new access to a new space on the southern facade: “the winter garden”.
This living space is completely glazed on both side.
Two natural materials dialogue to each other: blue stone from the Hainaut and glass.
The placement of this stone is expressed under two aspects: cleaved horizontal hardcore layers posed free in and out and large gray ground flagstone.
These aspects of the stone are declined as well inside as outside in the order to create continuity with the garden.

SKYLIGHT IN WOOD FOR A CAR PARK