European Council and Council of the European Union 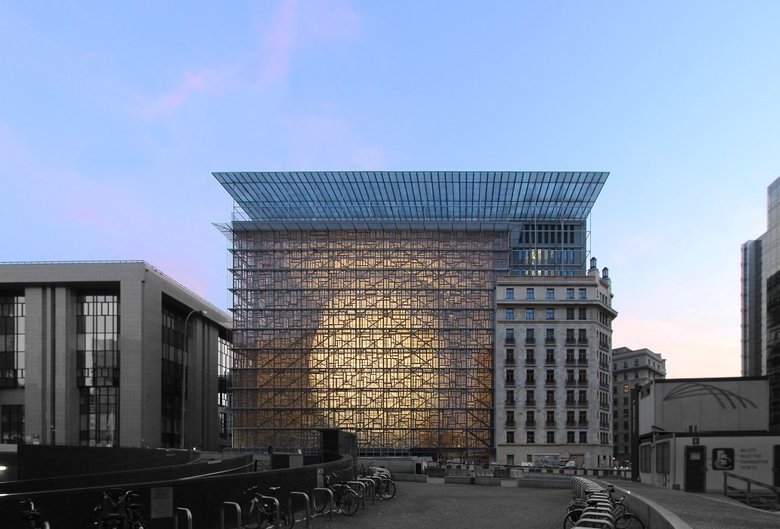 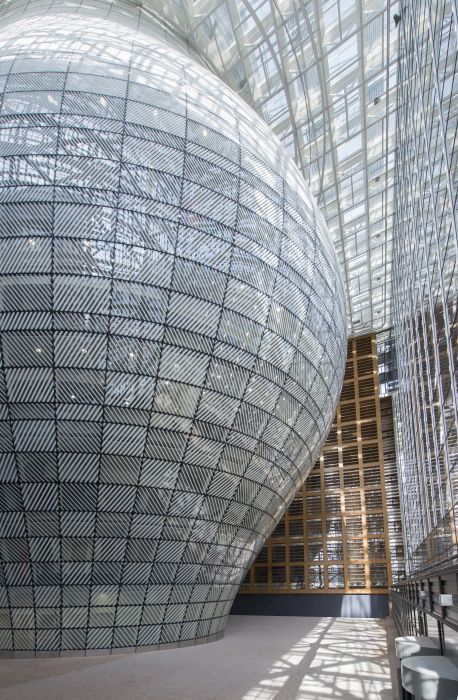 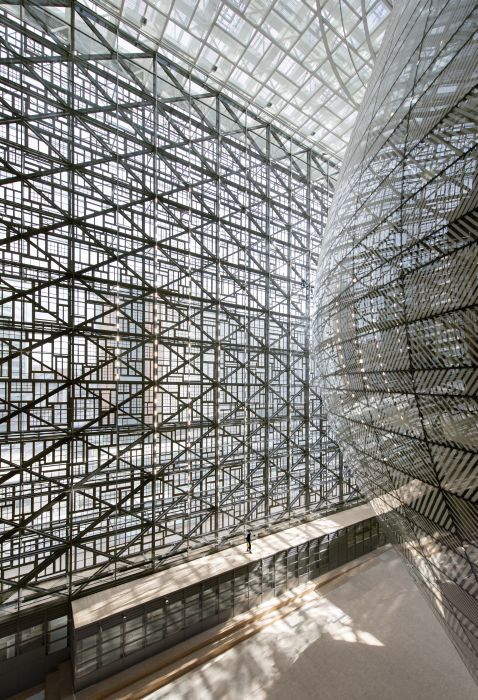 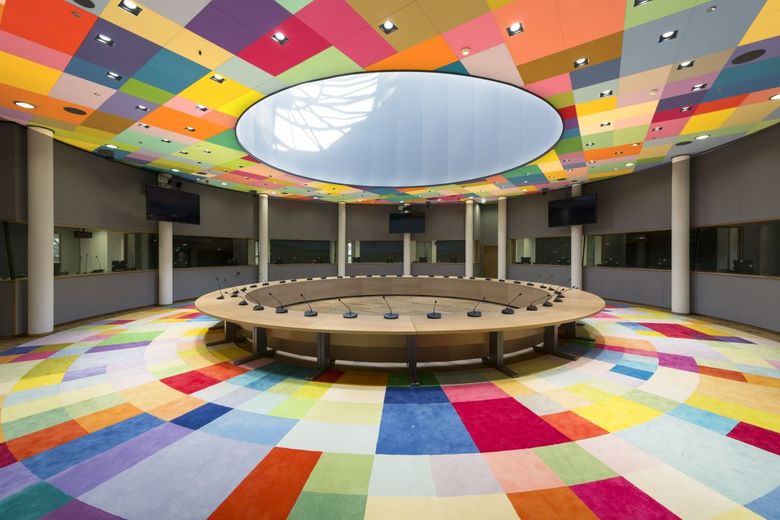 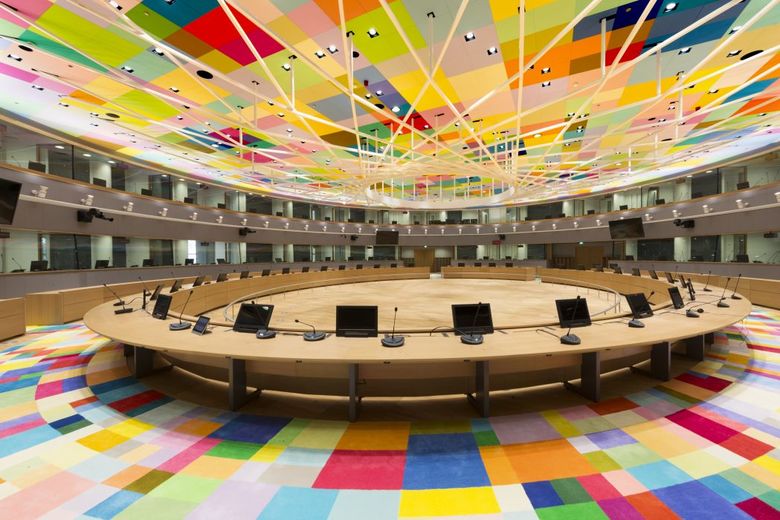 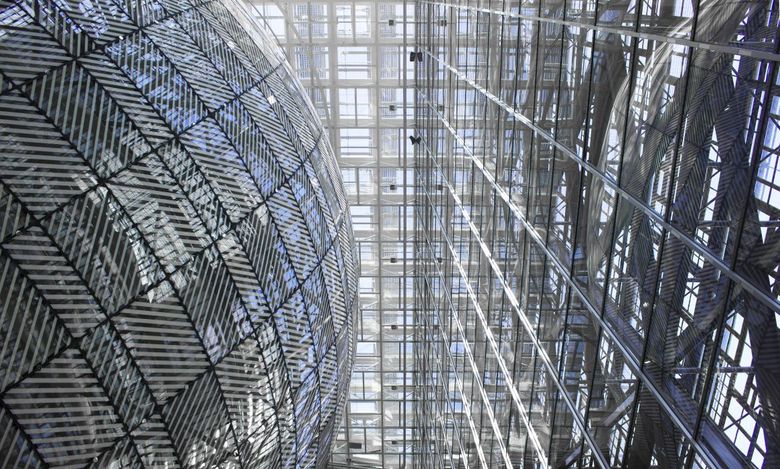 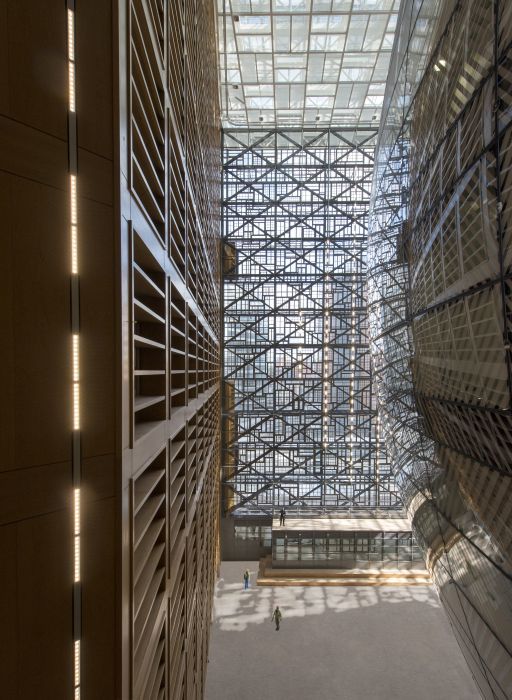 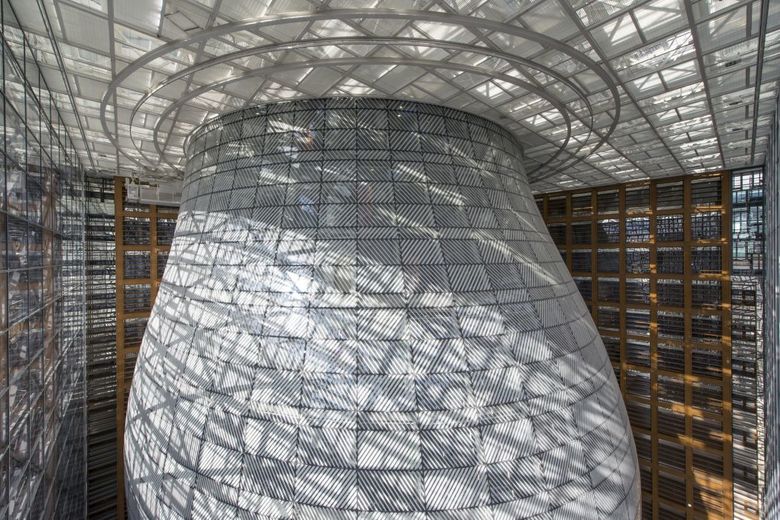 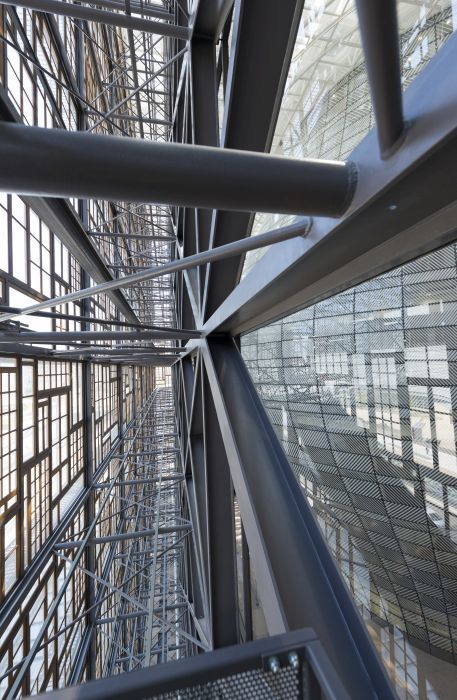 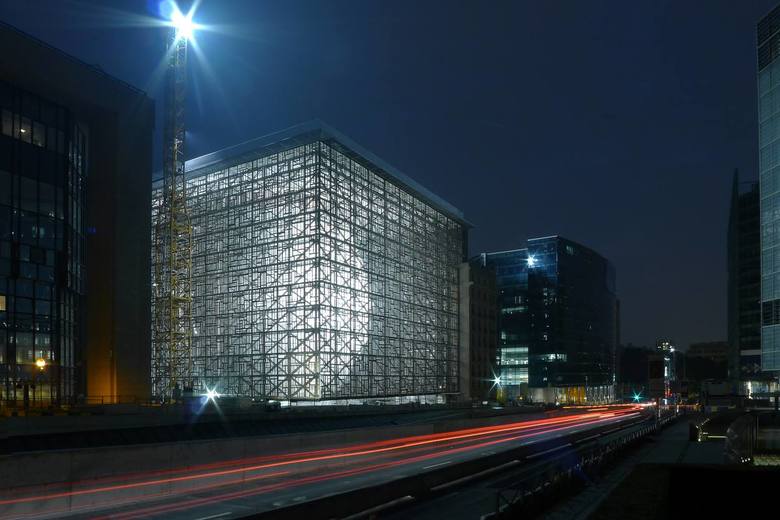 Time
Asbestos removal started in January 2008.
Demolition and infrastructure works started in May 2008.
Project on schedule and at final design stage.
Final building permit granted in April 2008.
Final bidding document for fall 2008
Due for completion may 2016.

As a consequence of 2004 European enlargement, the Justus Lipsius building becomes too small for the council of the European1 (hereafter named the Council). According to the treaty of Nice, adopted in 2001, all European Council2 sessions are held in Brussels, which also generates new real estate needs. In order to respond to those, the Belgian State offered the Council to cede block A from the complex “Residence Palace” to make it the future seat of both the European Council and the Council, once this building renovated and adapted to its future owners’ needs.

In other words, the Residence Palace needs to be reorganized to accommodate European Council’s quarterly sessions and EU Council’s bi-weekly ones, as well as other important conferences. It must also include rooms for the Presidency and other high level leaders, rooms for Member States delegates and the General Secretary of the Council, as well as international press representatives.

In this perspective, the Council launches in August 2004 a European architecture and project competition and selects, in January 2005, 25 teams of designers in cooperation with the Belgian Buildings Agency. On September 2nd 2005, the team of architects and engineers composed of Philippe SAMYN and PARTNERS (Lead and Design Partner), with Studio Valle Progettazioni and Buro Happold is designated laureate of a 6 competitors final that takes place from June to September 2005.

The Residence Palace was built between 1922 and 1927 at the initiative of the financier Lucien Kasin and designed by the Swiss architect Michel Polak. The complex is a collective housing experiment under the form of luxurious service flats located next to the city centre. The project will only have a short commercial success and after World War II, the art deco building is converted into ministerial offices by the Belgian State.

An extension with a new facade was built in the years ’60, behind the original building in front of the rue de la Loi - Wetstraat. Later in the years ’80, the Eastern wing is demolished in order to erect the Justus Lipsius building, current seat of the Council.

The original facades, as well as the entrance halls and the corridors on the ground floor are today listed as part of the Belgian cultural heritage.

According to urban planning regulations, the building is extended on the North-East side by two new facades to transform its current “L” shape into a “cube”. This outer area is converted into a glass atrium protecting from the urban dust. It covers the principal entrance as well as a new lantern-shaped volume incorporating the conference rooms.

(level +9). Each level of this volume has an elliptic plan with different dimensions but the same centre and the same principal axis. The structure of this object is rigorously symmetrical although it does not appear so.

The glazed double facade, made from an outer skin in patchwork of recycled old oak windows from demolition sites (all over Europe) with crystal clear single glazing and an inner skin of crystal clear double glazing, provides the necessary acoustic barrier from the traffic noise of the Rue de la Loi - Wetstraat and it also offers a first thermal insulation for the inner space.

Indeed, following to UE recommendations about energy savings, many old buildings across Europe will change their window frames for double glazing in the next few years. In the context of a sustainable development approach, it is decided to restore some of those millions of old though still efficient window frames, and re-use them in this project.

This new façade will be both a practical and philosophical statement about the re-use of these traditional constructions elements, expressing the European diversity of cultures.

Moreover, the council wishes this building to be from all points of view an example as far as sustainable development is concerned. This wish is displayed in many aspects of the architectural and technical design. As an example, an umbrella of photovoltaic panels for the electricity production covers both the new and the historical parts, which symbolizes also the link between the present, the past and the future.

Altres projectes per SAMYN and PARTNERS

Fire station for the Sri-Charleroi