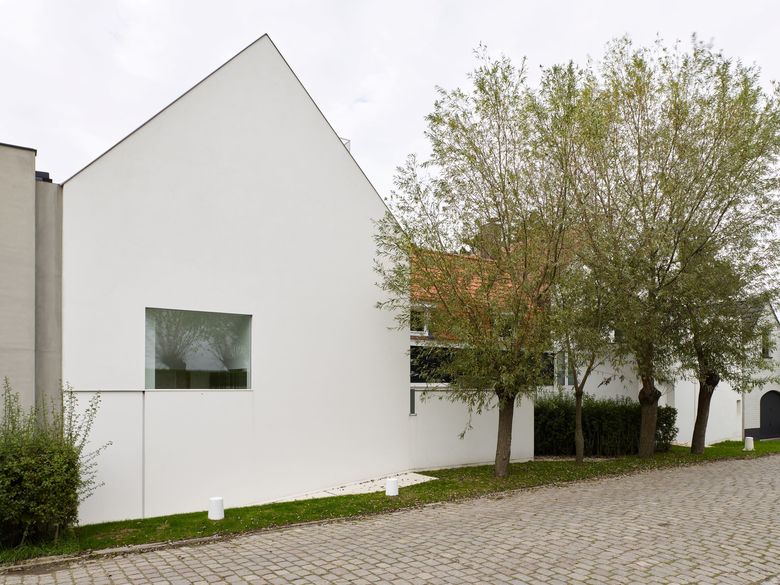 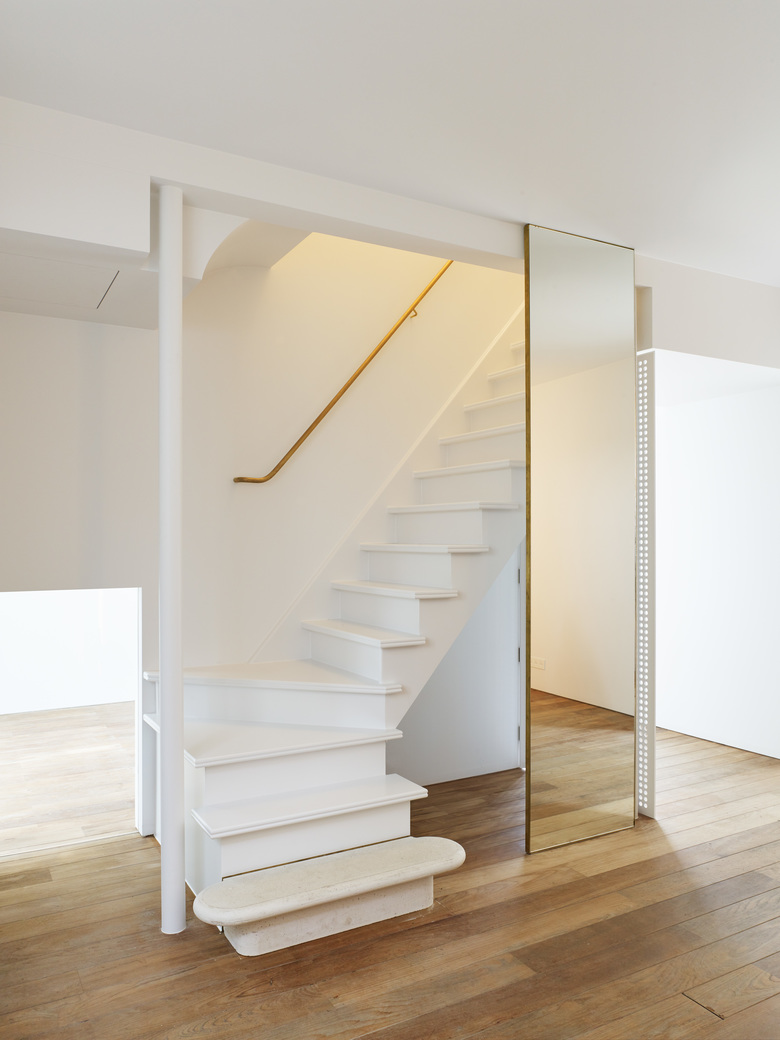 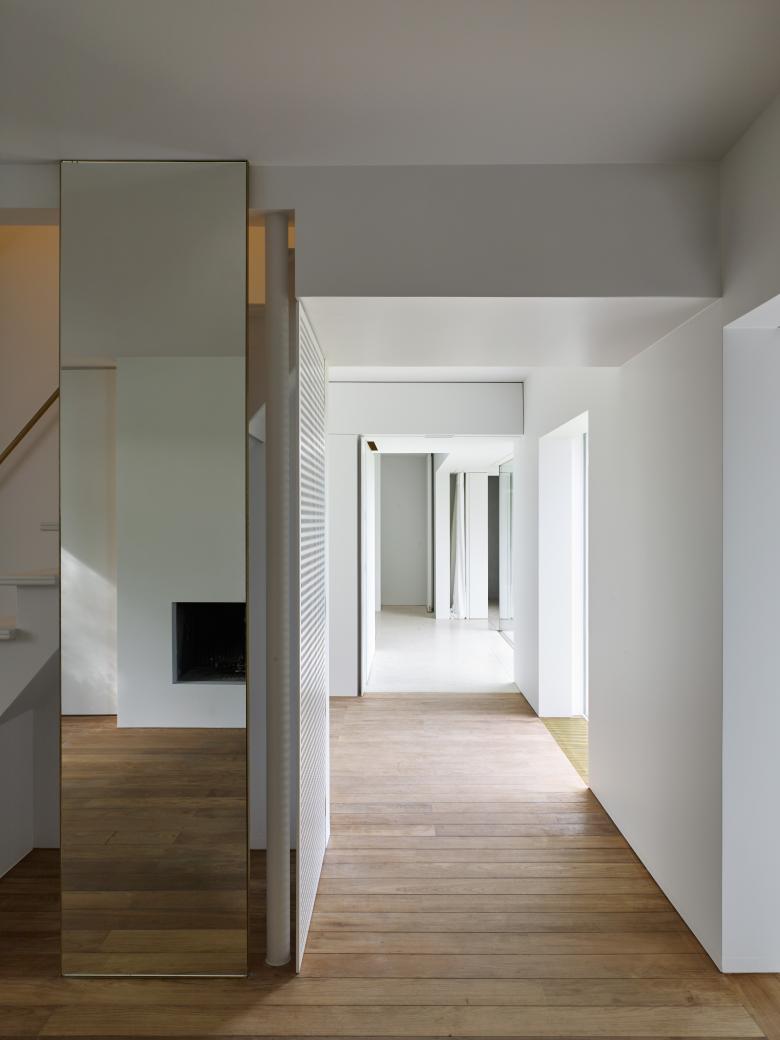 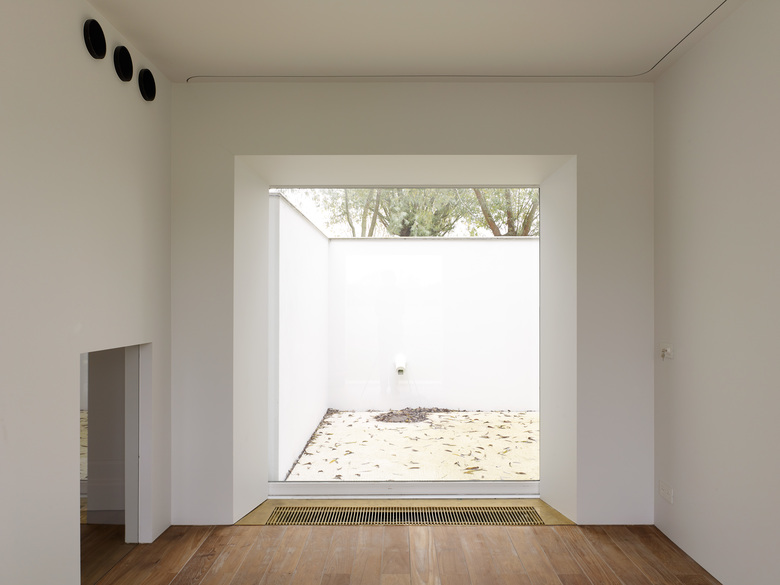 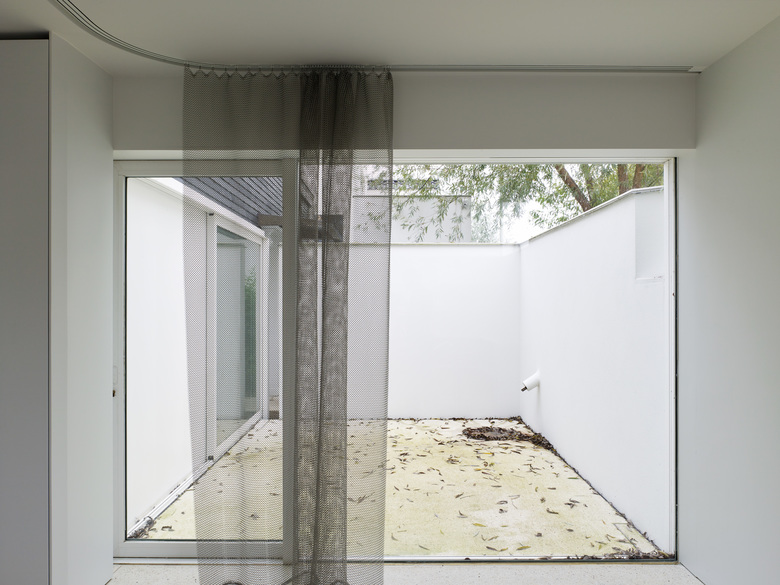 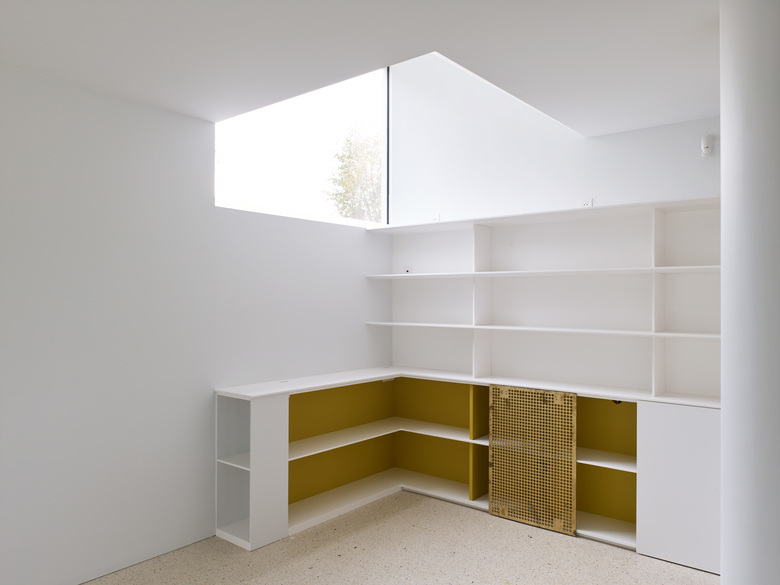 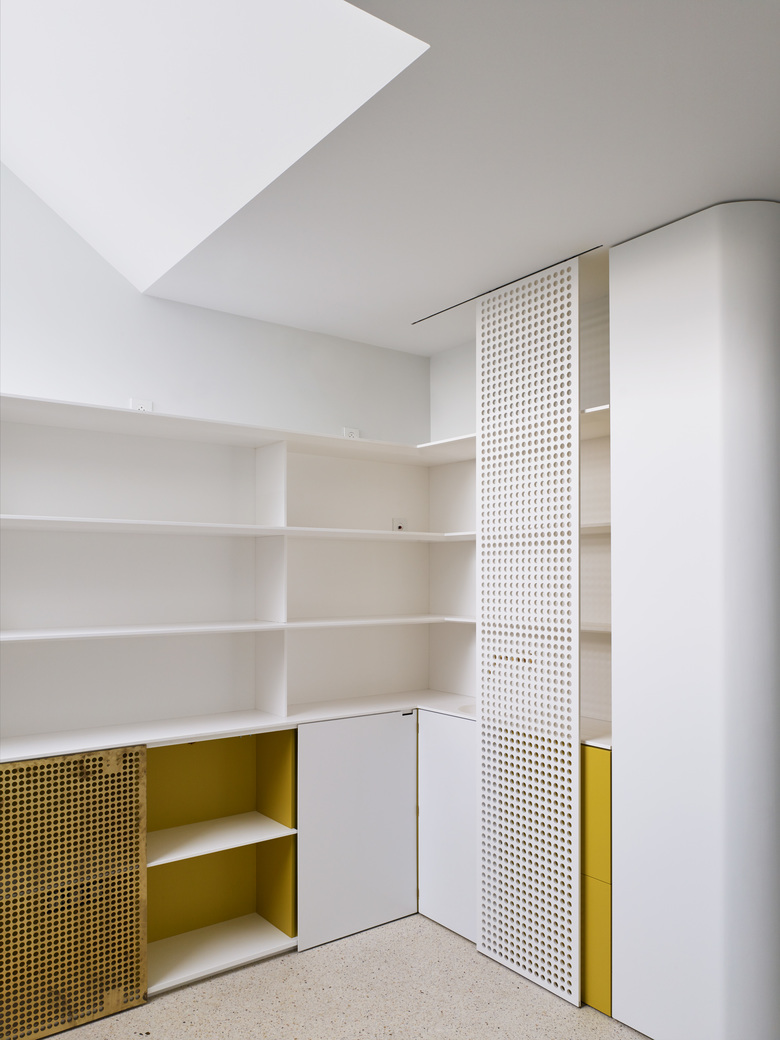 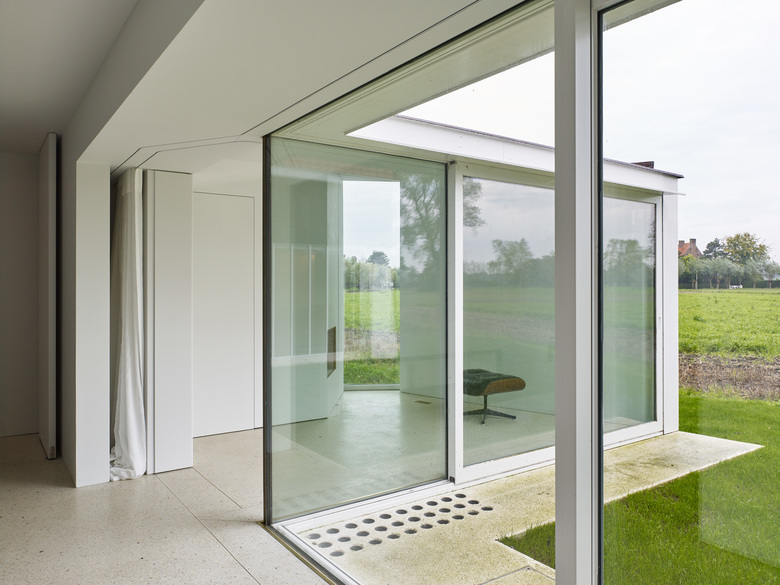 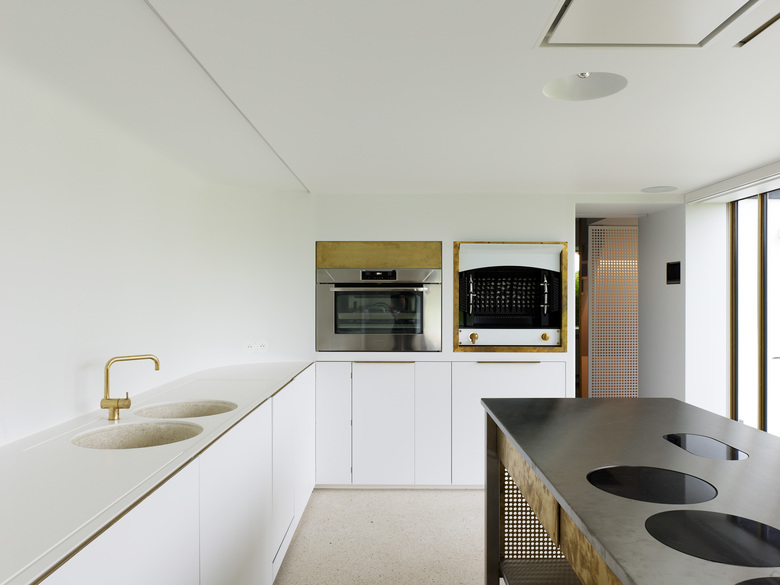 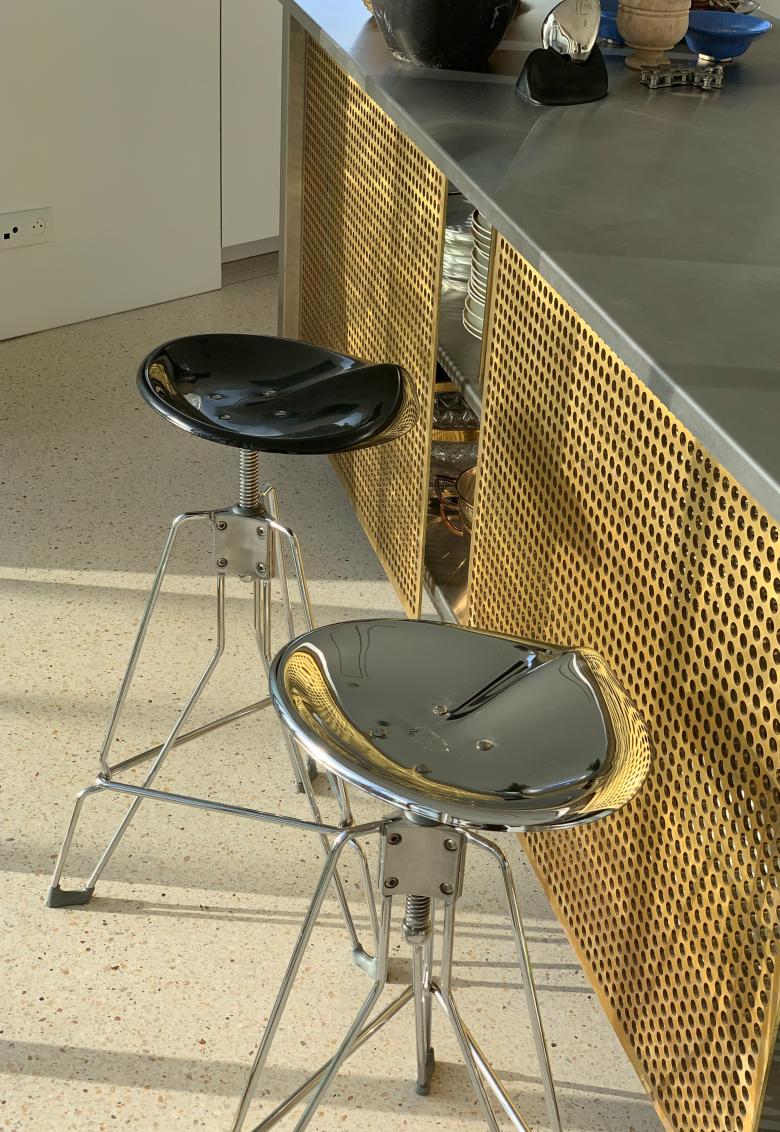 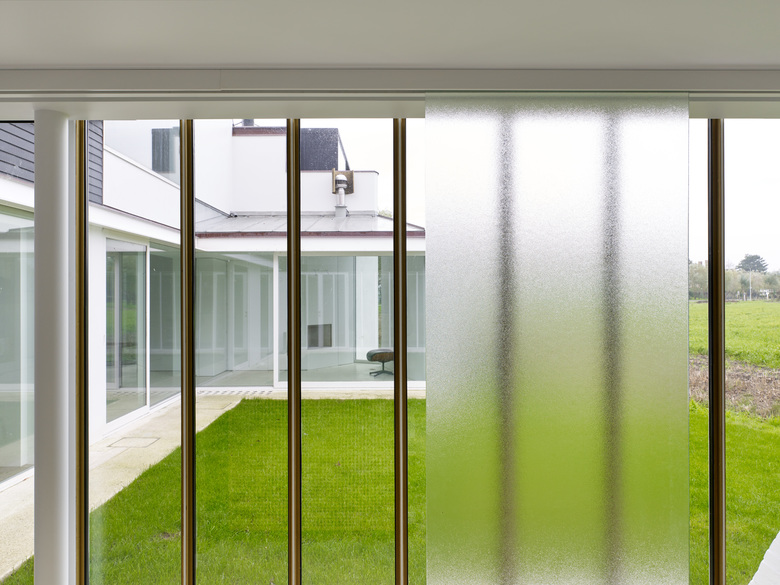 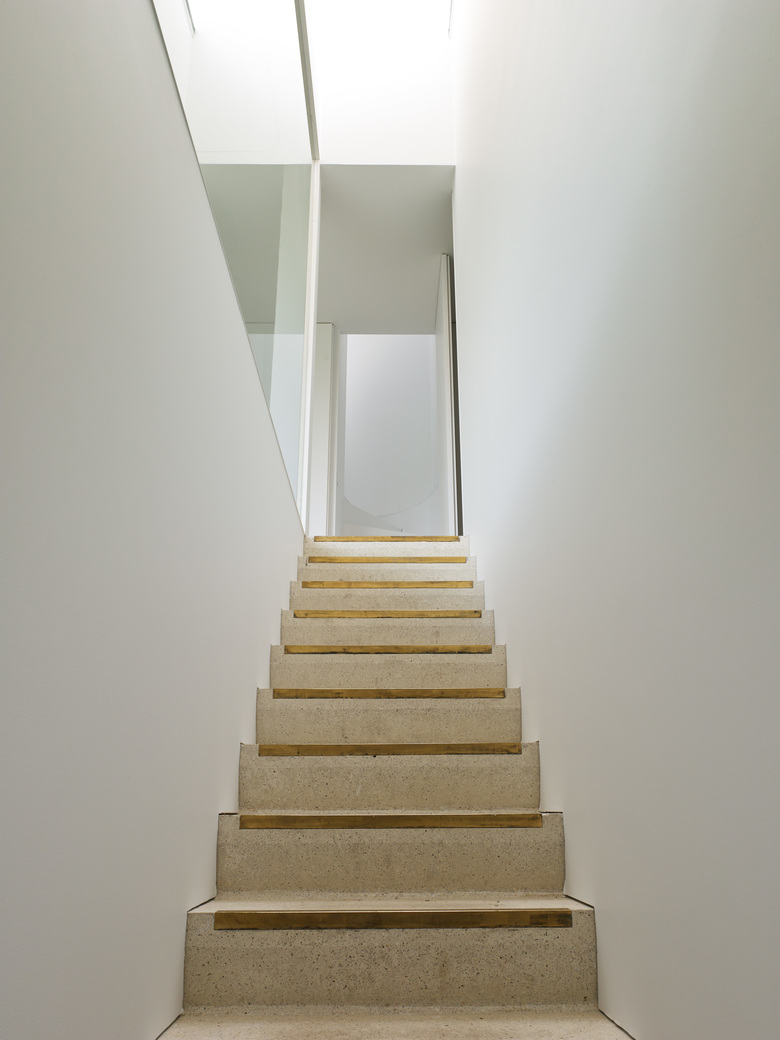 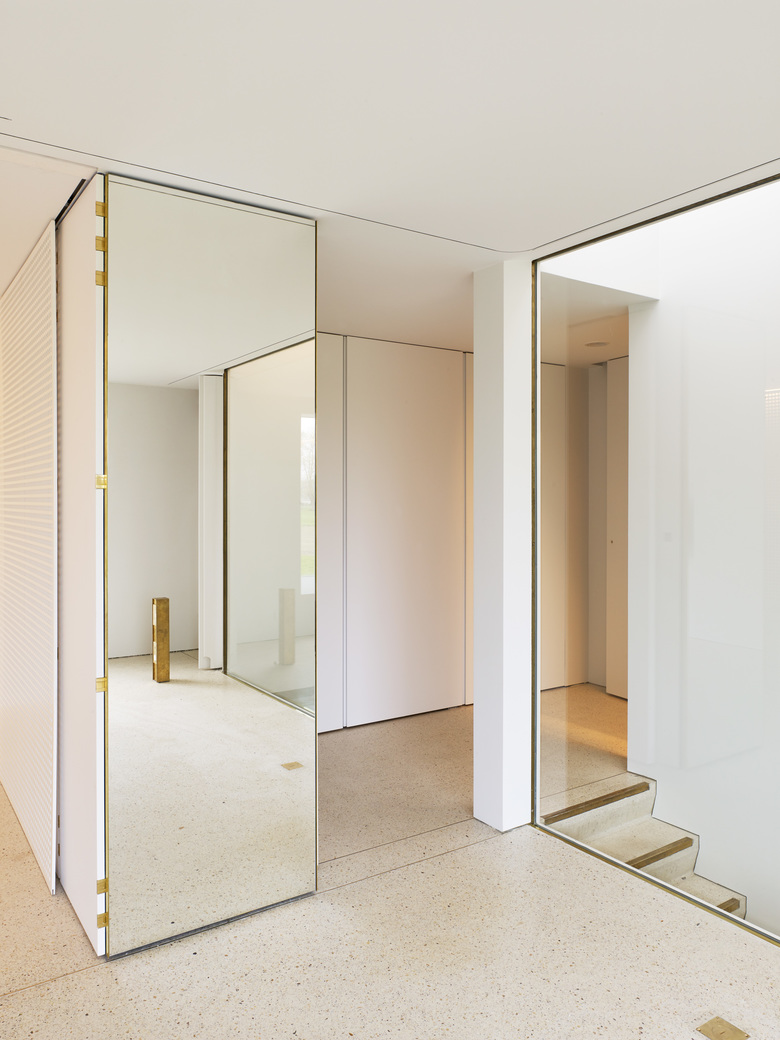 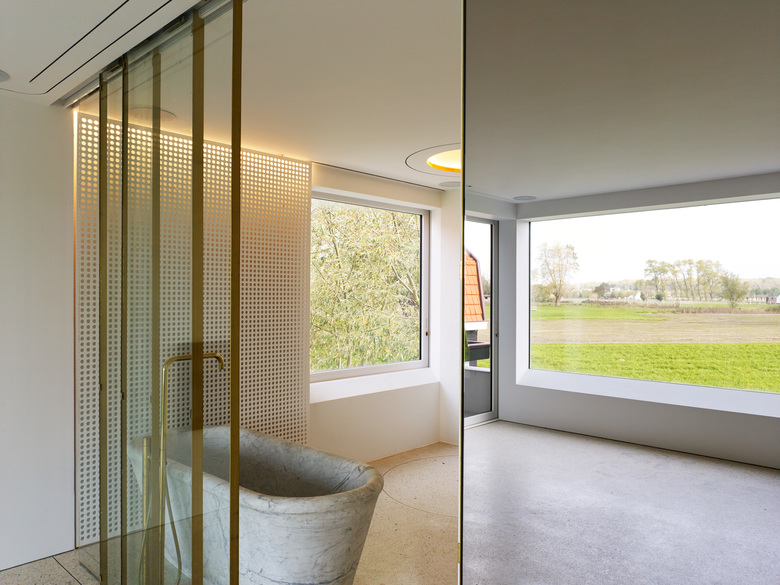 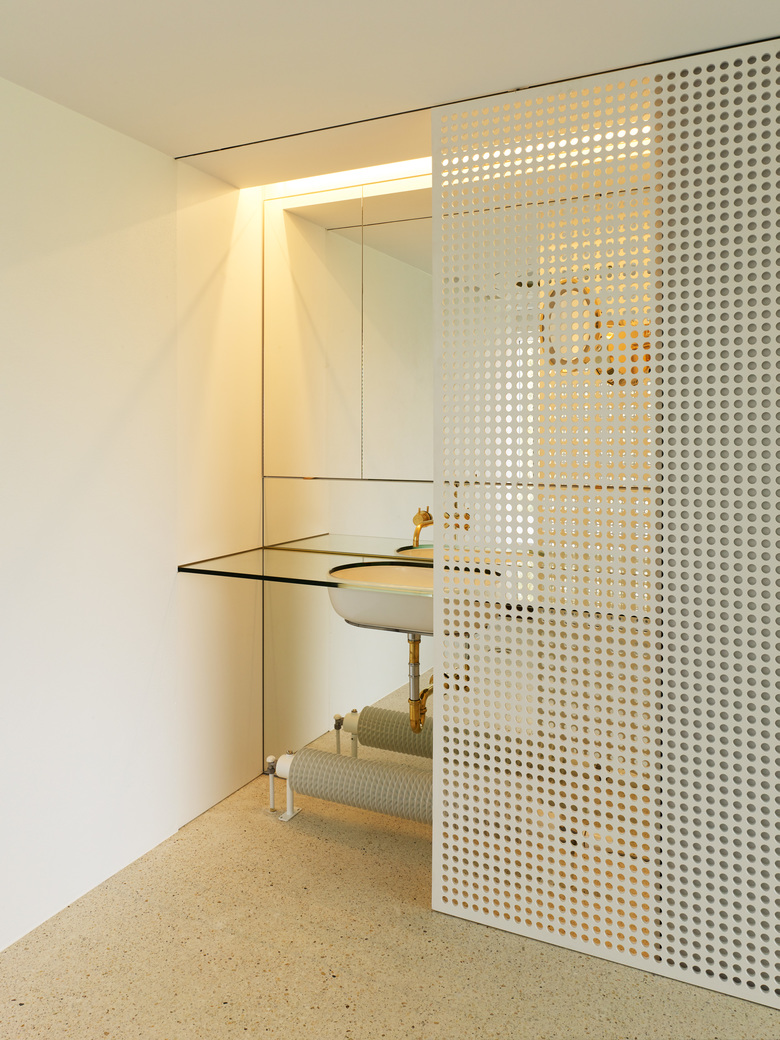 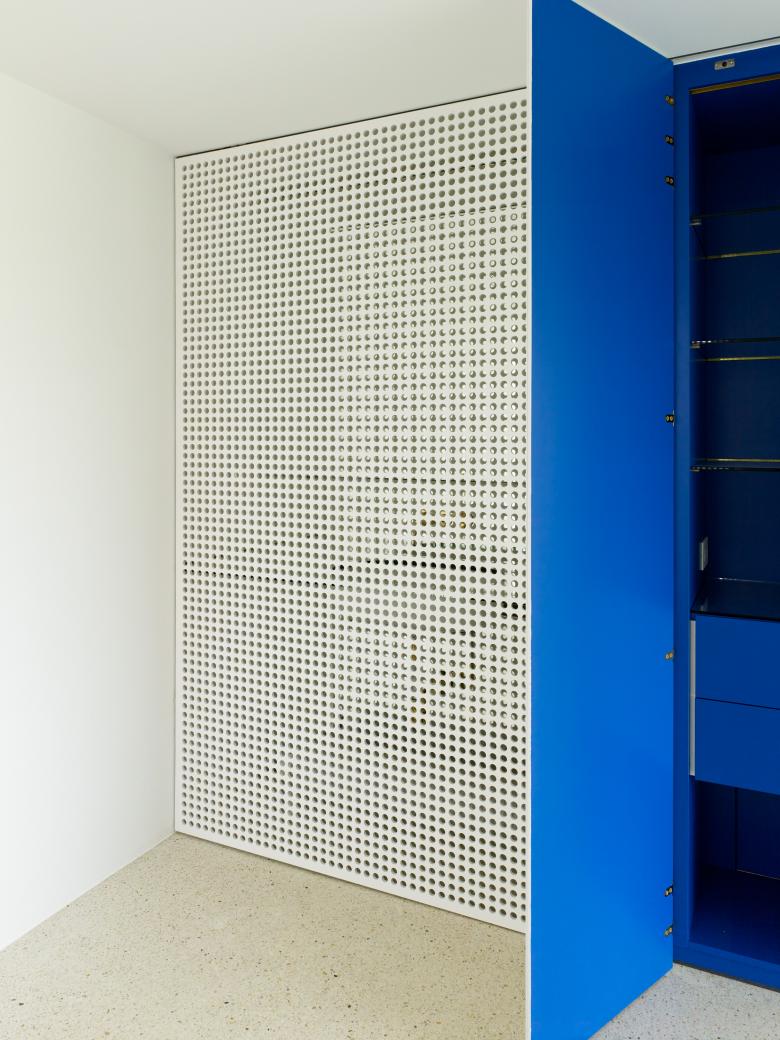 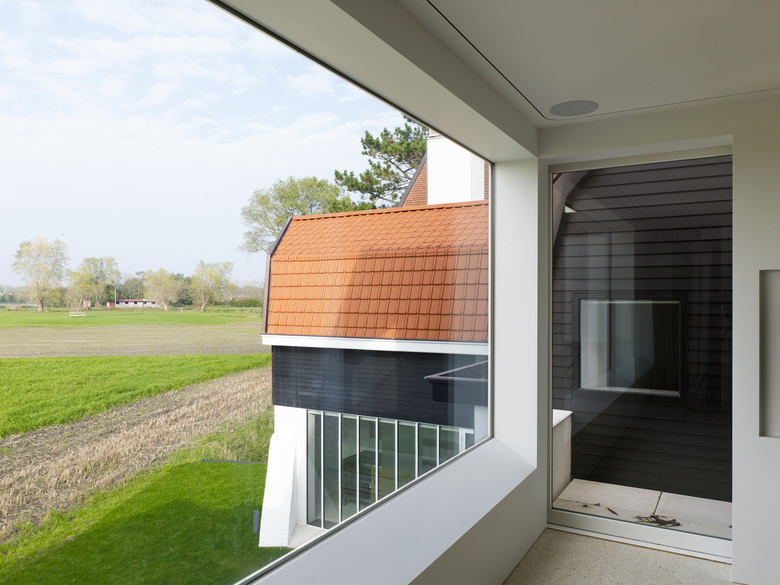 Nowadays, the levee no longer has a sea-diverting function. The levee has been excavated in many places but not where the project is located. At the beginning of the 15th century a street was built on the levee. The buildings along the Graaf Jansdijk ,on the north side of Knokke – towards the Netherlands ,are very heterogeneous. Low, whitewashed farm workers' houses have been built against the levee, often used today as holiday homes. The client was in possession of such a small workers' house and, instead of breaking down the little house and building a bigger one, he decided he wanted to expand and renovate the small workers’ house to a home where he could reside permanently. The existing small home was completely renovated and more living space was added. The design for the outbuilding, in the middle of the Zwinpolders, had to be in function of its environment - to an extent that the house is completely blending in with its surroundings. The architects were convinced the design had to have a certain simplicity, even a primitive external appearance, such as the old farmer houses on the levee. In the last decades, houses have been renovated along the levee and built in a similar style, in a way that they are intertwined with the existing farmer's workers' houses. And so a small “ribbon village” with open and enclosed outdoor spaces, with fascinating perspectives, was created.

The "footprint" typology open - closed from the ”ribbon village” was extended to its renovations. The actual home and new construction are connected to each other by numerous fascinating elements. The patio on the levee side with its wall fountain, that brings light into both the old and new building, guarantees privacy. A "firestreet",on the first level between the old and new part , combining through little windows on an exciting manner ,old and new.

Inside, the need for space, tranquillity, intimacy and light was fulfilled while maintaining complete privacy. Nothing on the inside is what it looks like from the outside. The whole house was conceived by the idea of not immediately giving away its secrets but still offering the sufficient perspectives. The interior is deliberately kept simple and neutral: sleek white walls, concrete floors (in the newly-built section) in combination with many brass accents. The owner - an art collector - can, without detracting the spaces, design according to his own imaginary perception, completely withdrawn, reclused from the outside world. This in a period of time where one's characteristics & assets, more often than not, are displayed for everyone to see, leaving little for one's imagination.