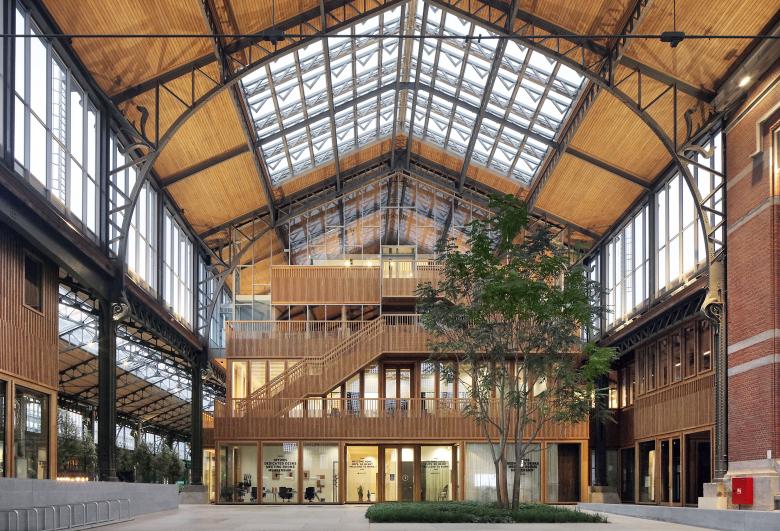 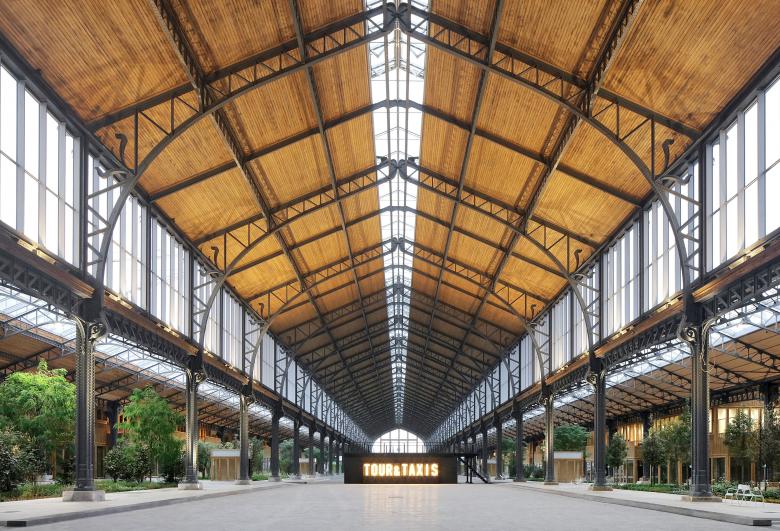 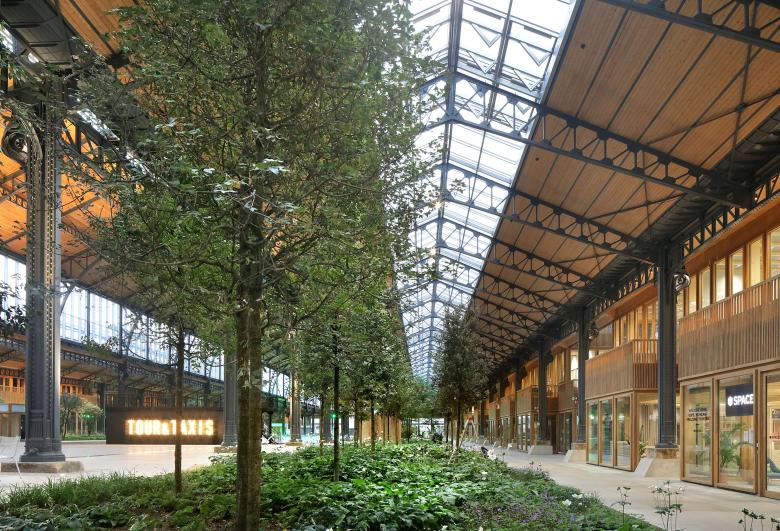 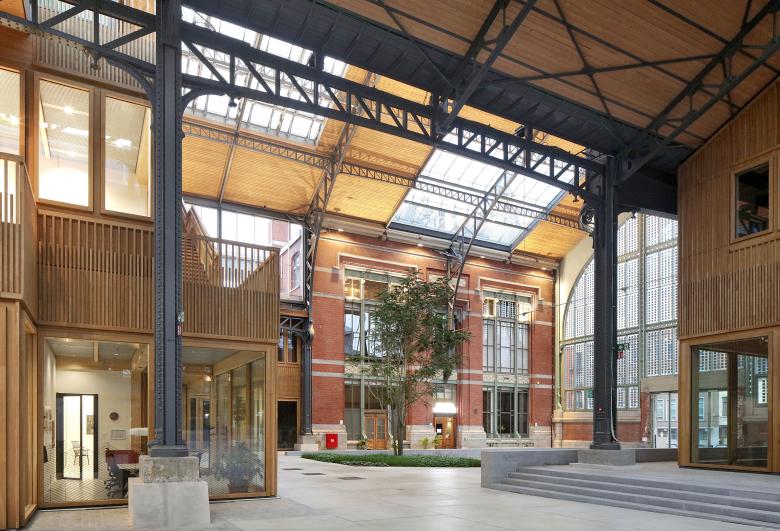 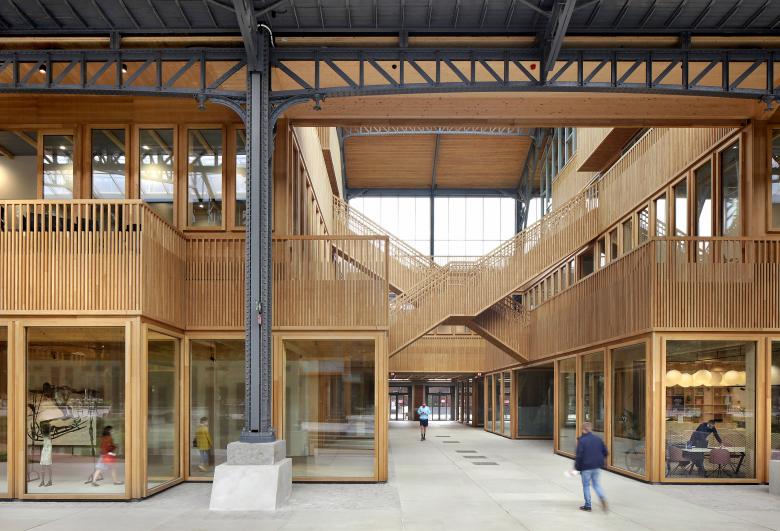 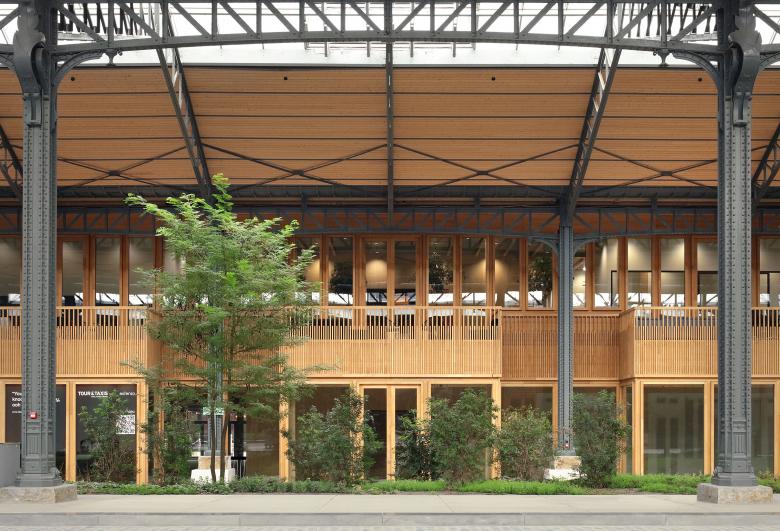 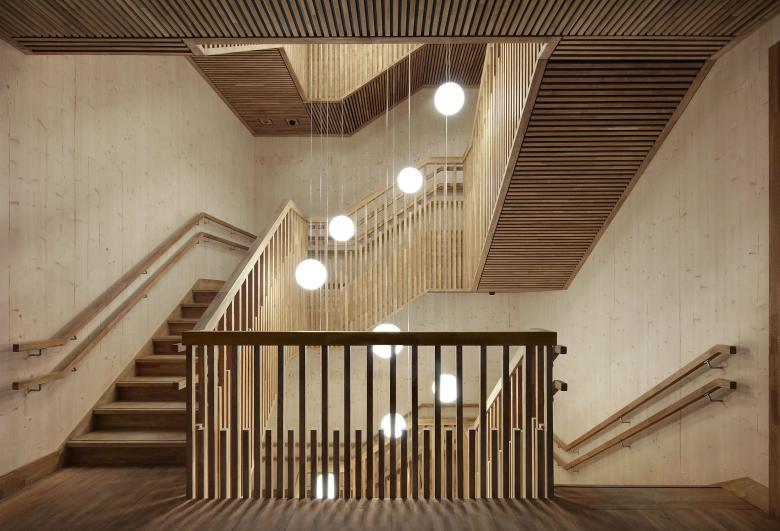 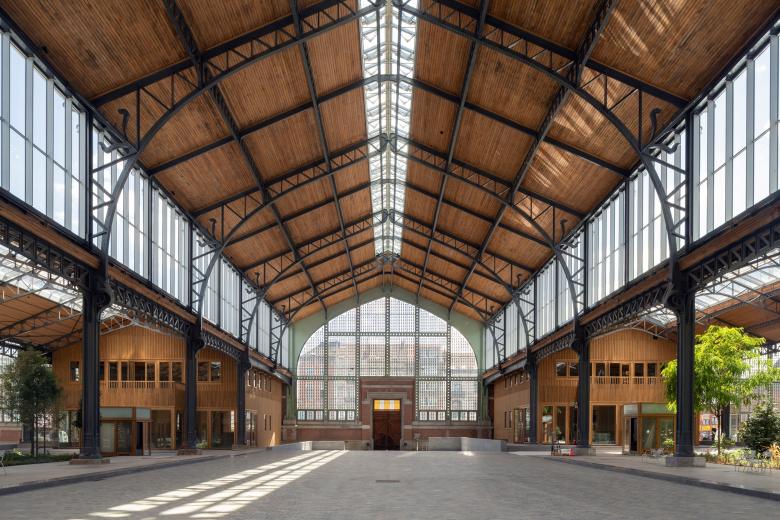 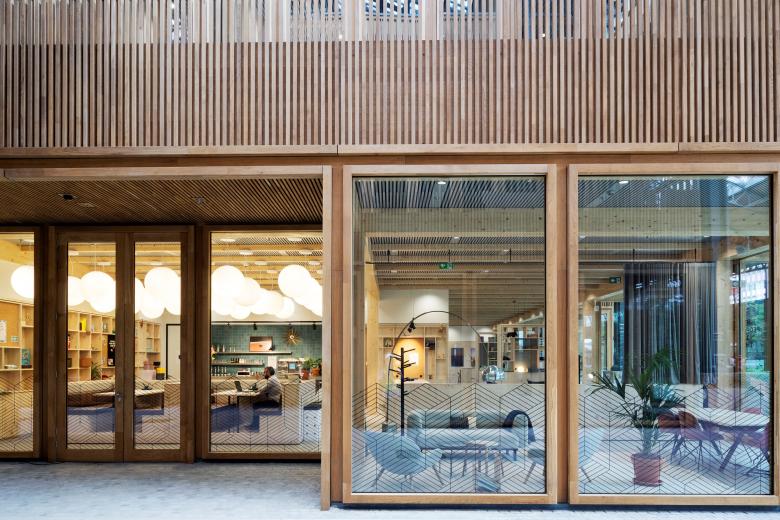 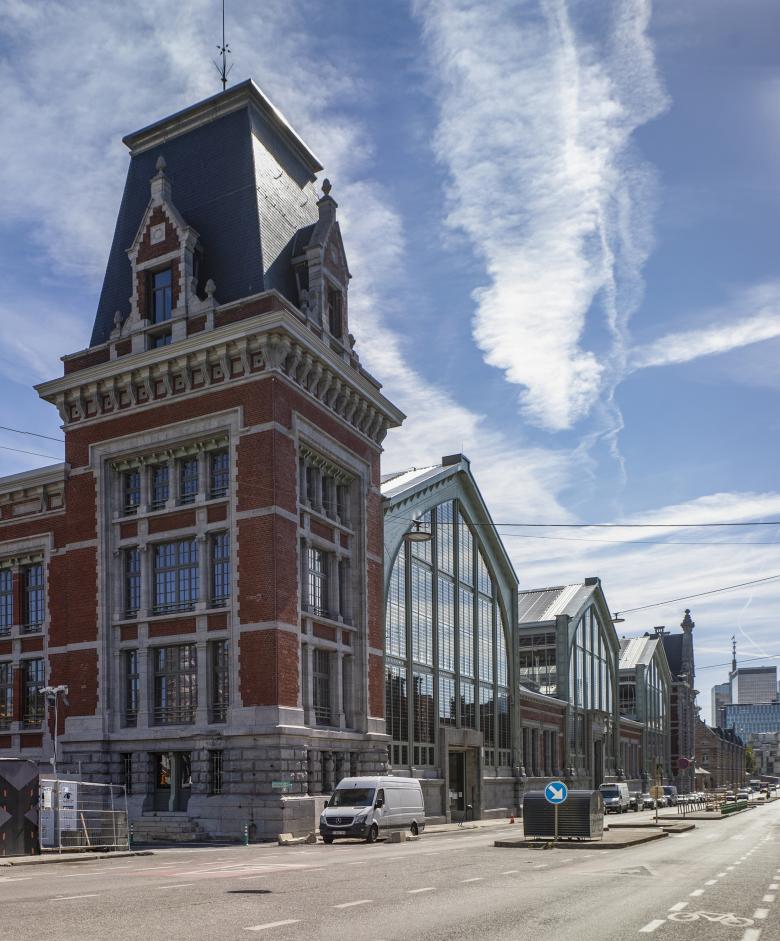 The monumental Gare Maritime on the Tour & Taxis site in Brussels has been transformed into a new city district. Once Europe’s largest railway station for goods, Gare Maritime is now turned into an inspiring place for companies, ranging from start-ups to renowed brands. Together they surround an impressive public space for all kind of events.

As Neutelings Riedijk Architects designed this covered city entirely in wood, Gare Maritime is an excellent example of a sustainable development. Moreover it is the largest CLT-project in Europe.

Gare Maritime dates from the beginning of the twentieth century. The enormous building is no less than 280 meters long and 140 meters wide. It exists of three larger and four smaller halls, that now have been made accessible to the public again. Under the existing roofs of the side aisles, twelve new building volumes are added to accommodate the new program of 45.000 m2. The twelve pavillions create a new structure of boulevards and street, parks and squares, that follows the existing urban context and the building structure in a natural and logical way, like a true city.

The central space in the heart of the building has been kept open for public events. It has a pleasant climate which follows the changing of the seasons. Inspired by the ‘Ramblas’, on both sides of the event space a green walking boulevard is created. The 16 meters wide pedestrian routes give enough room for spacious inner gardens, with a hundred large trees. The choice of plants has been adapted to the specific growing conditions, which are comparable to a Mediterranean climate. For the little squares, Brussels visual artist Henri Jacobs designed eight mosaics.

The construction of the new built-in volumes has been realized in Cross Laminated Timber (CLT) with façade finishings in oak (FSC). With an enormous reduction in the amount of cement as a result: In concrete, the building would have been five times heavier. The choice for wood also had a favorable effect on the construction process: thanks to prefabrication and the dry constructing method, the construction time was considerably shorter than when using traditional construction methods. Circularity was also a main design starting point. That resulted in the design of demountable connections and modular wooden building elements.

Gare Maritime is entirely energy neutral and fossil free. The glass facades on Picardstreet are provided with solar cells. On the roofs a total area of 17,000 m2 of solar panels has been installed. At all levels - construction, climate, circularity, biodiversity, health - far-reaching sustainability measures have been implemented. Use of geothermal energy and reuse of rainwater for watering the gardens are a few of the measurements taken.