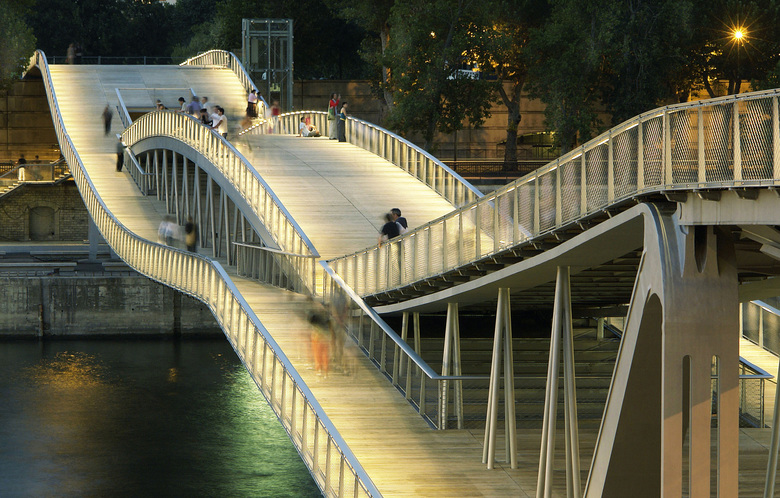 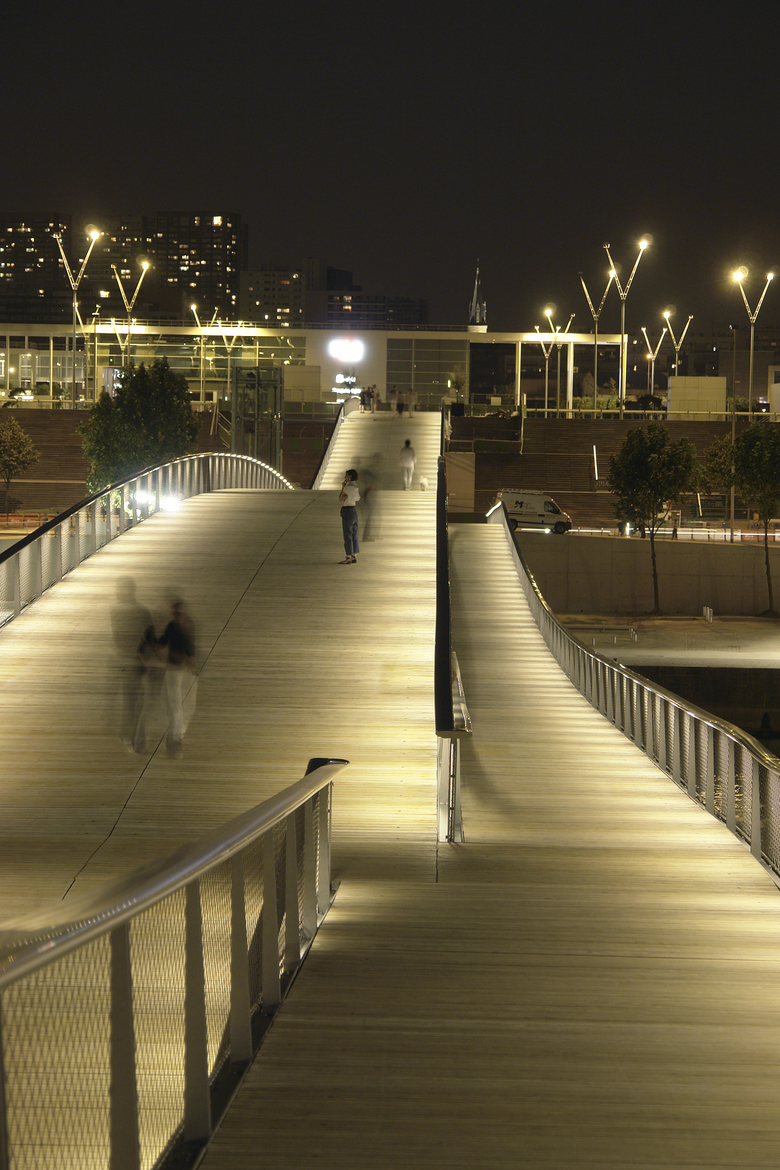 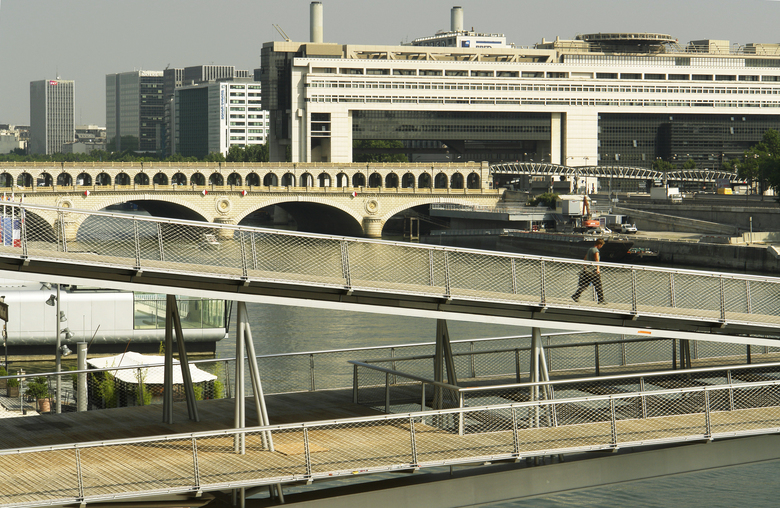 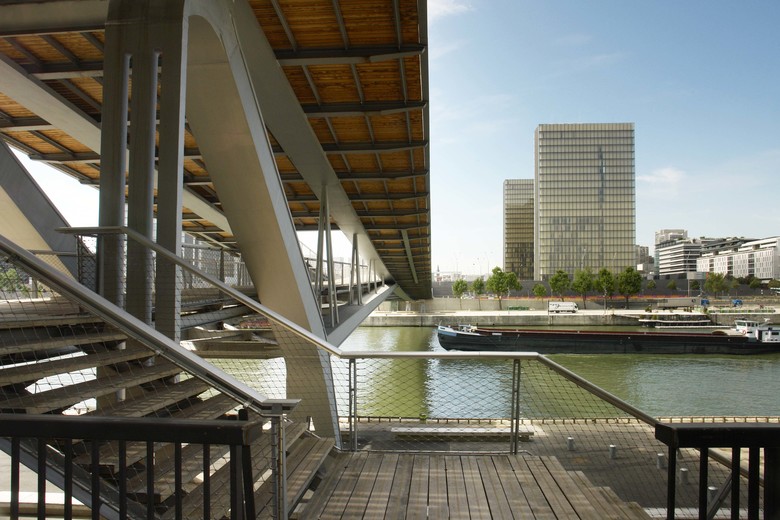 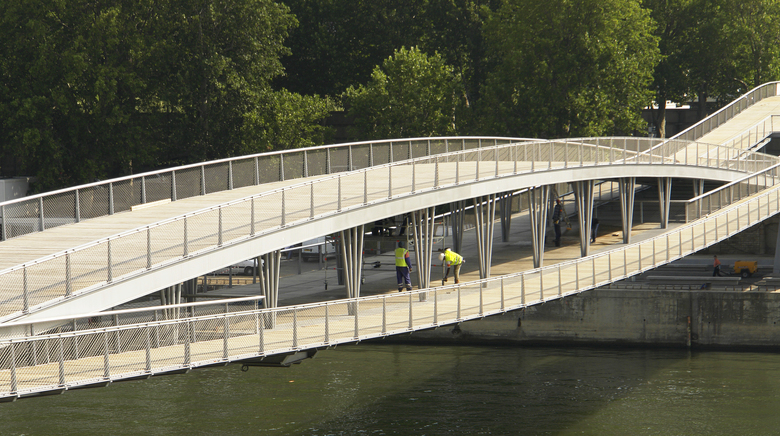 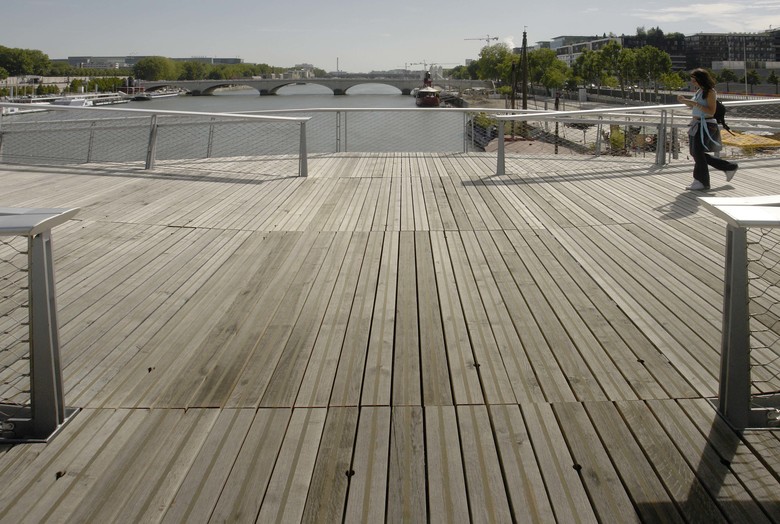 This footbridge connects two redeveloped districts. The National Library of France on one bank is surrounded by new residential, commercial and government projects. Across the Seine River is Bercy Park, containing the Cinémathèque of Paris and an indoor coliseum for sporting events and concerts. Before the project’s completion, these districts were cut off from each other by a distance of 700 m (2,296 ft) between the two nearest crossings.

The footbridge has three parts to it. On both sides of the river, two lateral sections of 35 m (115 ft) cross over busy highways along the river banks. These two sections rest on supports which also carry the load of a third central span of 194 m (636 ft). This third span is composed of arc and bow segments tied together by a series of vertical struts to form a Vierendeel truss. The two opposing curves stabilize each other, making additional supports unnecessary and creating a free span across the water. The crisscrossing paths of the arc and bow segments also allow for multiple pedestrian access routes either from the river’s edge or from higher points using the two lateral sections. The bridge supports spring from concrete foundations anchored into limestone.

The remainder of the structure, in grey-painted steel and T-shaped sections between structural cross beams, supports a deck of striated oak with non-slip inserts. Stainless-steel net stretches between handrails of extruded aluminium.