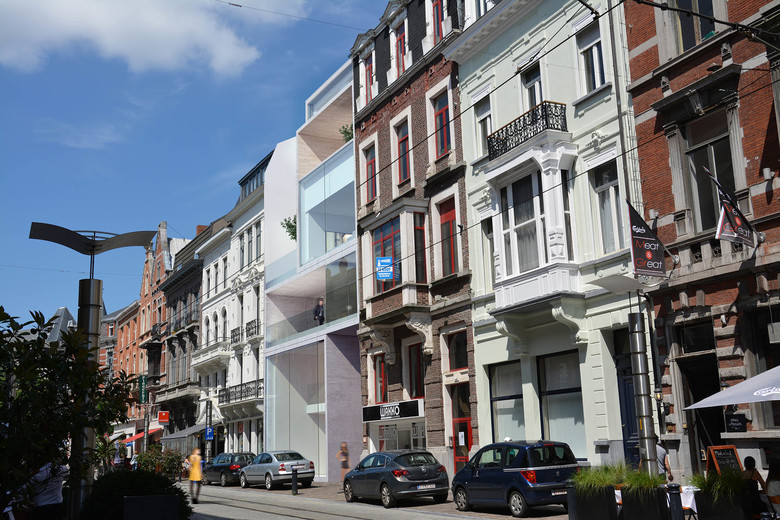 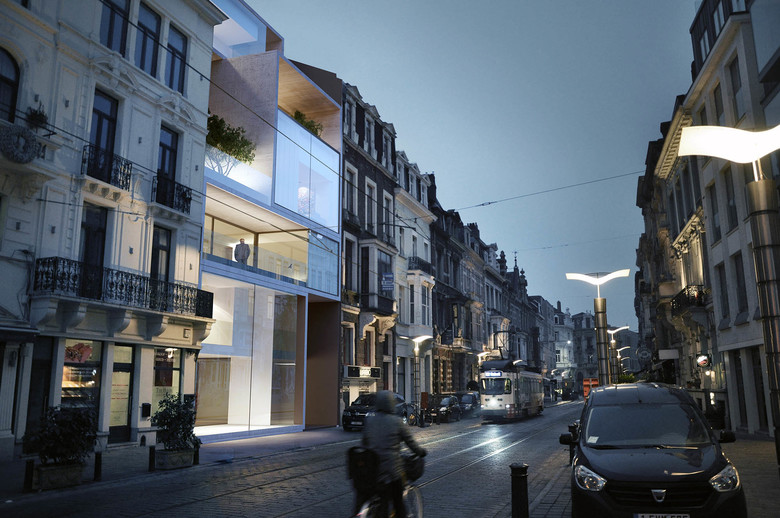 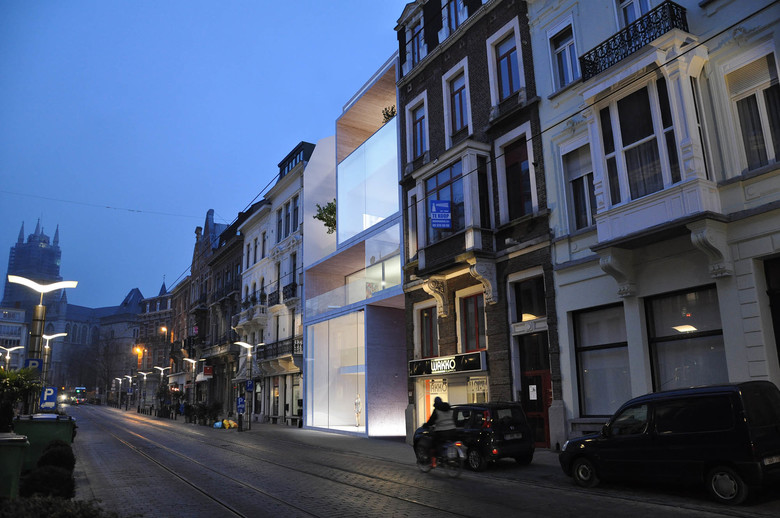 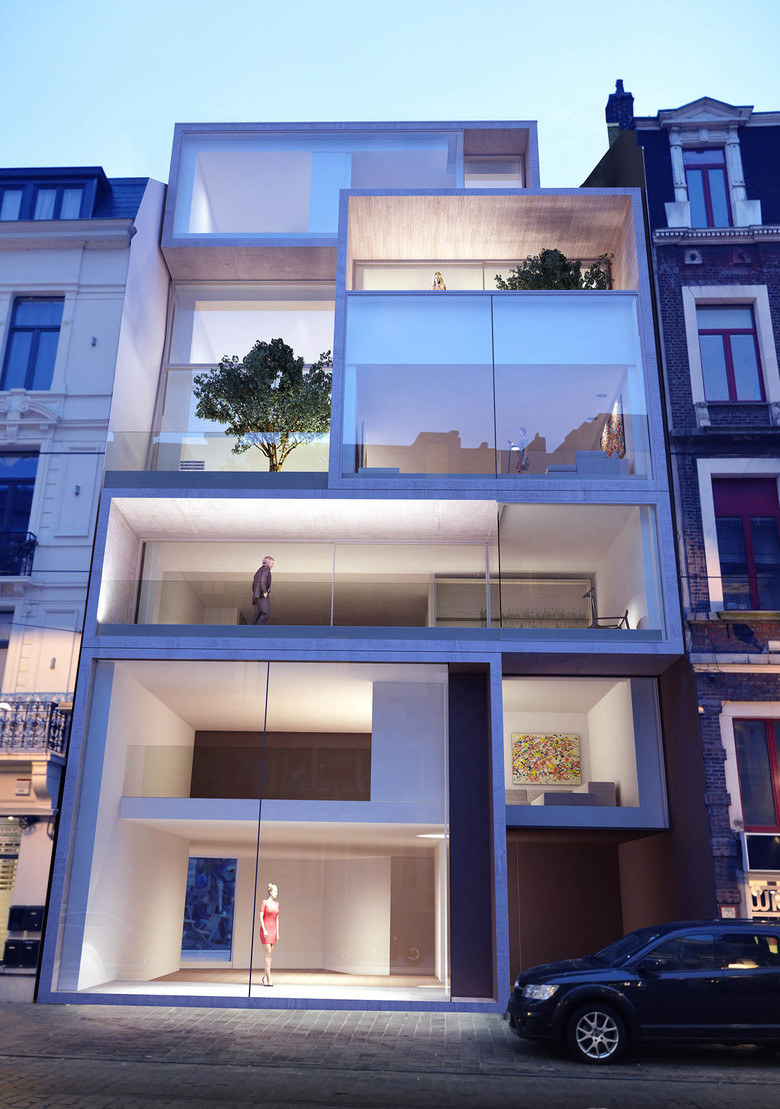 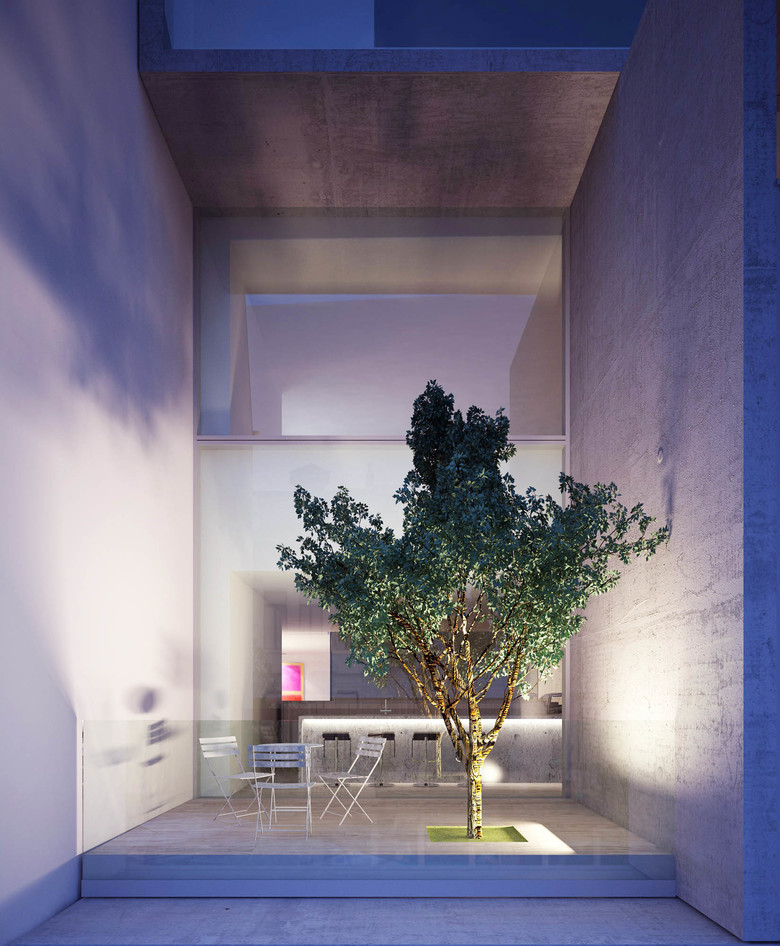 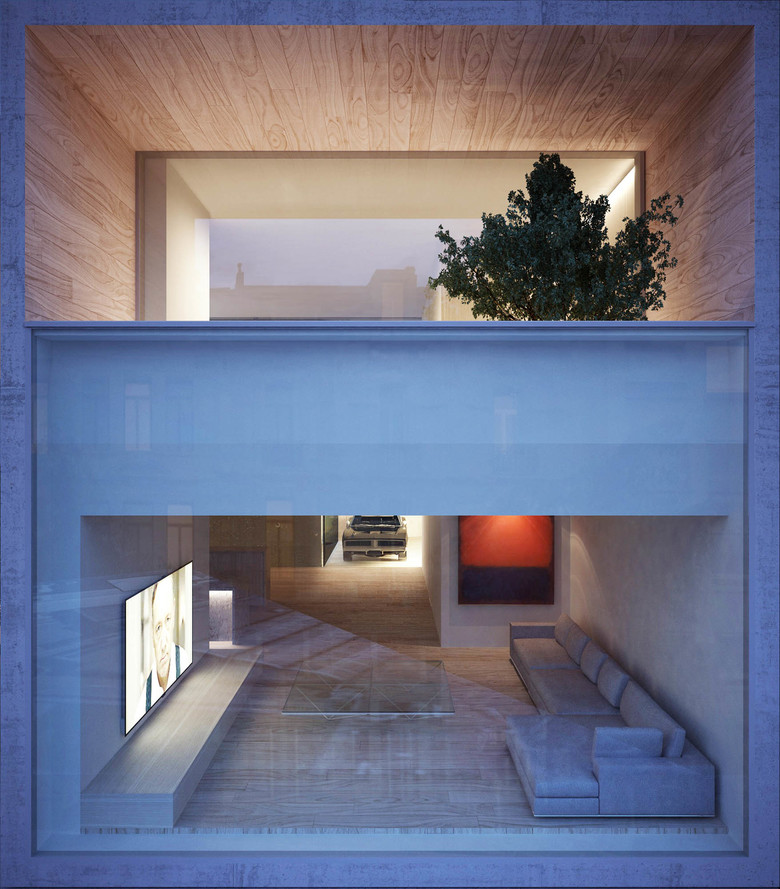 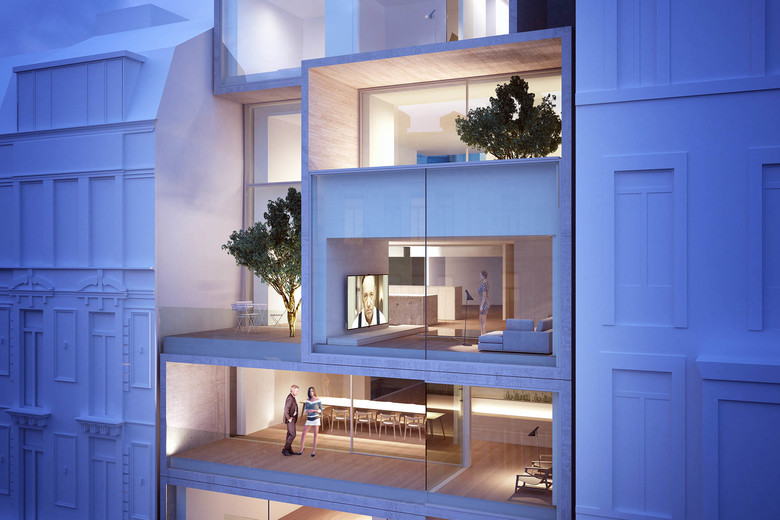 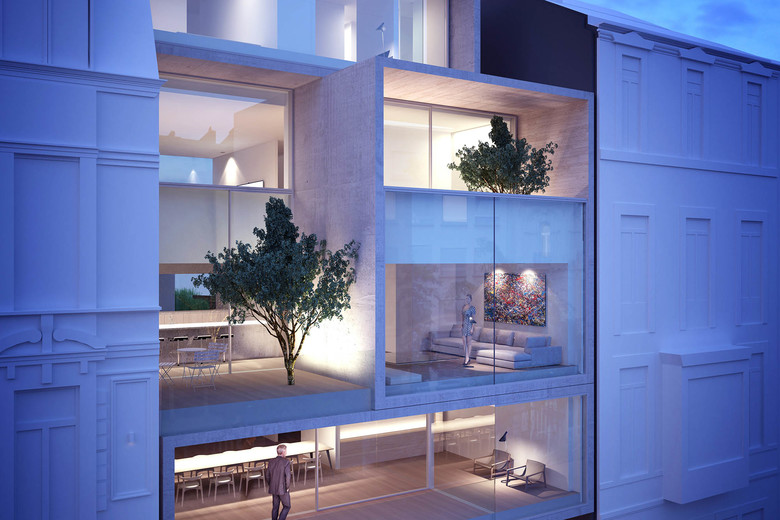 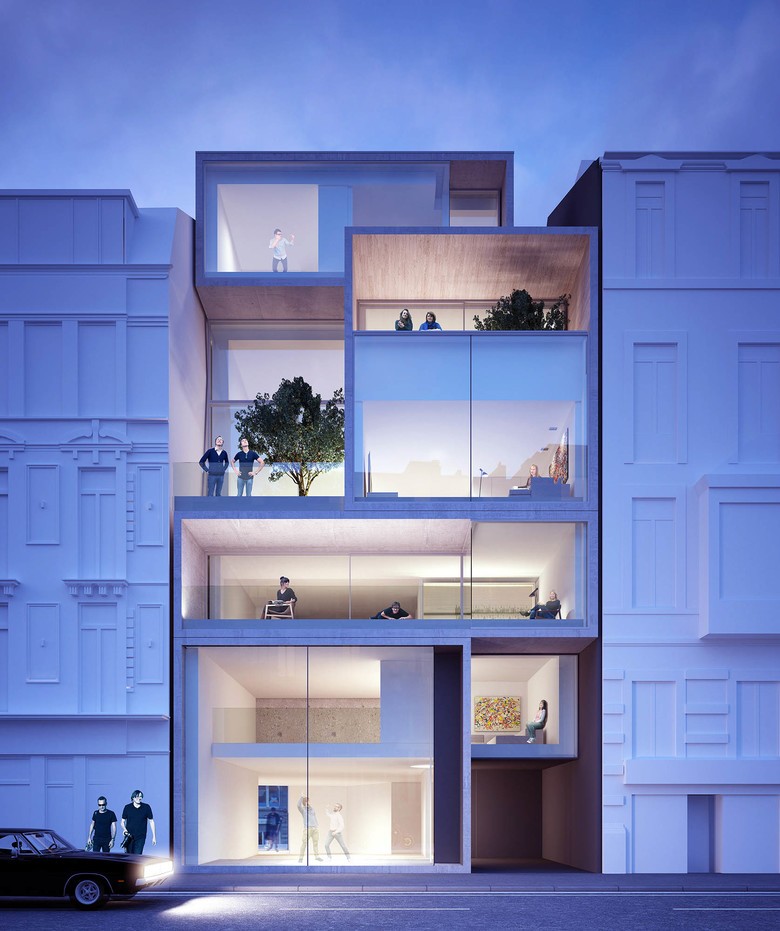 Located in the heart of medieval Ghent city, a heartless 70’ building dislocates a 19th century street. The brief: integrating 4 luxury apartments and an exclusive store + restoring the balance in an rare historic context.

Most 19th century city scapes are conceived on the principal of the Golden Ratio. Not only by proportion of the buildings itself, but also by street width, etc.

Instead of copying or abstracting the typical façade grids of the historic facades, we went back to the core principles of the 19th century Golden Ratio, to create our own purified grid that still remains linked the the old one. Adding the idea of stacked concrete frames underlines the proportions, but also creates massiveness to the building. Inside the frames, lucid glass boxes determine inside and outside space, both in a horizontal and vertical sense.