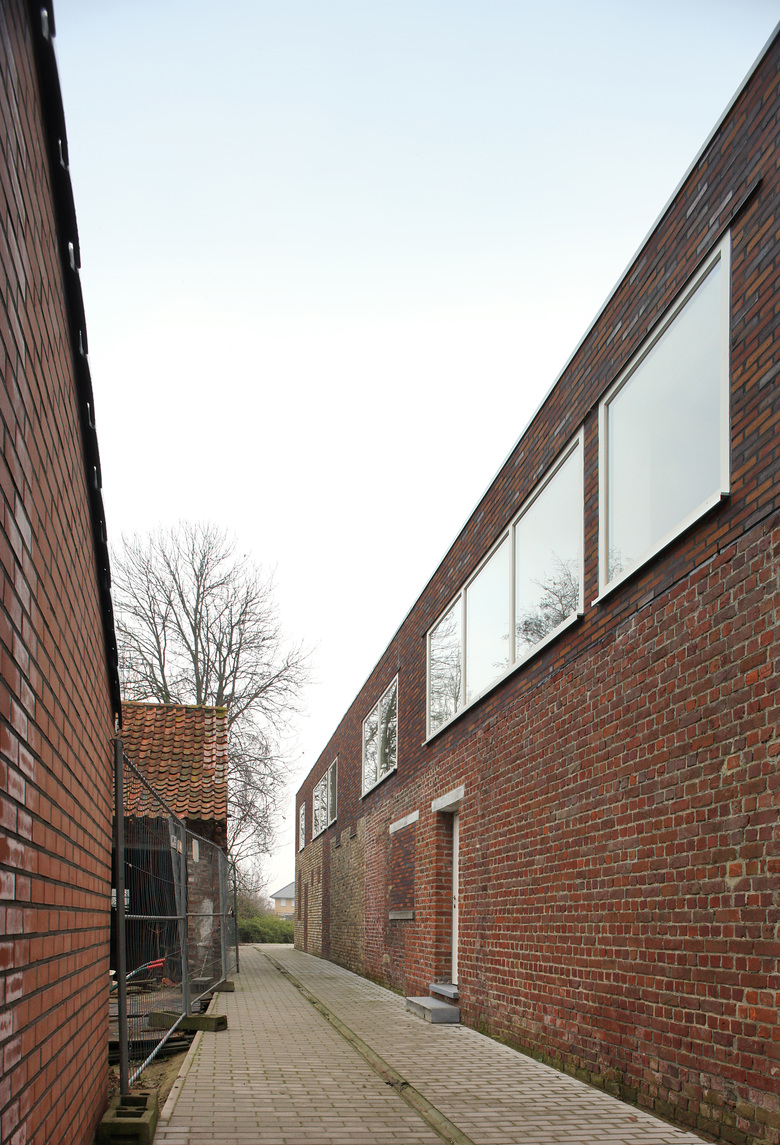 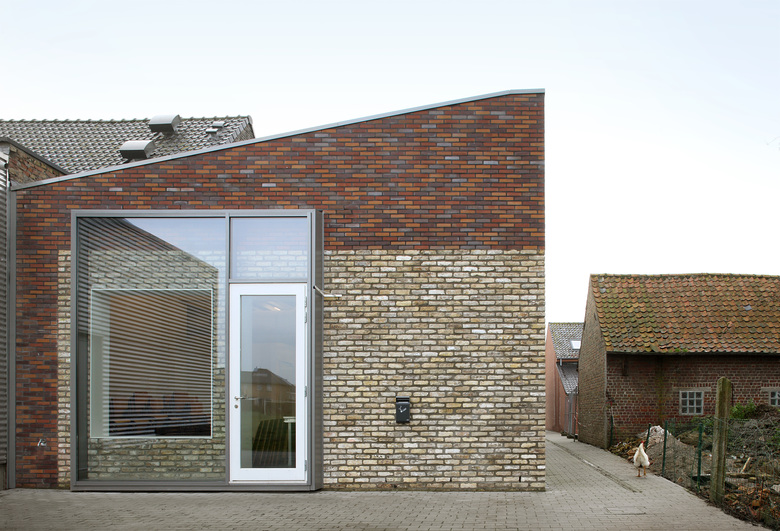 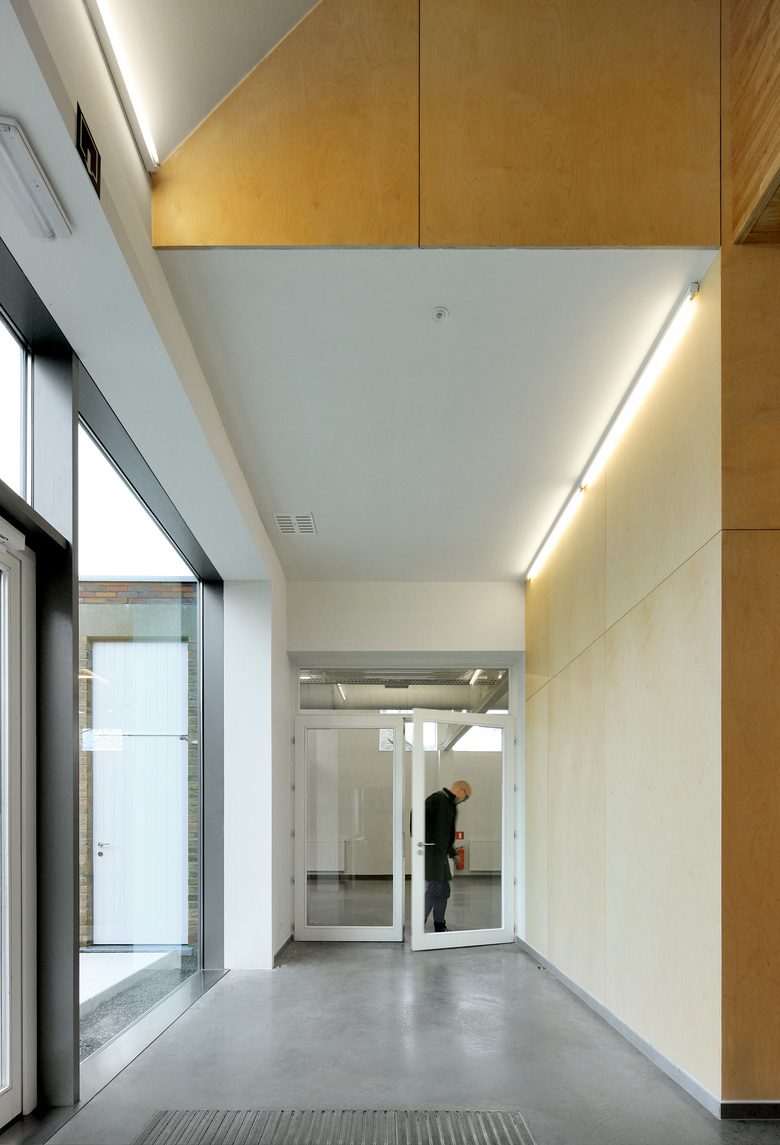 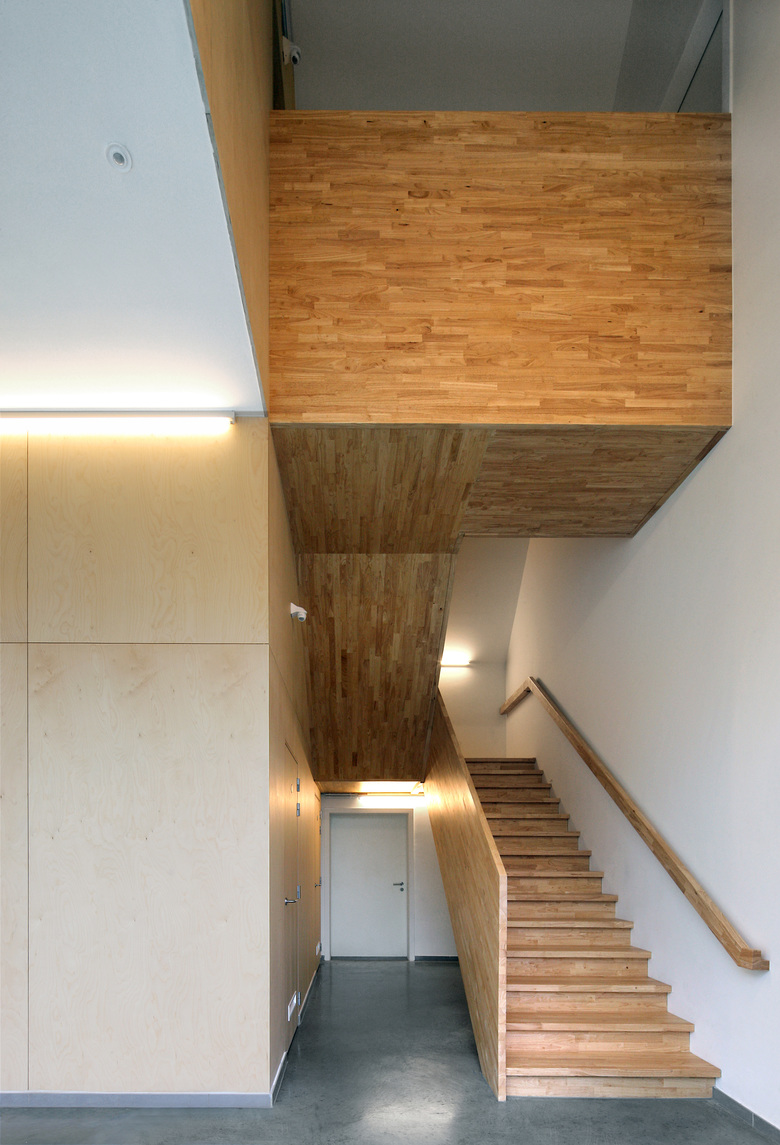 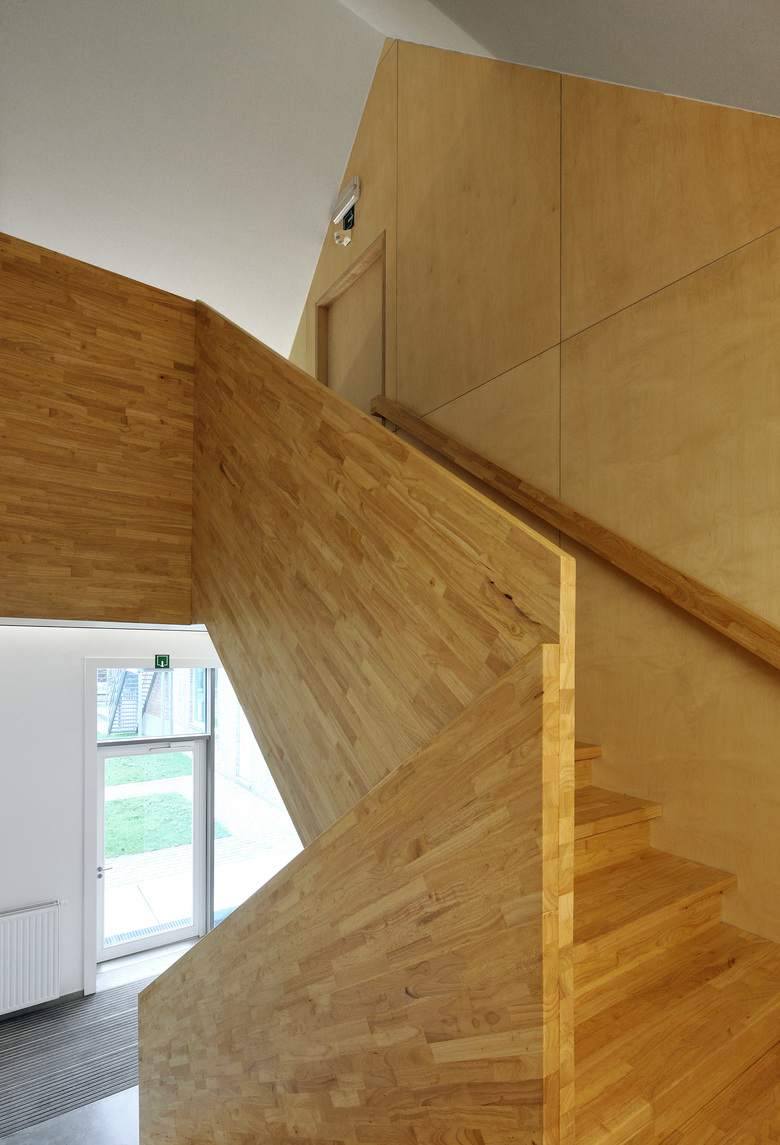 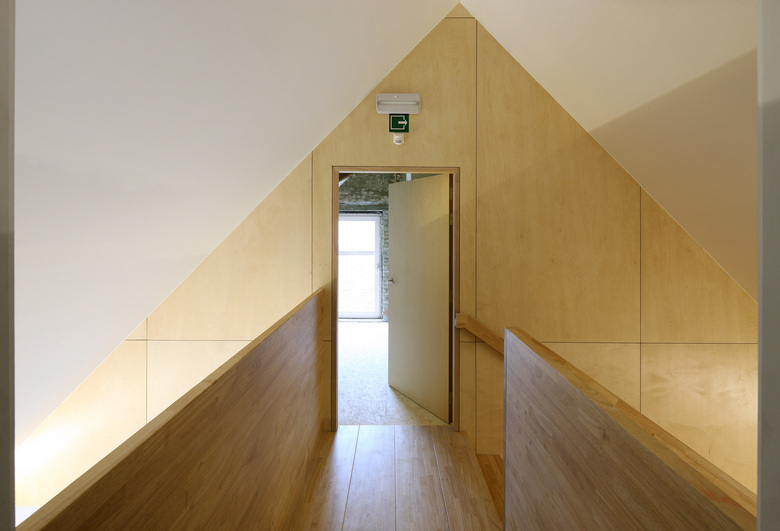 We were asked to design two community centres in the municipality of Vleteren, Belgium. The old school of Westvleteren and the old town hall and school building of Woesten had defined the daily life of the residents for decades. We created a strong contextual and historical design for both sites and we were able to maintain their position to community life as both buildings have become real meeting spots.
In Westvleteren the existing complex of buildings consisted of multiple successive structures, ranging from a 19th century school building and an old town hall, to an industrial structure from the 1990s. The dilapidated storage building made way for an enlargement of the meeting hall. And so the back yard became an outdoor space for the party room. The gabled roof was replaced by a single sloped roof, thus making the room and space higher, and creating better acoustics in the main hall. A central entrance hall connected the different functions and spaces and accentuated the entrance of the building. By using different types of bricks we emphasised the successive renovations in the past. The new added walls built from contemporary bricks, strengthened the patchwork of these different bricks. Thus, the community centre was adapted to the modern requirements, while respecting the environment and the users, and adding a whimsical character.