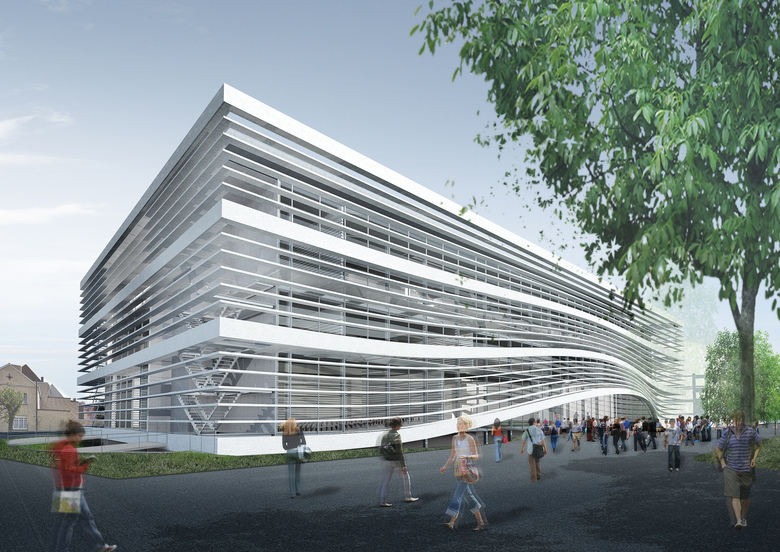 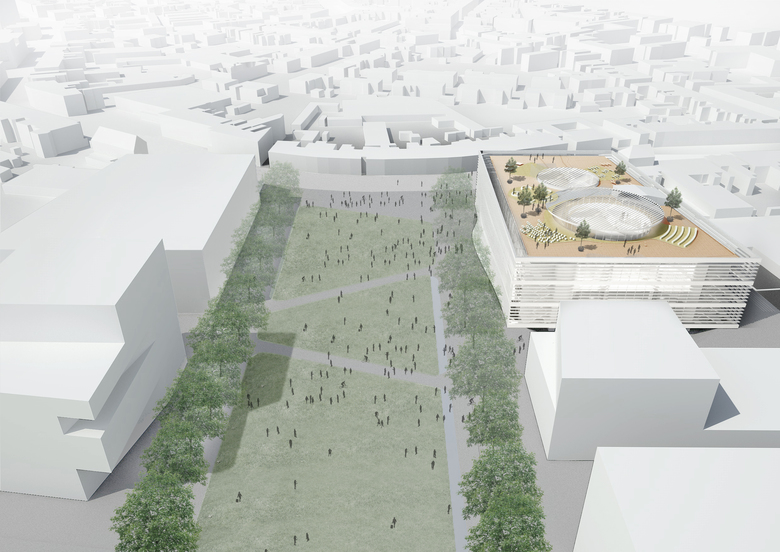 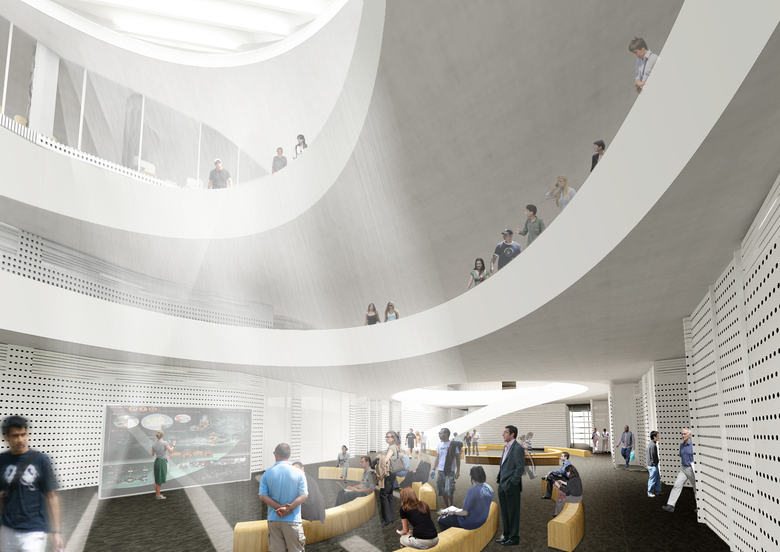 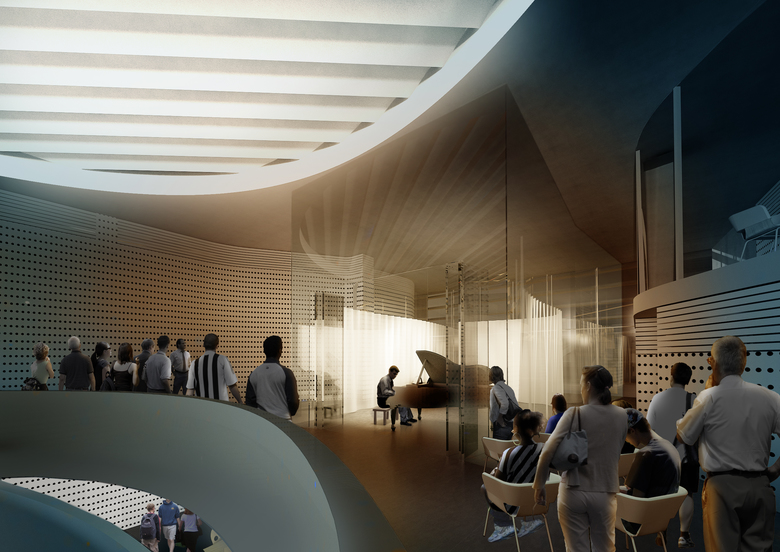 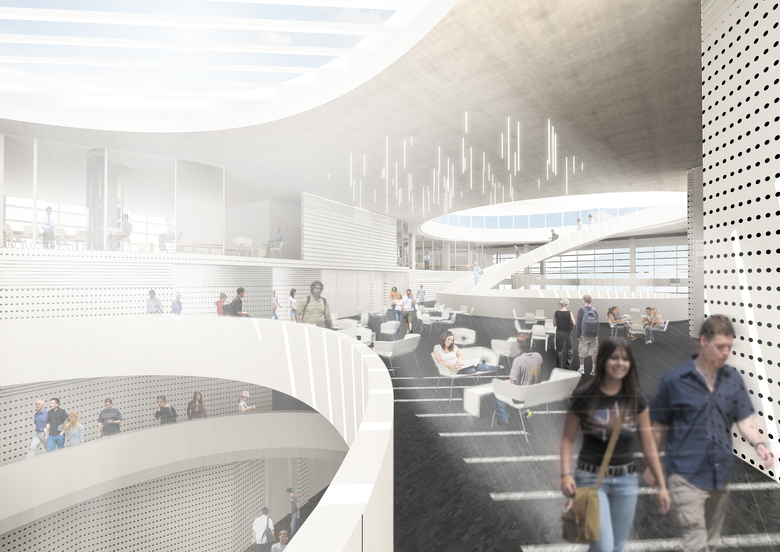 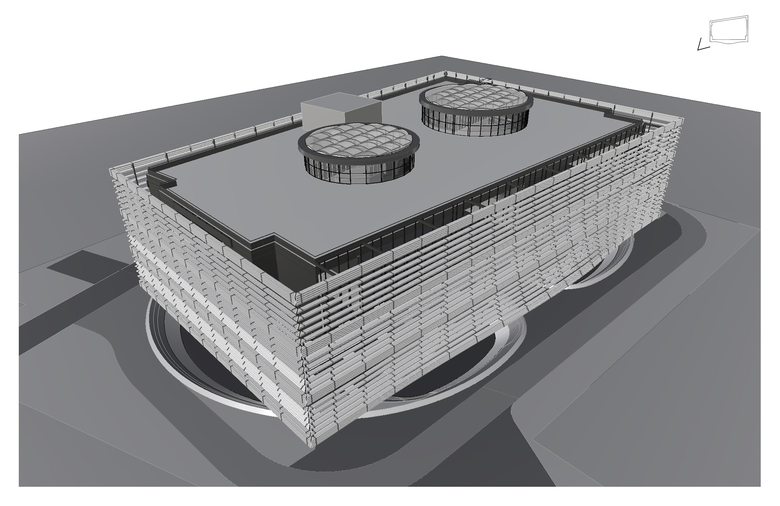 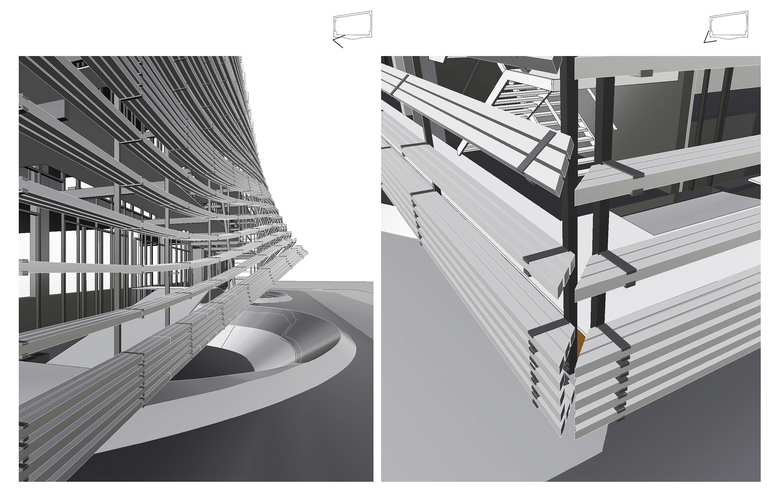 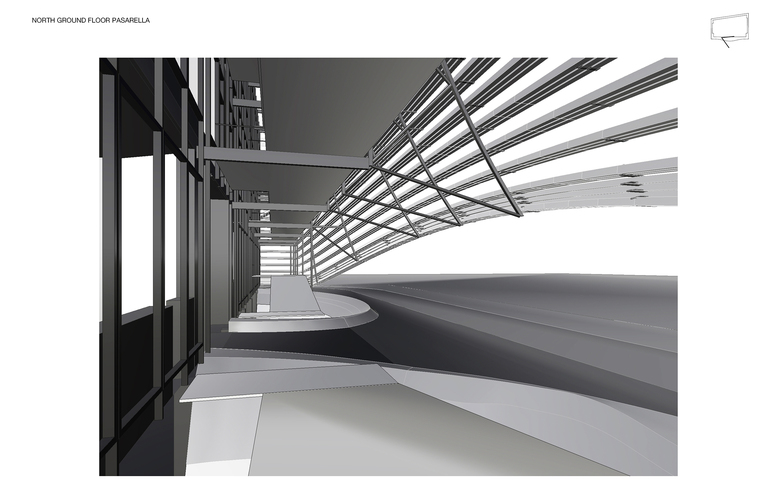 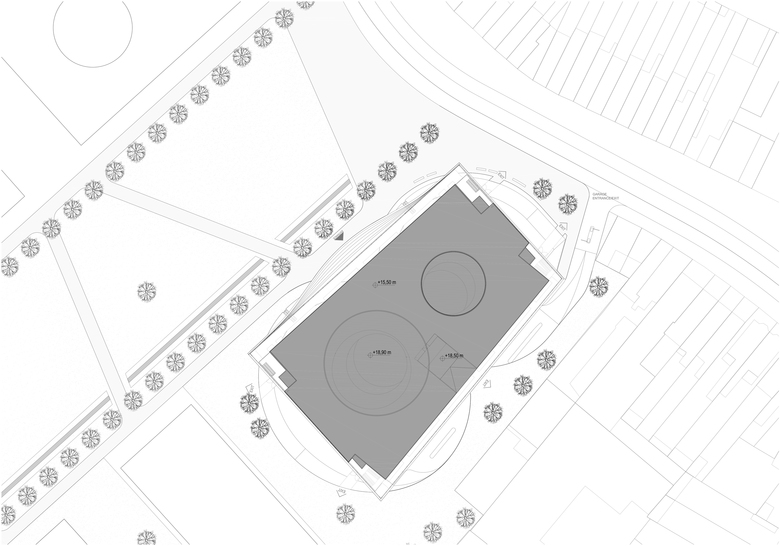 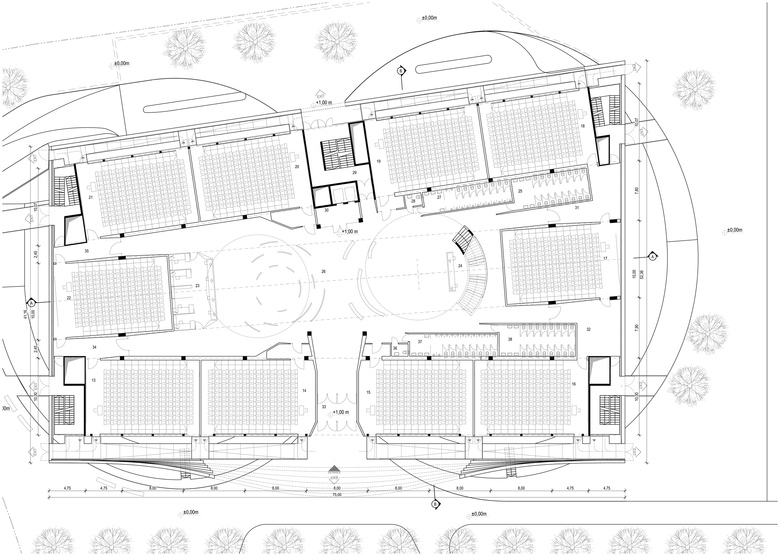 In collaboration with
Lens°Ass architects

The Soag building is a free standing volume, set back off the Voskenslaan, creating an open space as a transition between residential homes along the street and the large green axis of the future master plan development. Its monolithic massing communicates with its immediate surroundings with a permeable shading membrane, horizontal lamellas which evenly wrap the building’s englazed volume. The wrap opens up at the north-west side of the building in front of the plaza as a big entrance arch, unveiling the interior of the building on the ground floor. The big entrance arch act as inviting element which directs people form the plaza/lawn to the interior of the building.

Soag is developed as a new school environment, as a hybrid studyscape, where students, teachers, visitors and a general public meet, interact, study, work and play. Therefore we need to change first the circulation through the building. Our proposal avoids corridors in the building, as well as separation between vertical and horizontal circulation. Two big round atriums provide visual connection between the floors, vertical and horizontal circulation on the atriums edges provides a smooth transition between the floors. The central stripe with the two atriums becomes a new type of school space. It is developed on four levels, from the entrance level to the inhabited roof. This is a space for meetings, gatherings, informal events, performances and spectating, as well as for study and work. It becomes a sort of interior semi-public space, a vertical hall, where activities on each floor are evenly stimulated by visual connection through the atrium space. On each level, there are entrances to classrooms on both side stripes, leading from the central stripe.

The porous monolithic volume acts visually as a recognizable mark of future campus development. Namely, the most open, socially interactive central stripe of the building stretches all way to the glass façade and shading lamellas, creating a visual connection between the street space and the activity in the interior. The new Soag building gets a character of a public building, where activities of the school are not only presented to the campus but also to the general public and inhabitants of Ghent.