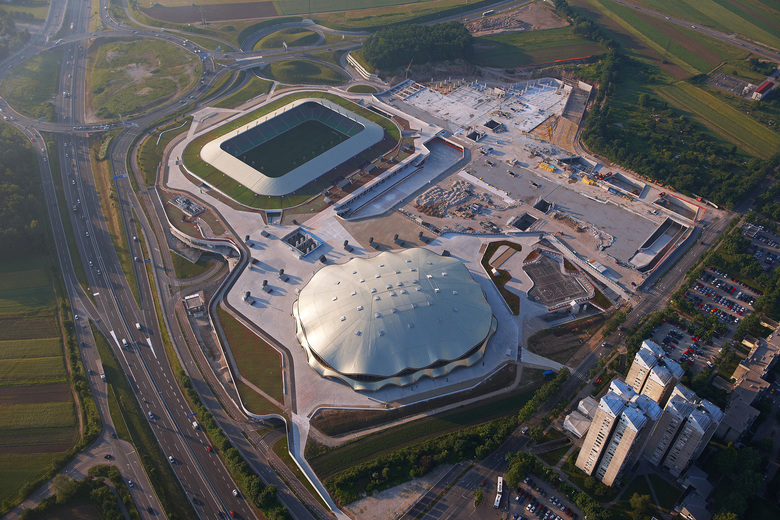 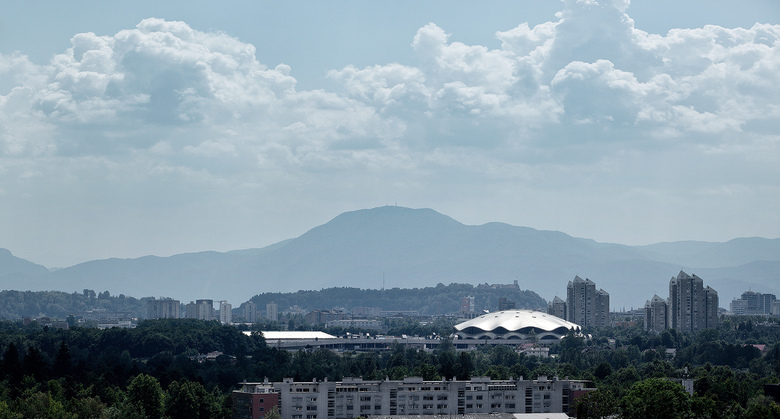 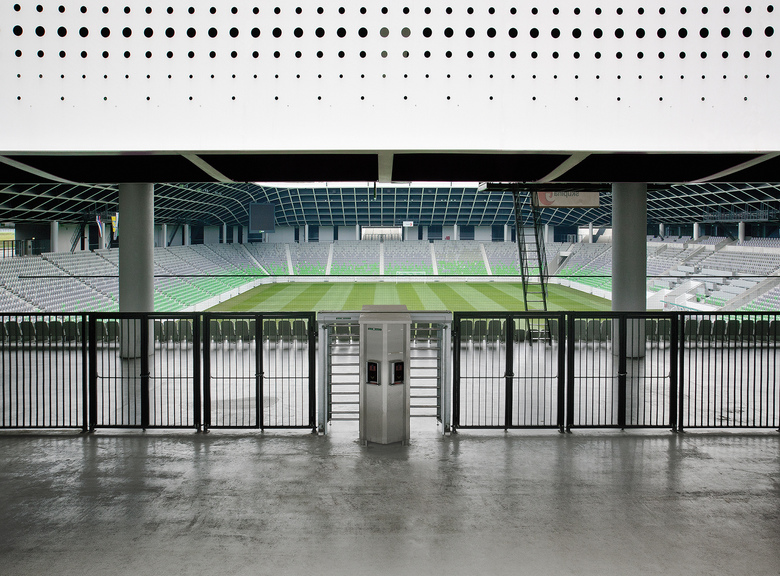 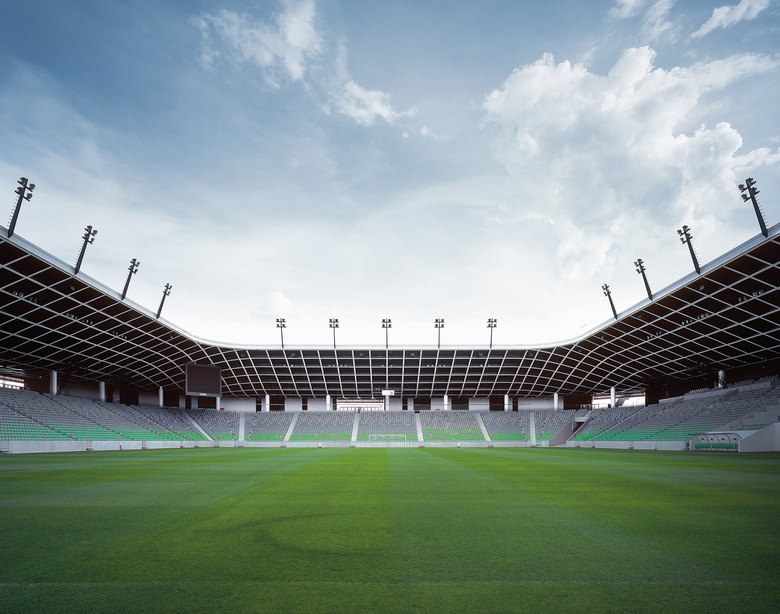 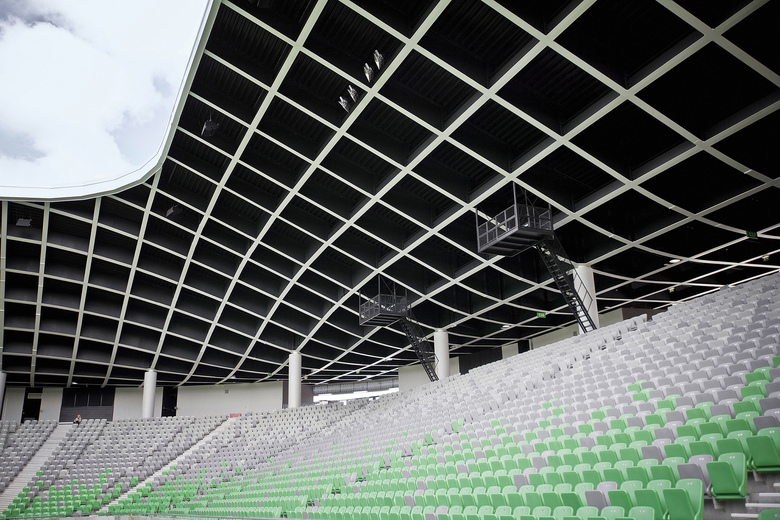 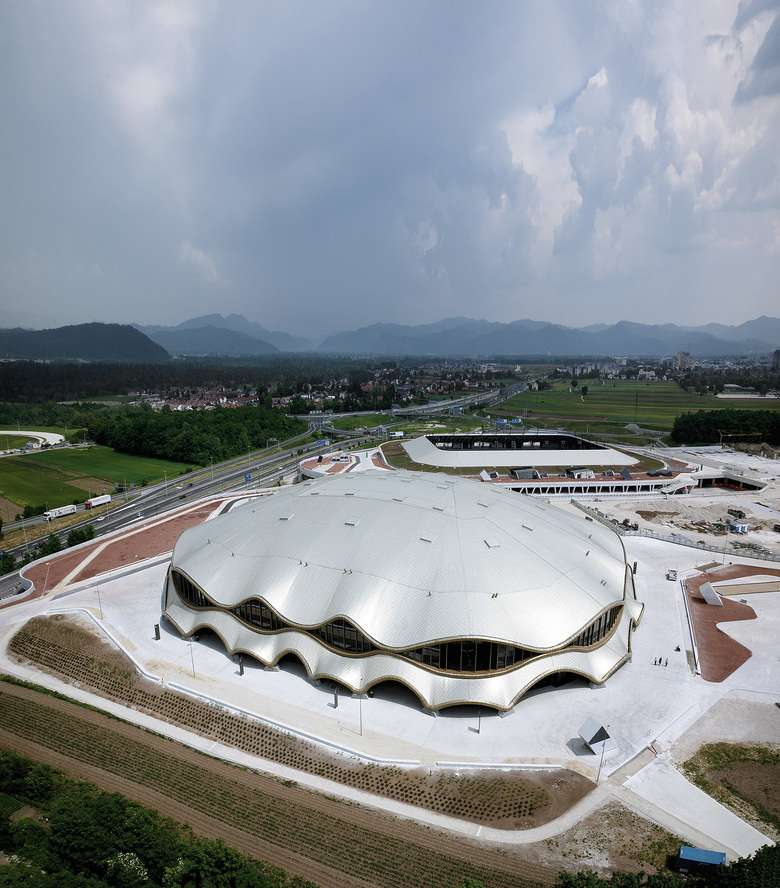 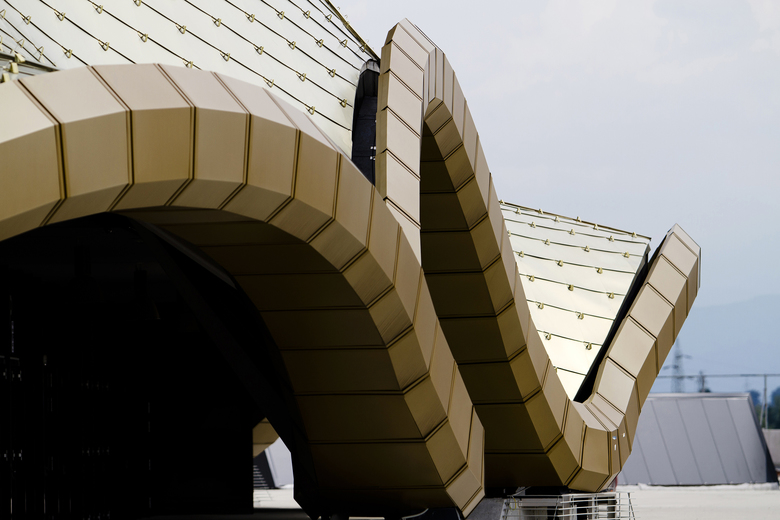 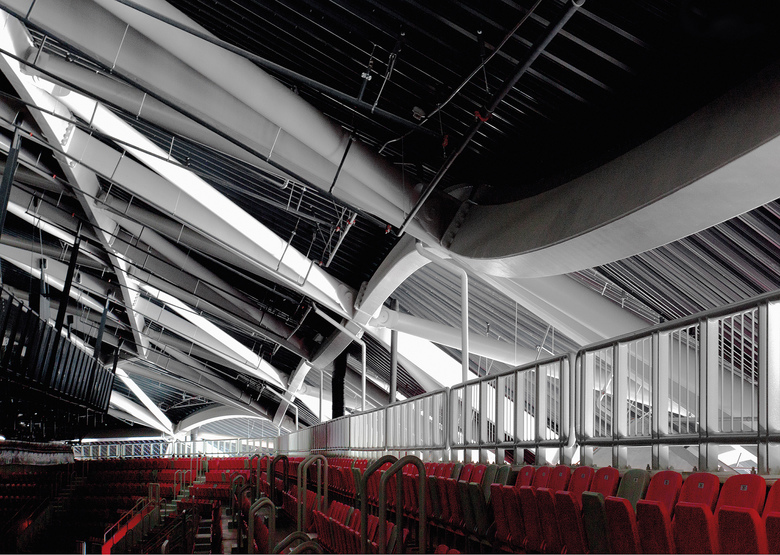 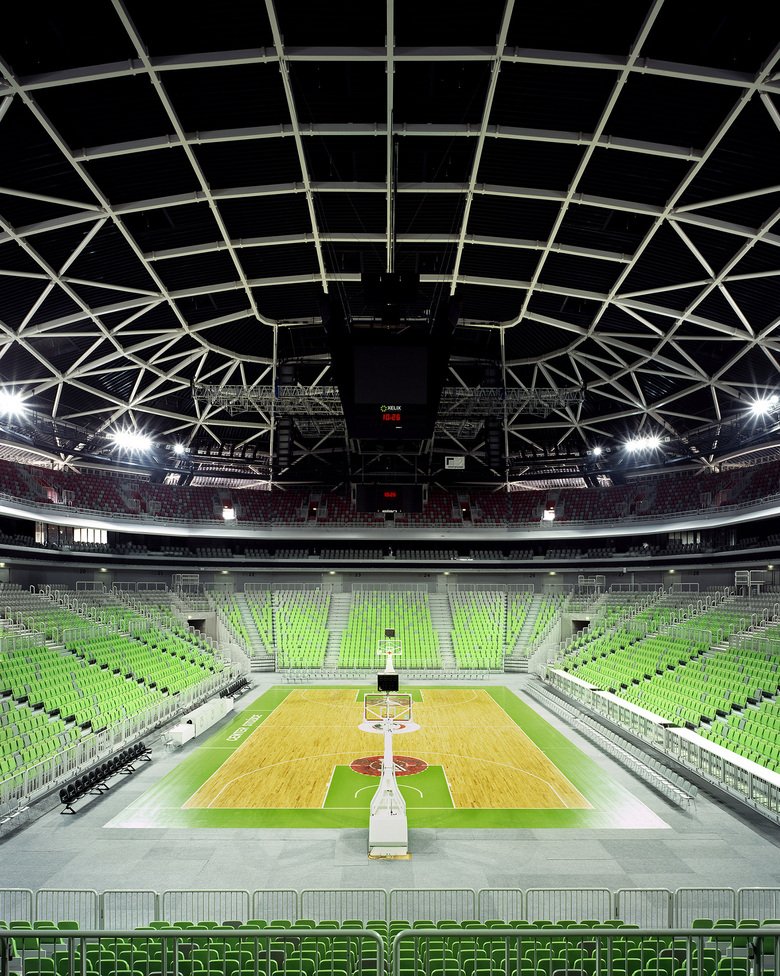 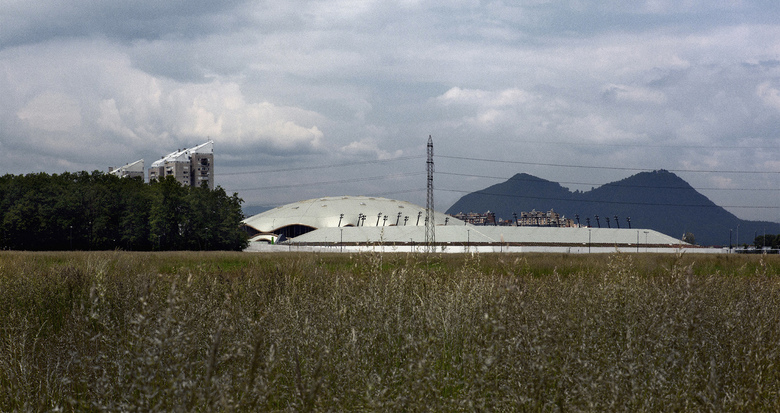 The Sports Park Stožice is a hybrid project. Its implementation is the result of the public-private partnership between the City of Ljubljana and the Grep development company. The Sports Park Stožice integrates a football stadium and a multi-purpose sports hall with a big shopping centre, covered by the artificial landscape of the recreational park. As a result 182,000sqm Sports Park Stožice becomes one of the major focal points of Ljubljana's urban life, attracting people of different interests and generation both during the daytime and in the evenings.

The football stadium for 16,000 spectators is laid out under the plateau of the park. As a structure, it's therefore ‘sunk' into the park. Only the roof over the stands rises above the plane of the park as a monolithic crater.

The sports hall for 12,000 spectators is located in the north-western part of the park. The four levels of concourses and the lower, VIP, and upper stands are covered by a shell-shaped dome.

The park's plateau, the edge of the shell scallops and opens towards the interior. The ridges continue all the way to the top, where the facade meets the dome. This outlines the shape of the hall, a shell that opens towards the perimeter with large crescent openings overlooking the park. Along the entire perimeter, there is a canopy encircling the hall, acting as a derivative to the scalloped shell. Like the stadium, the entire shell of the hall is also finished in exterior cladding that changes colour depending on the exterior conditions and viewing distance.