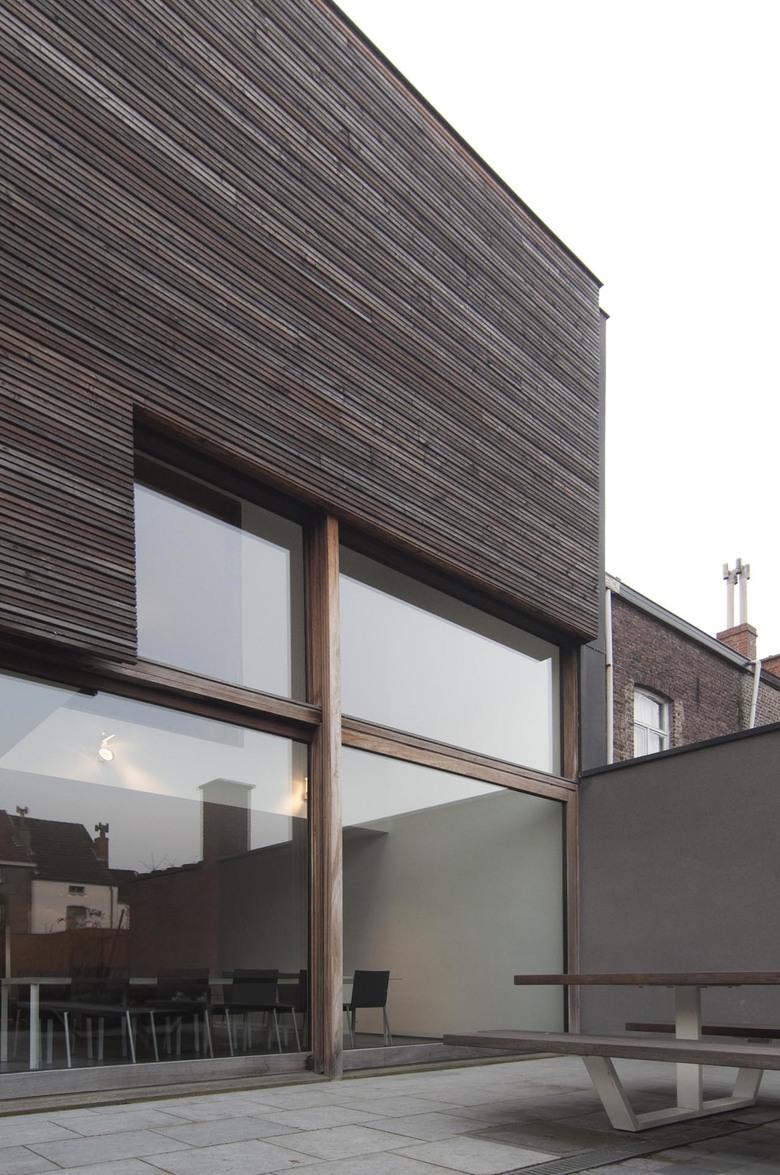 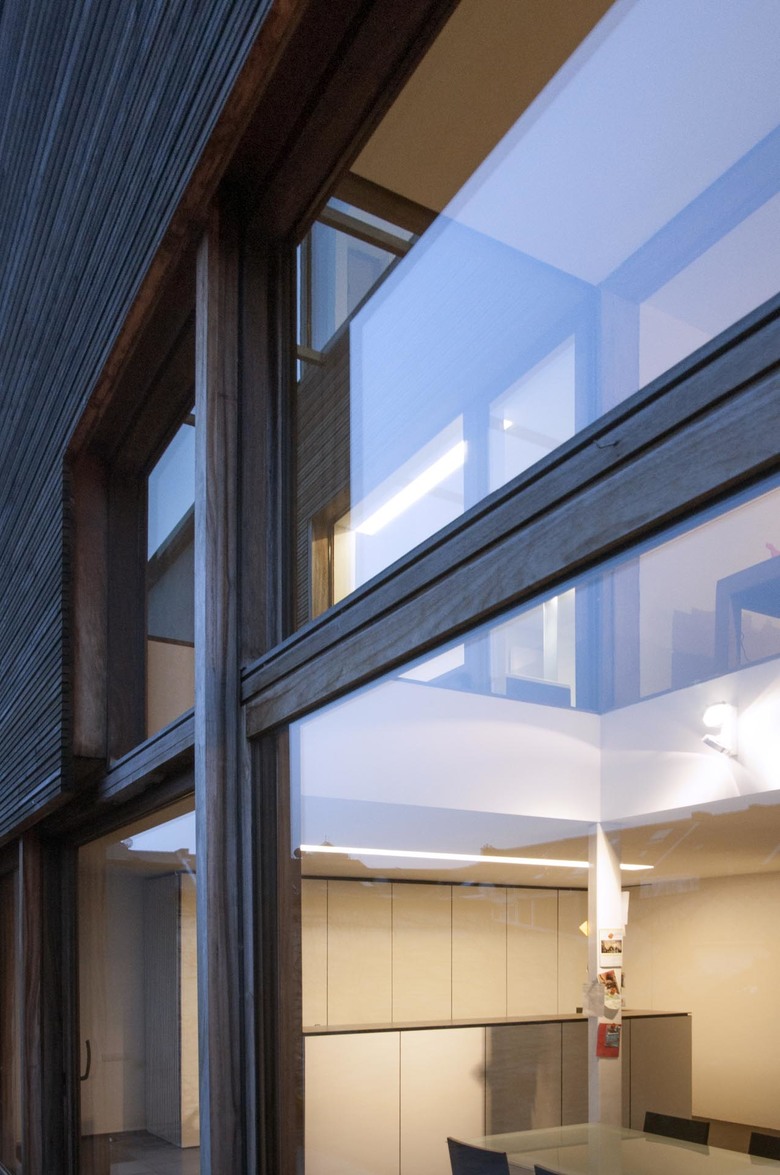 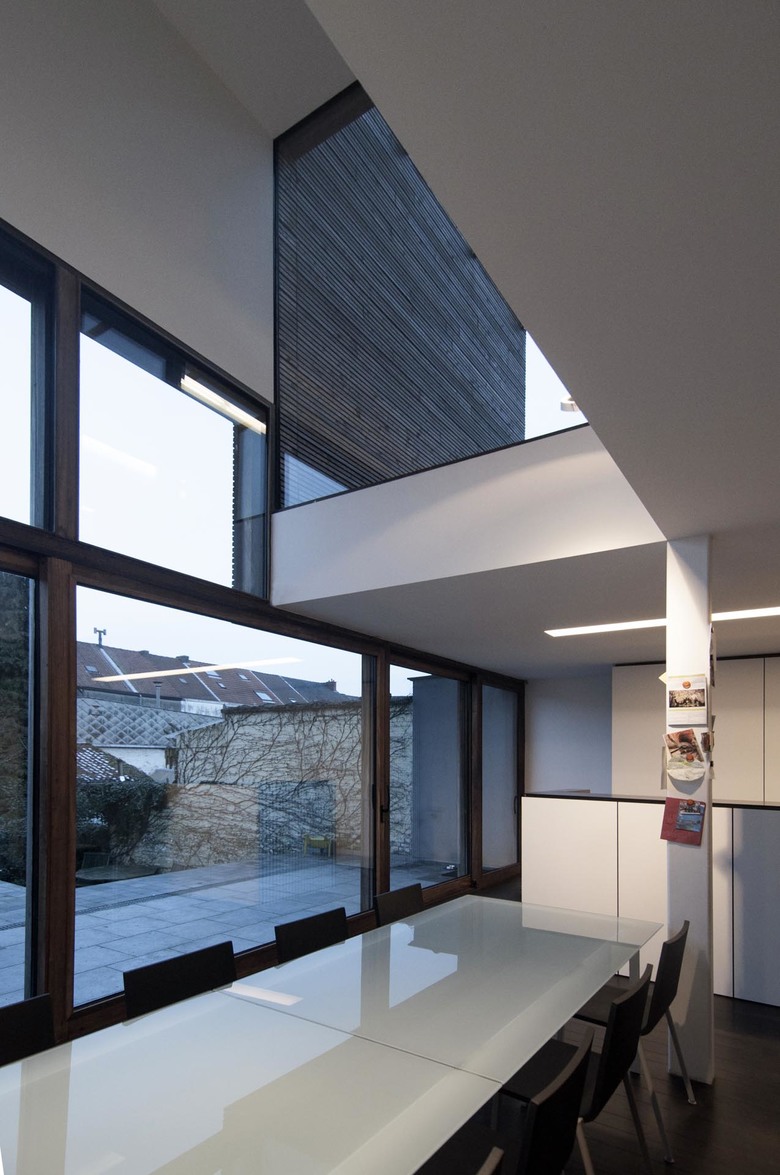 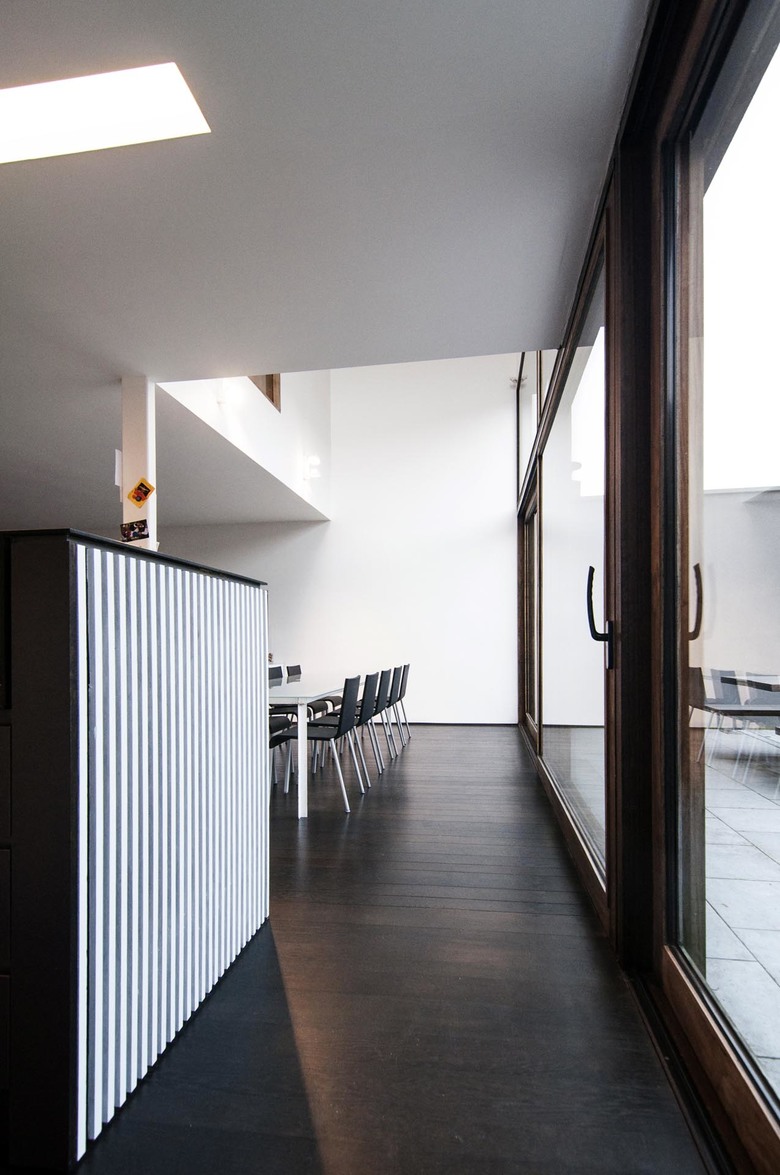 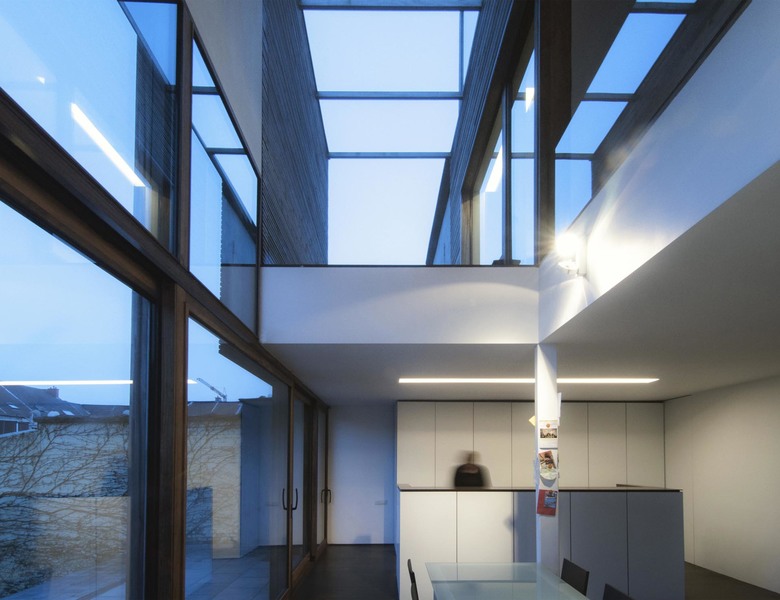 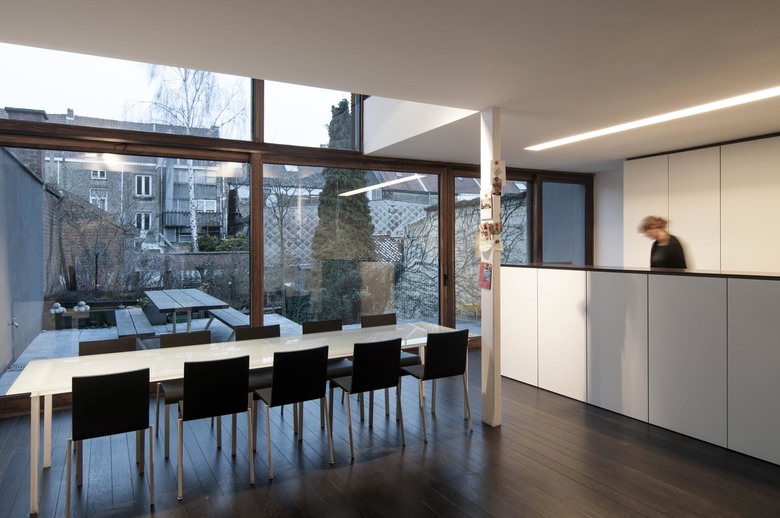 terrace next to the main bathroom 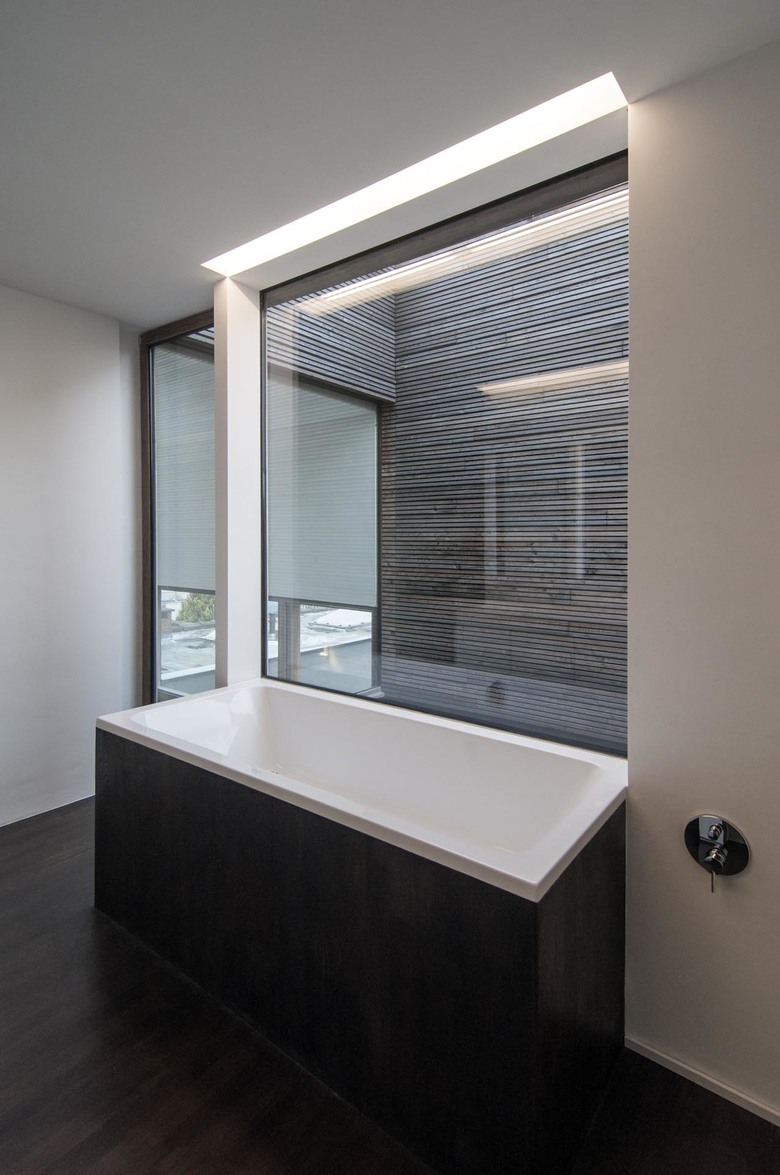 view from the kids bathroom 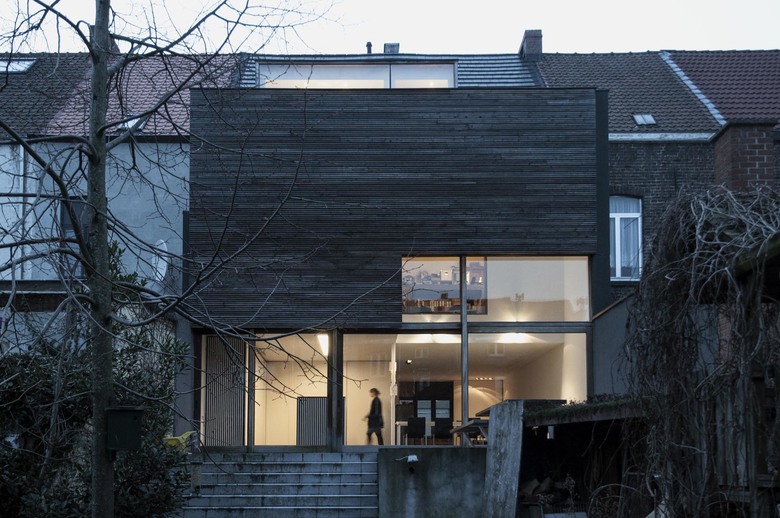 Two small nineteenth-century labourers-houses in the Gent Rabot were connected in the mid eighties to a single house, but without the qualities of a large house. The problems of the two tiny houses remained. Although at the start the client had only on a limited program in mind: he only wanted to insulate the roof and create some extra living space, after research it was shown that this was not enough to give the house a logical structure. Only a comprehensive approach would remove the impractical consequences of the improper renovation of the past. That is why a major restructuring was chosen with a special emphasis on ecology and sustainability.

The front-facade is completely preserved. On the back the non-quality additions were removed, which over the years were added to extend the house with new functions. It was opted for a less deep extension but on two stories high, build in timber and covered with laryx-wood. This new volume offers some distinct advantages. It creates more space on the ground floor for the living room and the kitchen, the bathroom on the floor get the necessary privacy and a terrace, and the mezzanine makes contact between the office and the living which are both more focused towards the garden. And while the house is faced to the west and therefore gets no direct sunlight in the afternoon, the new construction succeeds in this through a window on the side of the addition, the south side, to do it.

A second significant intervention consists in partly opening up the stairs. Internal windows were made in the bathrooms to make the stairs in the middle of the house bath in light and it made the stairs the real node in the house.

So the design manages to transform this house from a small complex of rooms to an environmentally sensitive single-family house, connecting in a natural way four bedrooms with often surprising ceilings, two bathrooms as meeting places for residents, an office and a spacious living area.