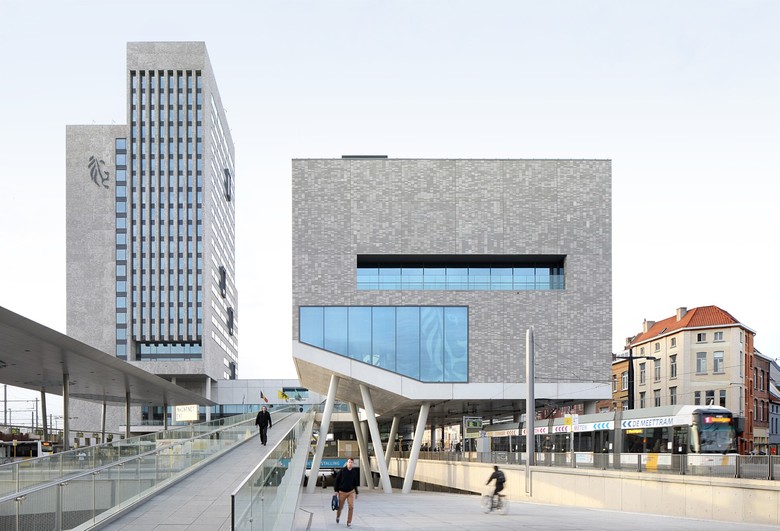 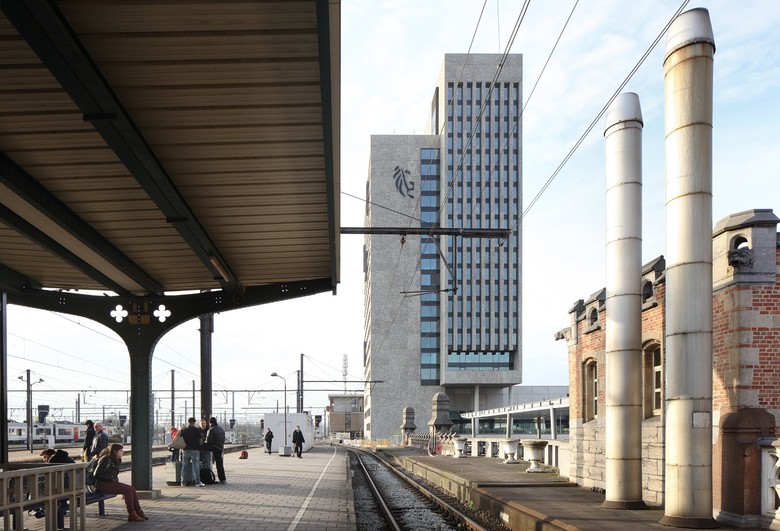 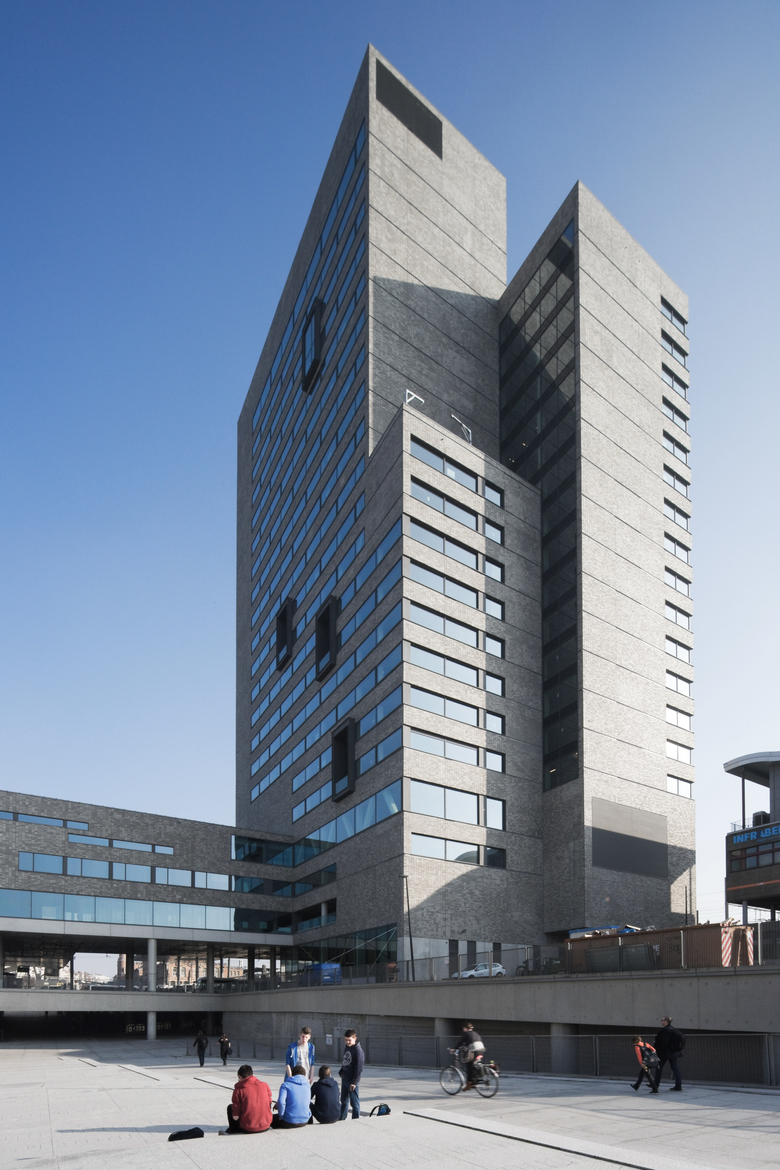 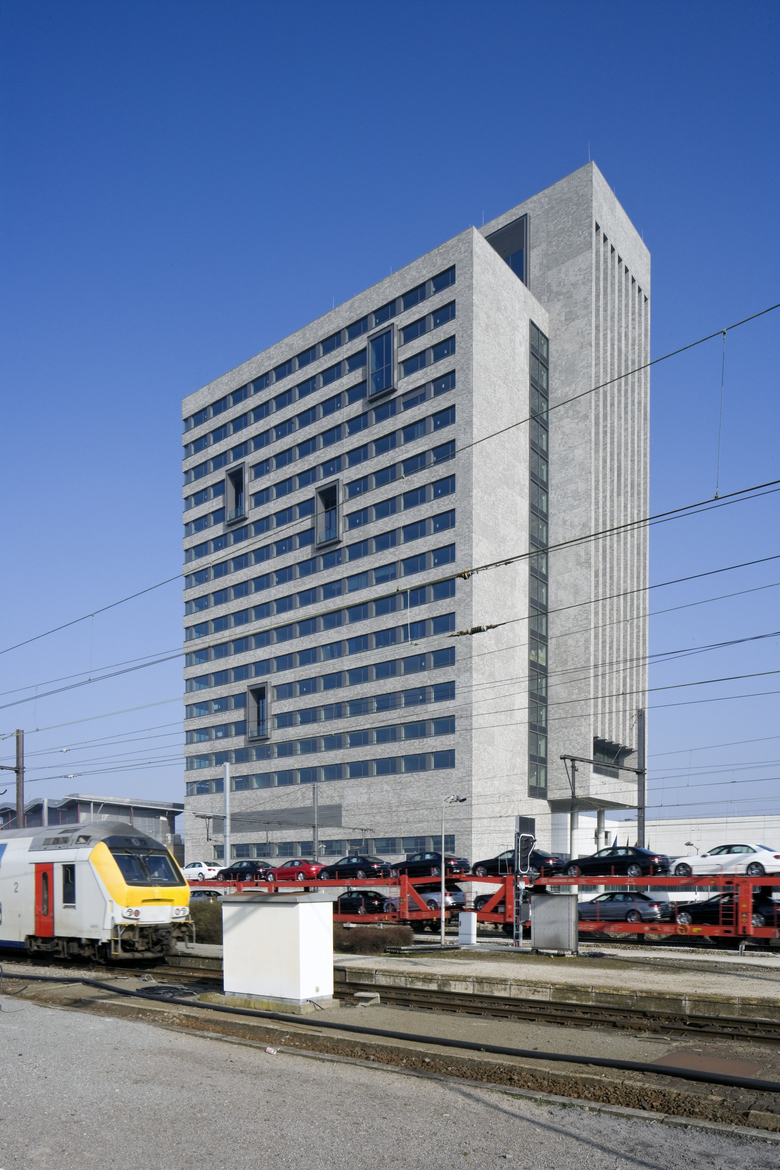 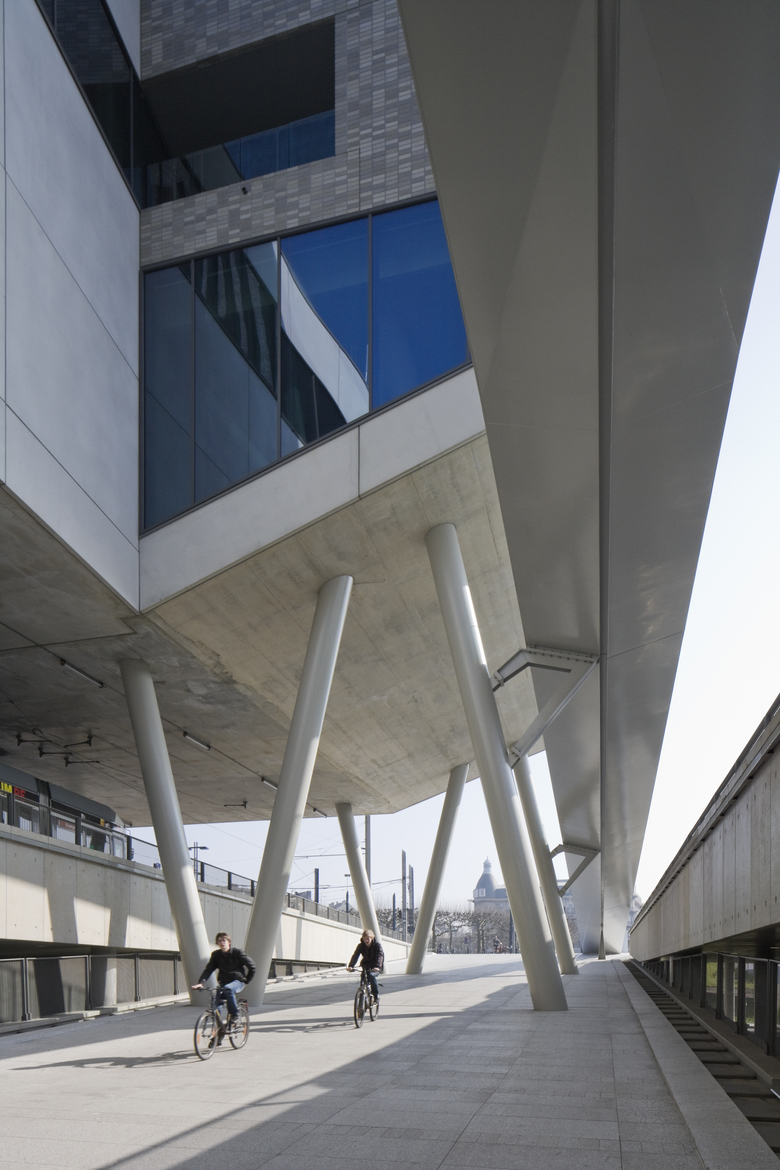 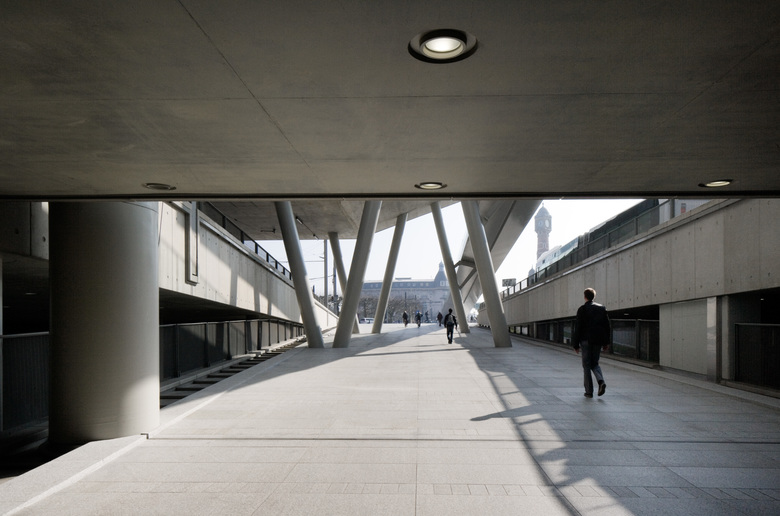 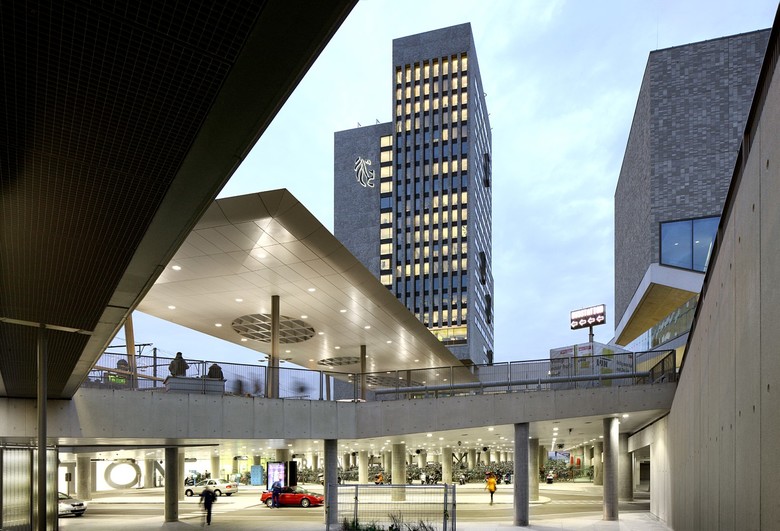 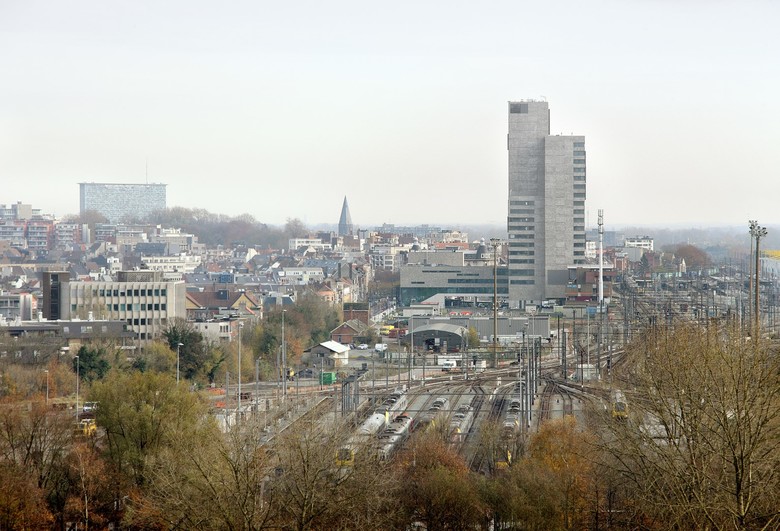 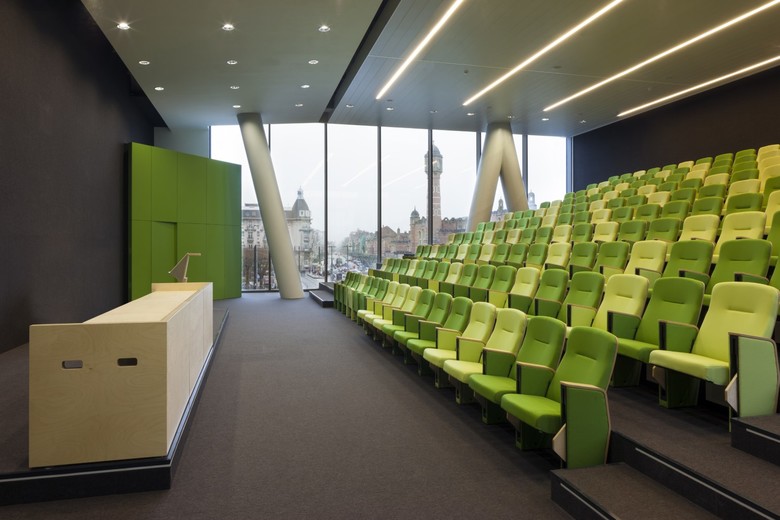 The Flemish Government cherished an ambition since 1999 to house its civil servants in the Flemish Administrative Centres. These were to be erected in the five provincial capitals, always in the immediate vicinity of the major stations. The Virginie Loveling Tower beside the Ghent Sint-Pieters station was the last and largest administrative centre in the sequence. The construction of the tower by POLO Architects kicked off an ambitious urban regeneration project at a disused rail yard.

INTERNATIONAL DESIGN CONTEST
The international design contest for the centre posed several stringent parameters. The master plan prescribes a two-section building consisting of an office tower along the railway embankment and a lower, more public arm along Koningin Fabiolalaan, which includes an exhibition hall, an auditorium, a multipurpose venue, and a childcare facility. The L-shaped floor plan delineates a plaza beneath. This transfer point is a busy public transport hub with a tangle of tram tracks, bus stops, and bicycle parking facilities.

URBAN CHALLENGES
With a few gestures, the winning design responded to several complex urban challenges. The first was to combine the office programme with the transfer hub for public transport. To prevent the busy traffic from invalidating the public nature of the tower, the entrance is located on the level of an elevated city courtyard. The raised ground level is suspended above the transfer hub. It offers a break from the hustle and bustle as well as a heightened viewpoint. Access to the building is visualized by the striking ramp that rises from the public square in front of the station. A car park for commuters is situated beneath the building.

SLIM TOWER
The second challenge involves incorporating the large-scale programme into the vulnerable urban fabric. The relationship with the residential neighbourhood along Koningin Fabiolalaan is especially delicate. To bring the project in relation to the neighbourhood’s smaller scale, the design shifts part of the anticipated volume from the arm to the tower.
The homes along Koningin Fabiolalaan look out on a more modest building, whereas the tower is taller and appears slimmer. The impression of a slim tower is reinforced by dividing the tower into two staggered volumes. The auditorium, made visible in a cantilevered facade and in the large windows, emphasizes the arm’s public character.

HUMAN FACE
The third challenge is the integration of the tower in the broader cityscape. The administrative centre adds a new pinnacle to Ghent’s historic ‘row of towers’. Varying design choices give the tower a more human face. Large bay windows are cut into the brick facade. Each landing links two office floors and offers the civil servants unique vistas of the city. The presence of the bay windows in the facade breaks up the anonymity of the office tower. The bay windows insinuate human presence. The building begins to speak.