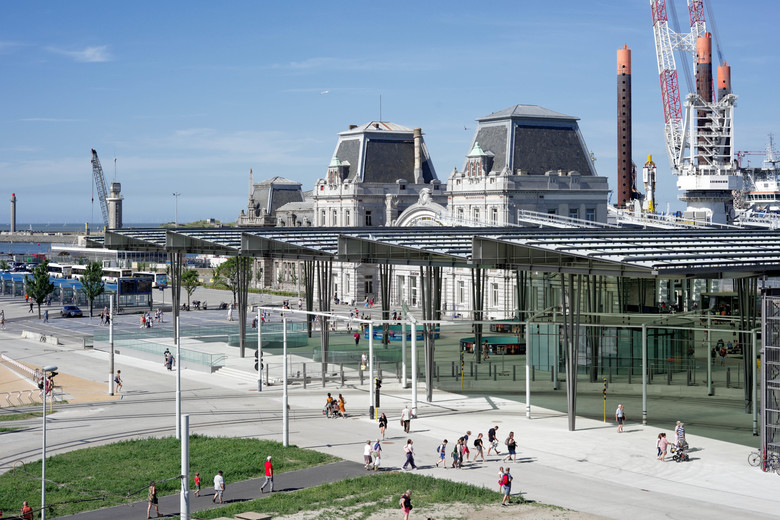 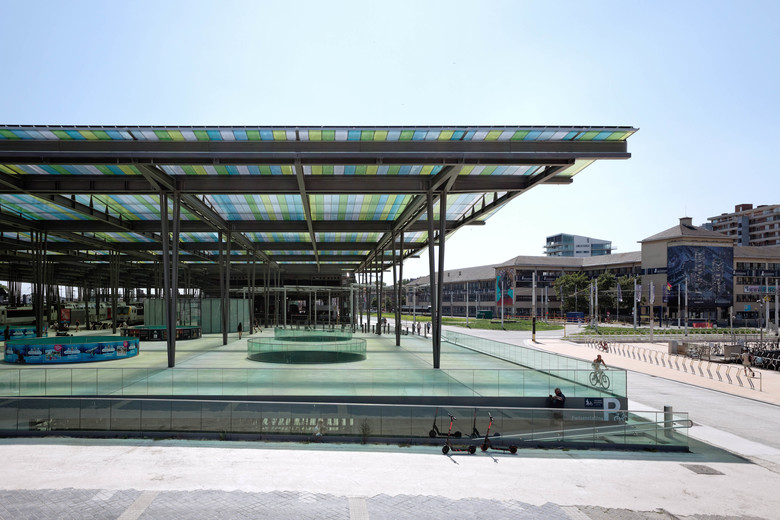 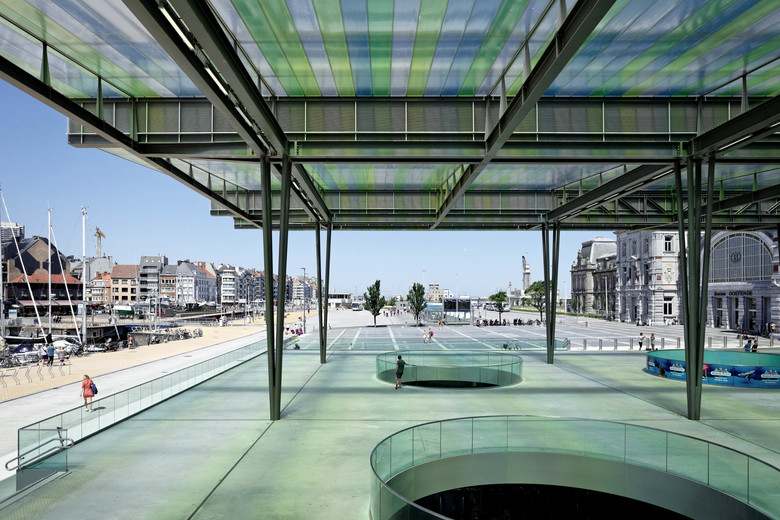 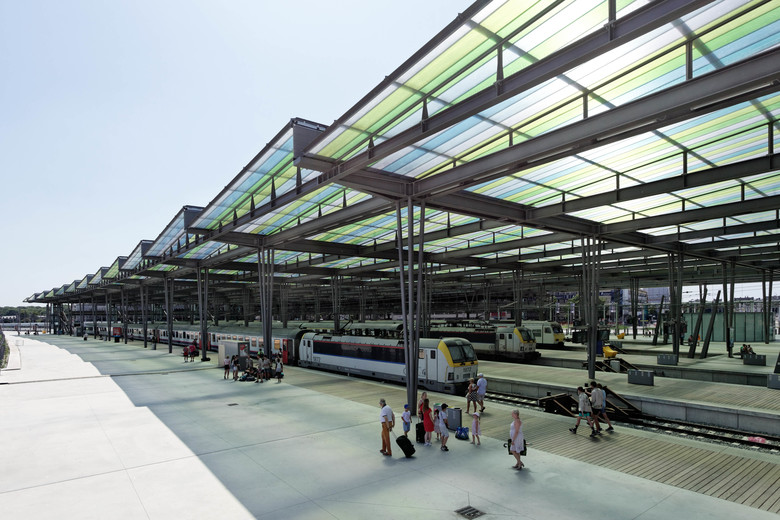 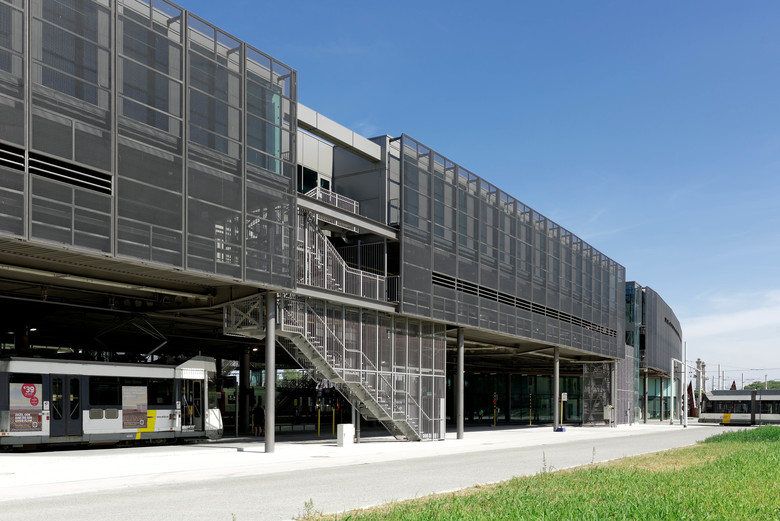 The station of Oostende
A station by the sea

It is more than a hundred years since King Leopold II had the current Ostend station built. A bourgeois building with a magnificent architecture, worthy of the "queen of seaside towns". Just like the city, the station has also expanded. It has become a popular transport hub, where thousands of passengers find their way every day to take a train, tram or bus, or a ferry or cruise ship.

For these many travelers, an increasingly complex infrastructure has developed over the years to provide a confusing mix of buildings and parking lots. This limitation makes it impossible to pursue development as more and more people use public transport. Therefore, the project partners are investing in the renovation of this station, with its unique location right by the sea. They are making this seaside station a leading transport hub.

As the remaining walls of the exit room were classified, it was decided to demolish the roof and other walls and to keep the only classified wall, without a roof. The new canopy partly spans this old wall. The old tram station was demolished in 2019.
The bicycle parking is now underground with a series of round atriums overlooking the space between the platforms and the station building; the tram station is closer to the train station and a multi storey car park has been built along the train platforms.

Other Projects by Dietmar Feichtinger Architectes

Footbridge of the museum