RESTAURANT ON THE SEA 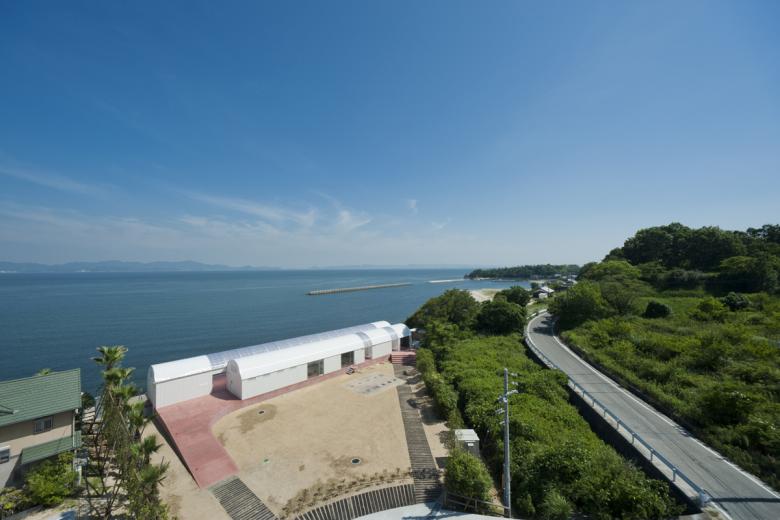 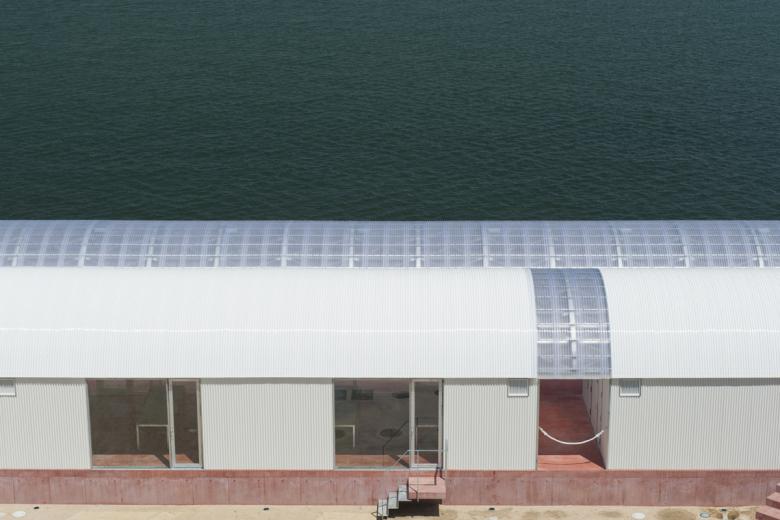 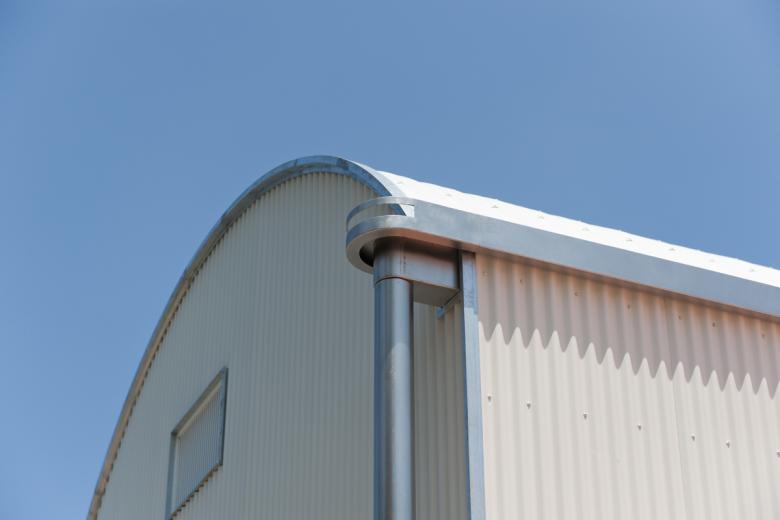 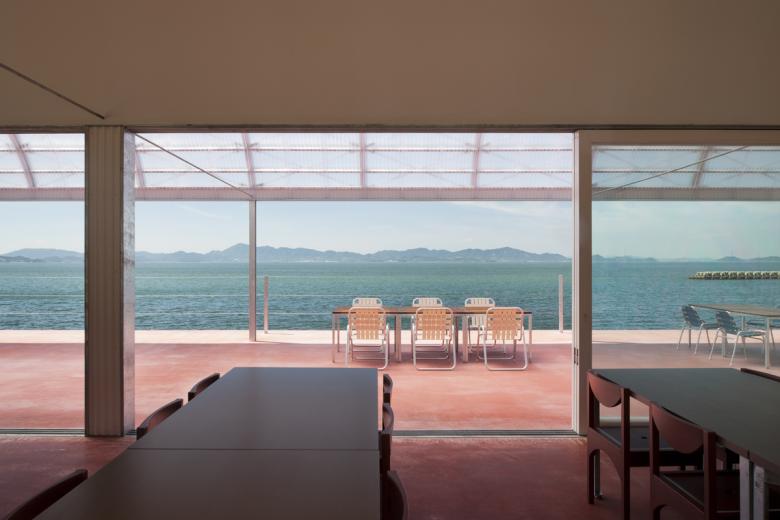 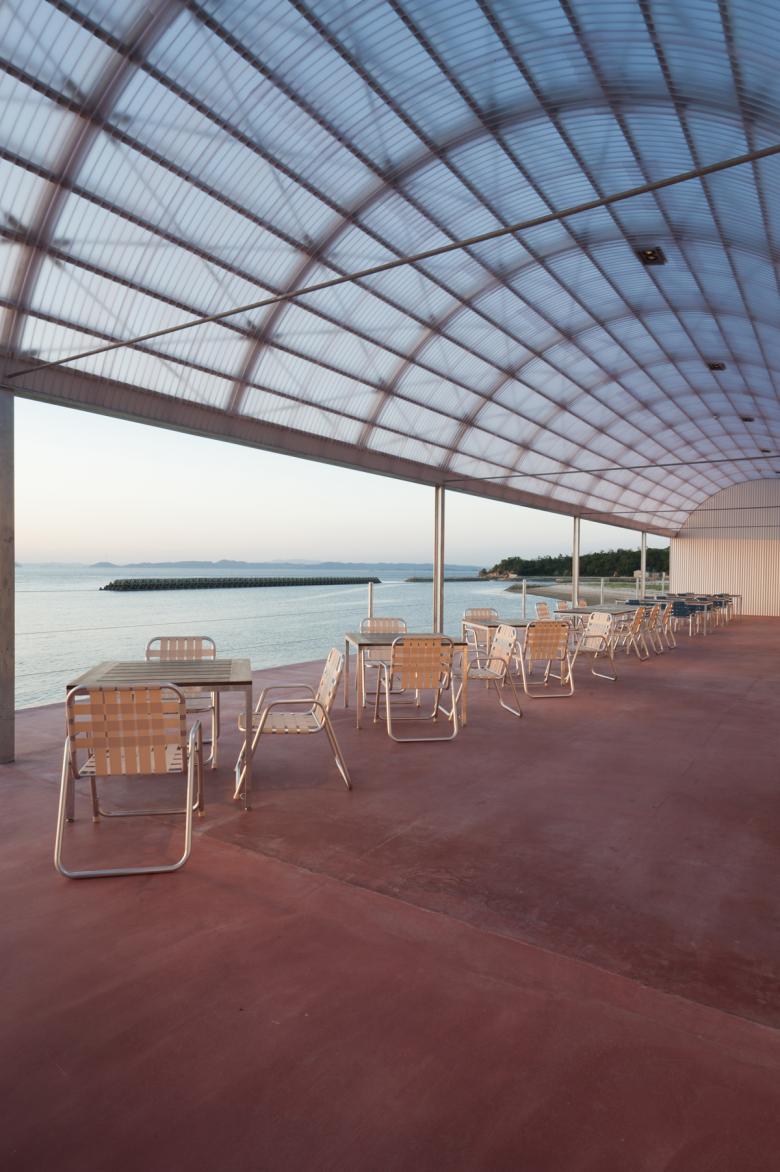 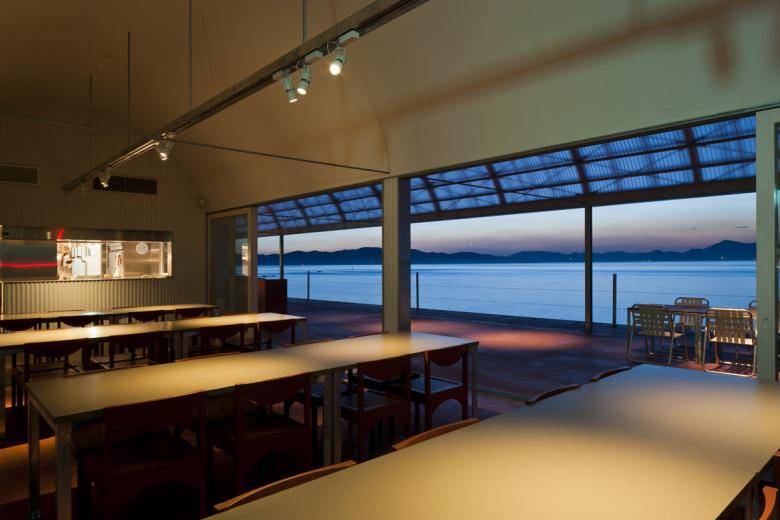 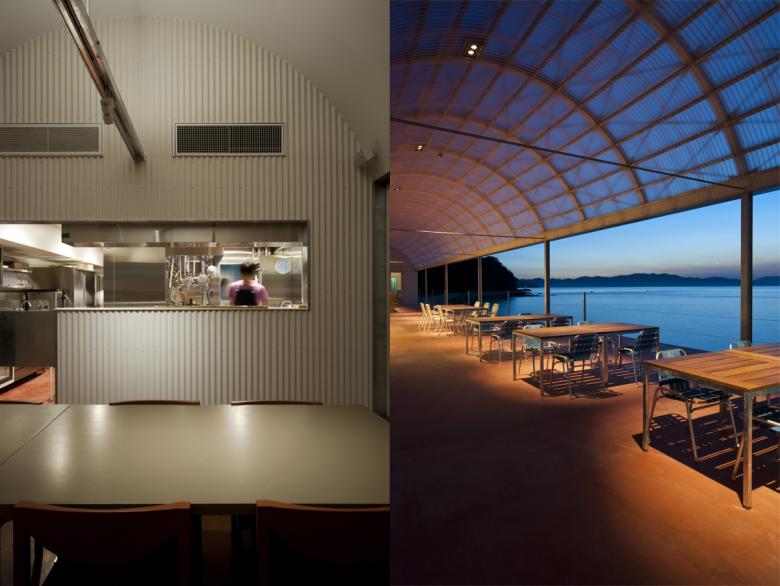 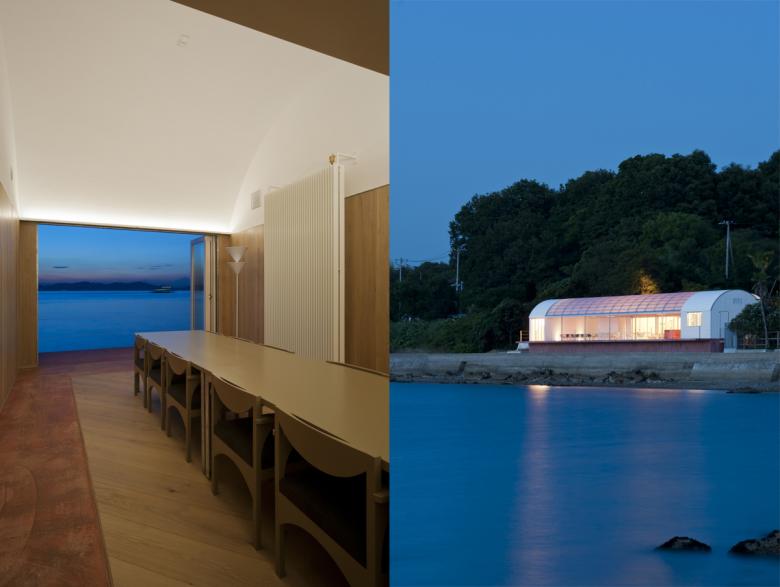 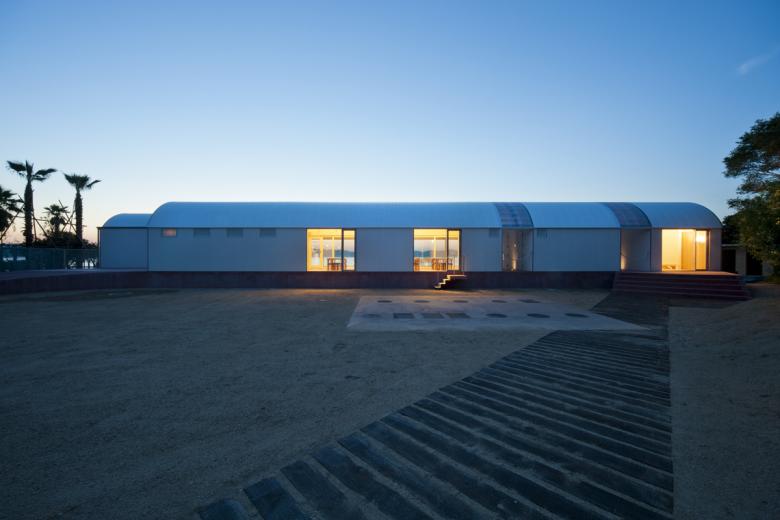 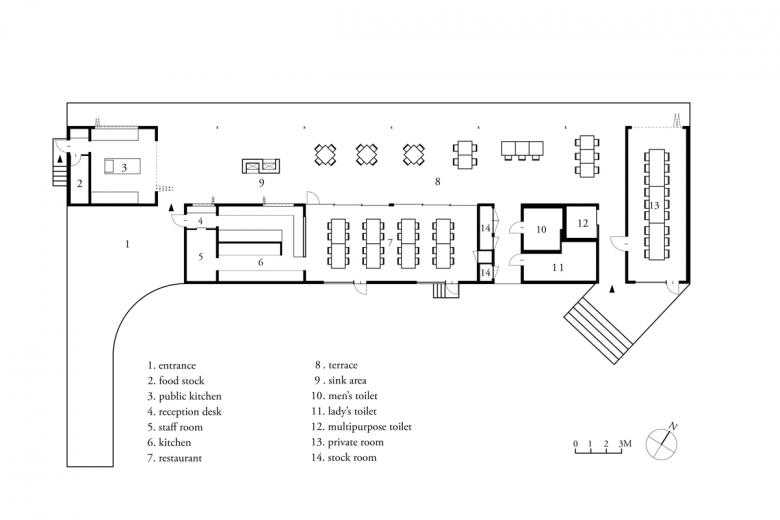 A design for a restaurant atop Teshima, one of the islands floating in the Seto Inland Sea.
As one of the venues for the Setouchi Triennale which will is hosting, Teshima has been a place where dairy and rice cropping were active for decades. Due to depopulation the traditional rice terraces were once desolated, though gradually recovering its richness by the help of many volunteers. With such backgrounds, the main objective of this restaurant is to provide a “Place for Food”, not only for the visitors from all over the world who’ve come for the art, but also for the local islanders. Fitted with a public kitchen to be made available to a variety of people directly in front of the building’s main approach, a rich communication built surrounding food will emerge. It was with this vision of a such a new island culture being nurtured that the building was designed.

This duo-arch structure running along the coast, totaling to 40 meters in length, has most of its interior and exterior walls, and roofs covered with light wave plates, also with a large portion of its sea-facing side open as a terrace. This terrace captures the breathtaking views of the ocean extending forth, but also becomes an important element of this design as a hub through which each feature –the kitchen, restaurant and public kitchen– are all connected, both in physicality and in consciousness. The terrace portion of the roof uses a light wave plate with a permeability that conjures a feeling of openness, and natural sunlight pouring through the roofs of both arches creates differing atmospheres in the indoor and outdoor spaces. Additionally, the foundation of the building, raised as a measure against the flood of tidal waves, uses a red-brown concrete, as if the earth itself had been raised, providing contrast to the presence of the blue sky and ocean continuing beyond. It was our aim to provide architecture that coexists with the island, accepting both the overwhelming blessings and ferocity of nature in Setouchi.