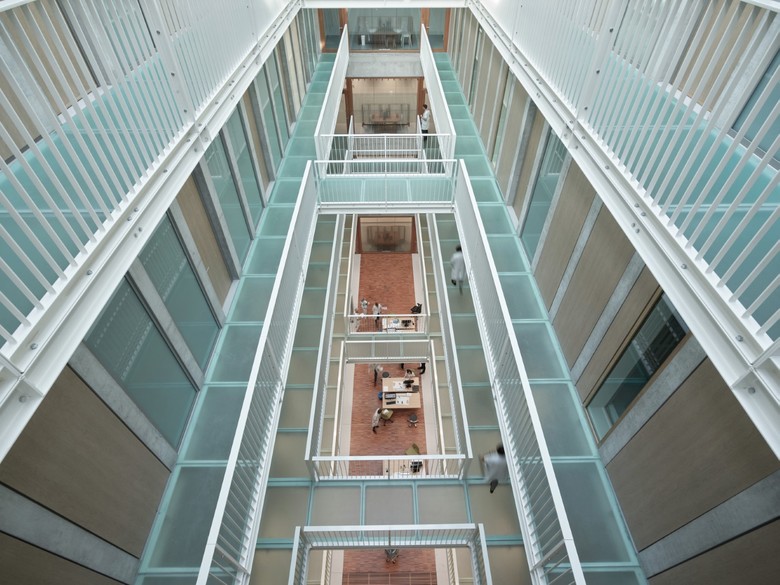 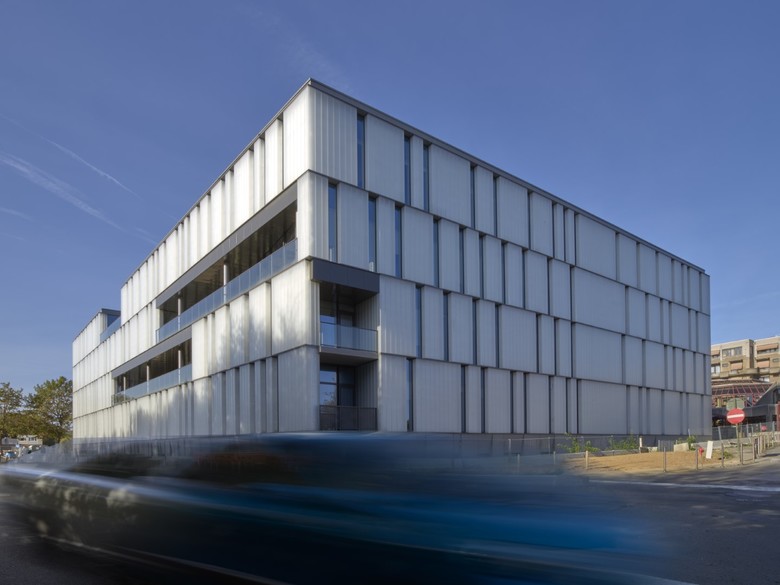 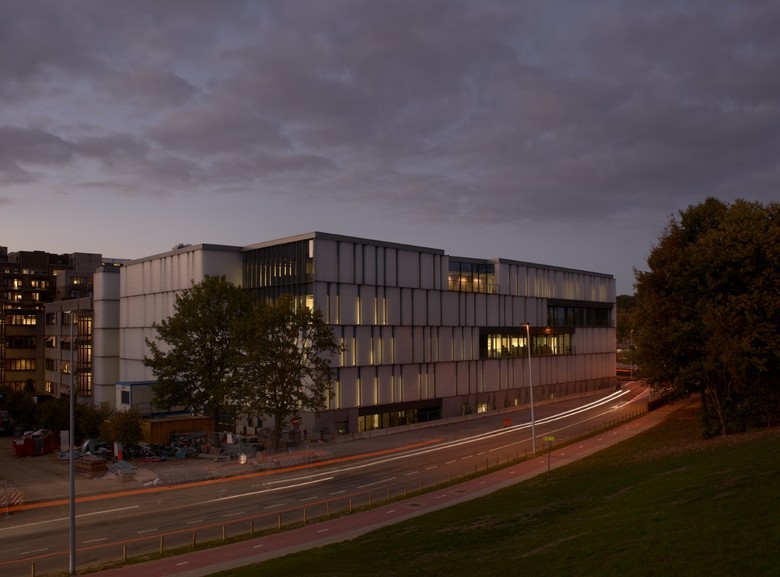 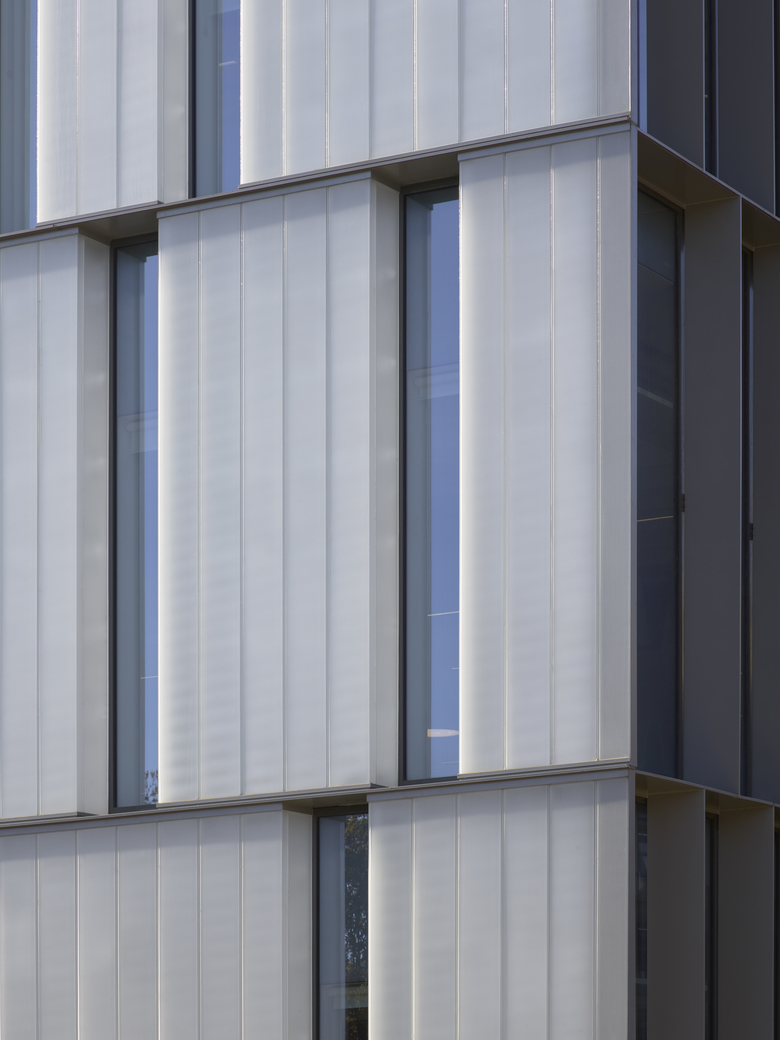 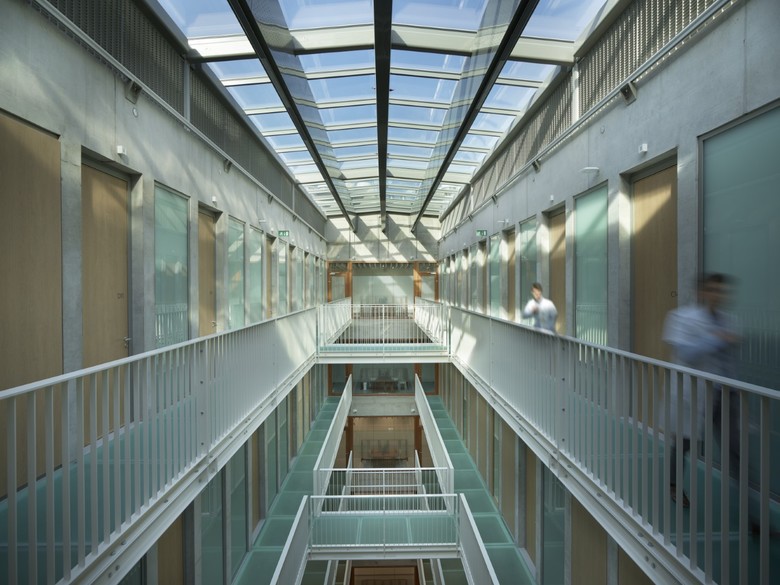 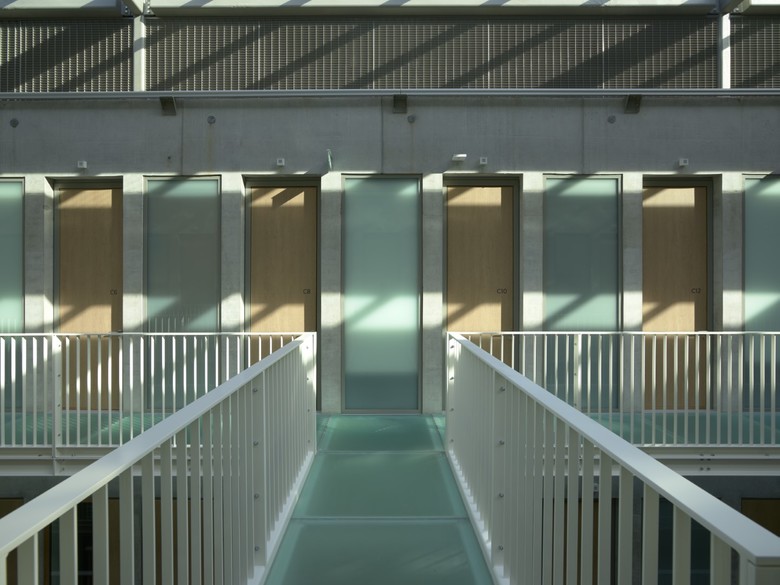 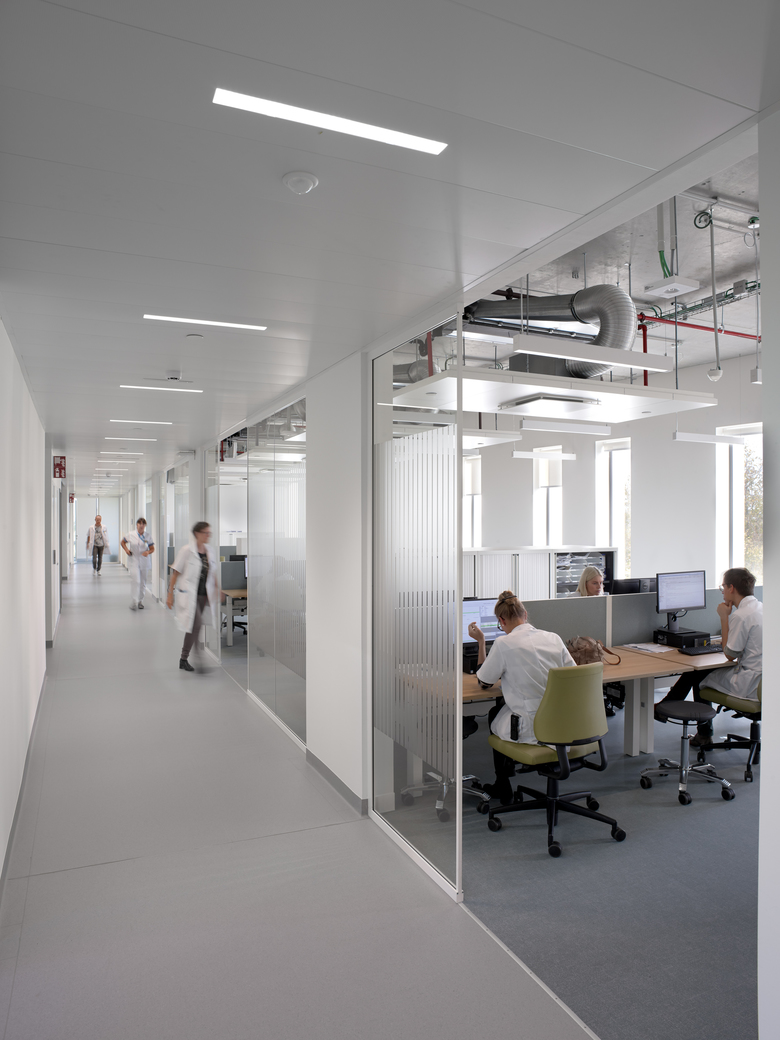 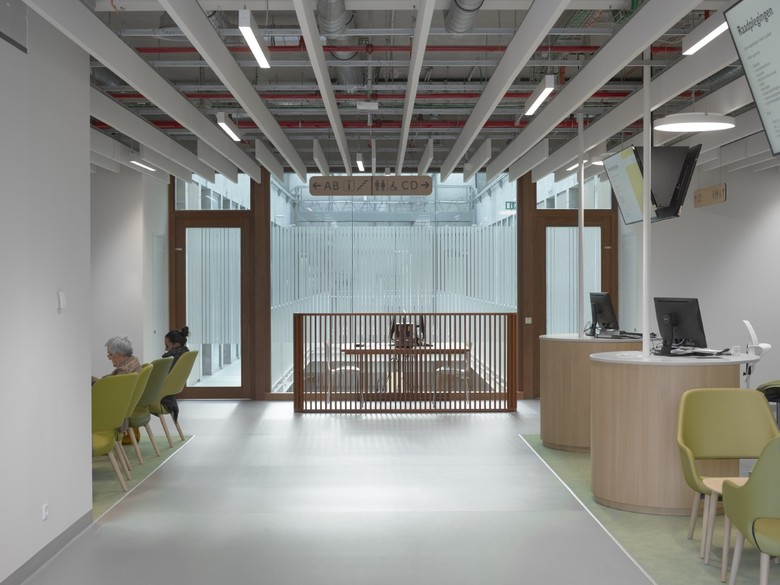 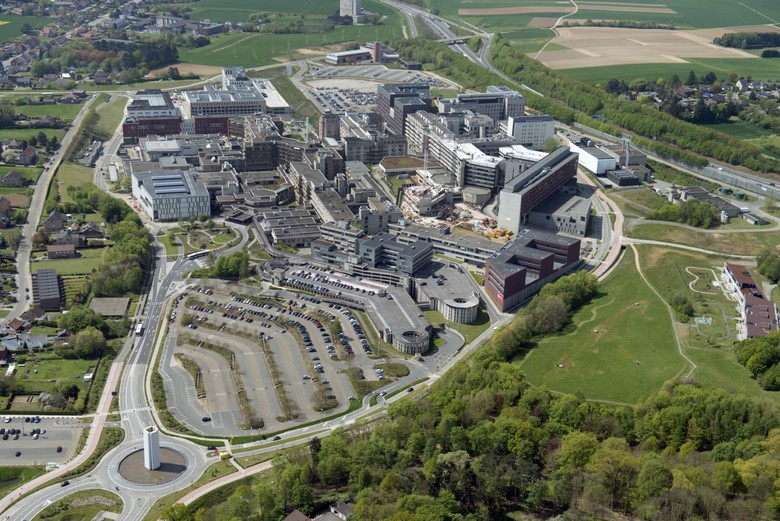 Since the 1970s, the Gasthuisberg hospital campus has been built up increasingly densely. The master plan, designed by architecture firm AWG, describes Gasthuisberg as a ‘walled city on a hill’. It prescribes that the new developments should not be distributed ‘outside the walls’, instead stating that the city on the hill should be further condensed within the contours of the ring road.

WALLED CITY
The design for the expansion of the outpatient care centre builds on the principles of the master plan and the metaphor of the walled city. The solid building was constructed right next to the ring road. As a part of the ‘wall around the city’, it follows the outline of the ‘moat’. A retaining wall extending from the street facade outlines an elevated forecourt. The square offers access to the outpatient care centre and to the general reception area of the university hospital. The visitor reaches the city on the hill by way of ramps and staircases.

BUILDING-HIGH LIGHT WELLS
The design had to meet very specific design requirements. The request for a strict separation between the circulatory flows and rooms for patients and doctors led to a highly rational, generic plan that permits flexible use. The consultation rooms are arranged around three building-high light wells. These pleasant rooms are bathed in natural daylight. Doctors and staff circulate via walkways along the light wells, while patients reach the consultation rooms via a hallway on the other side.