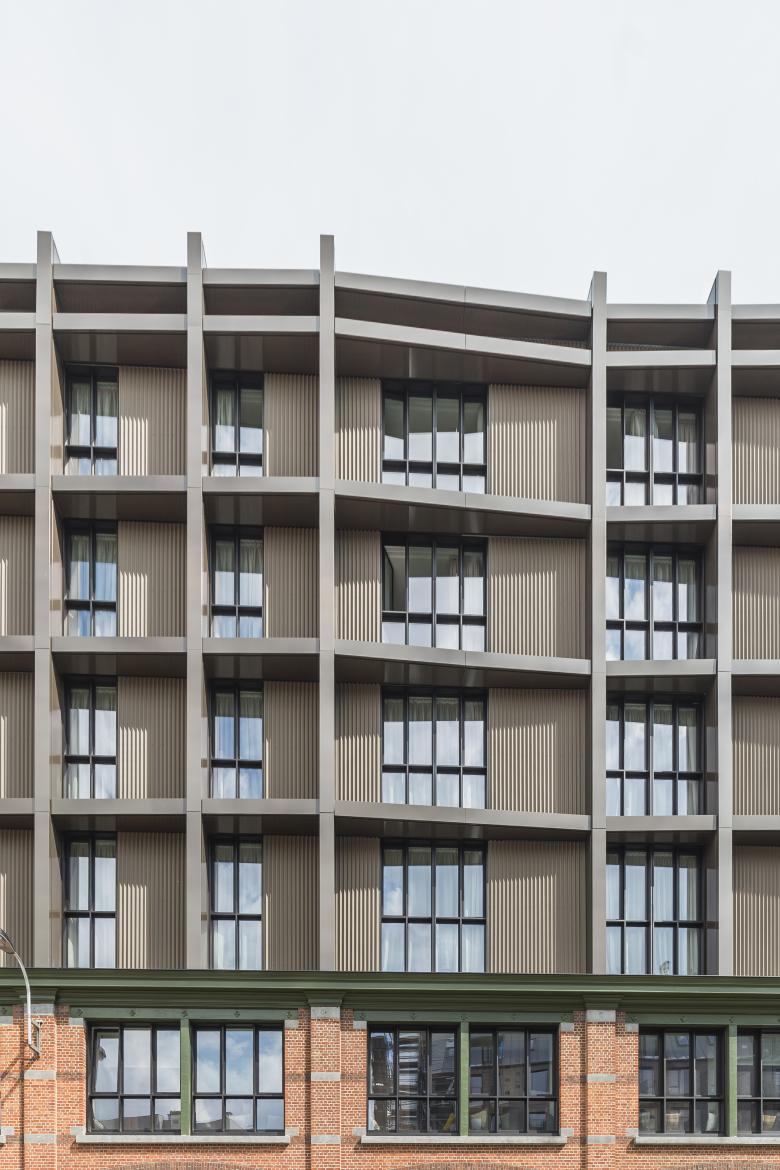 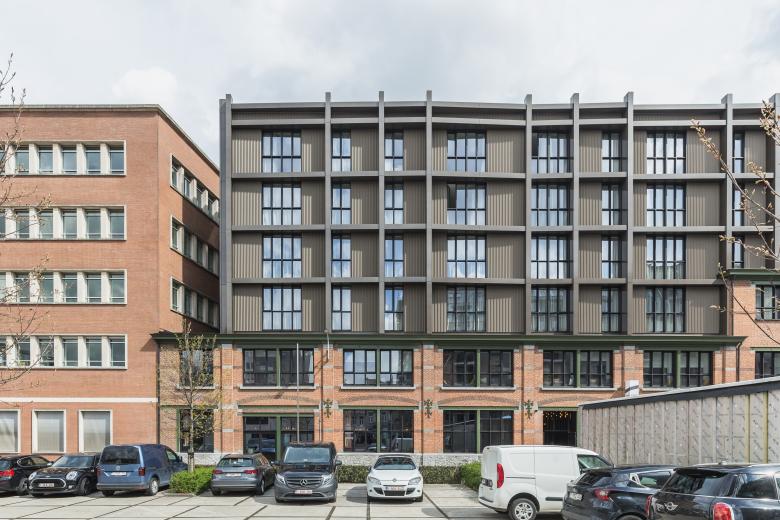 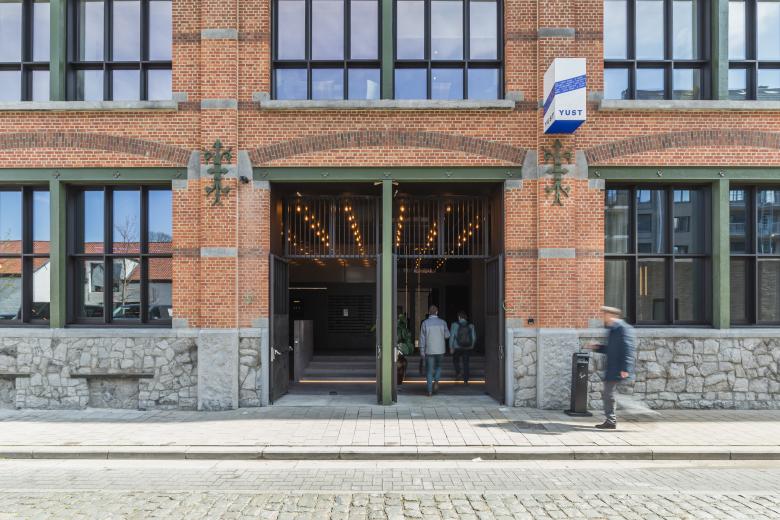 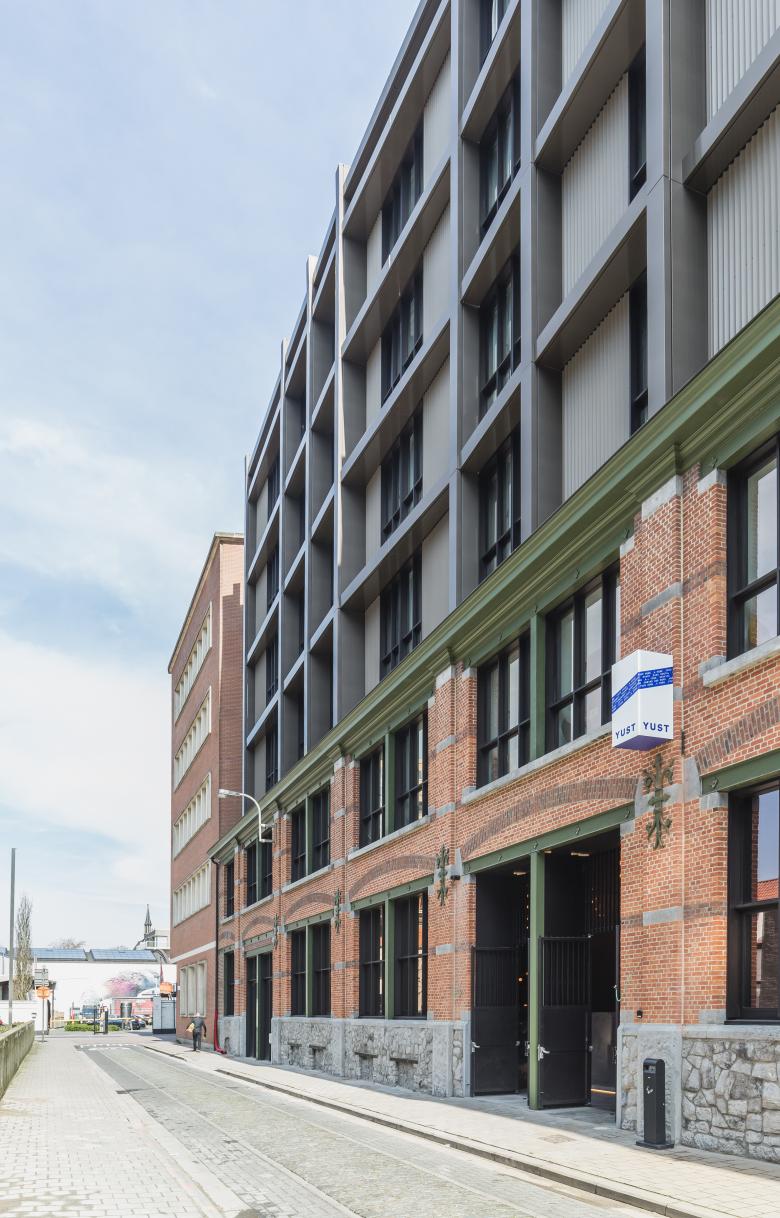 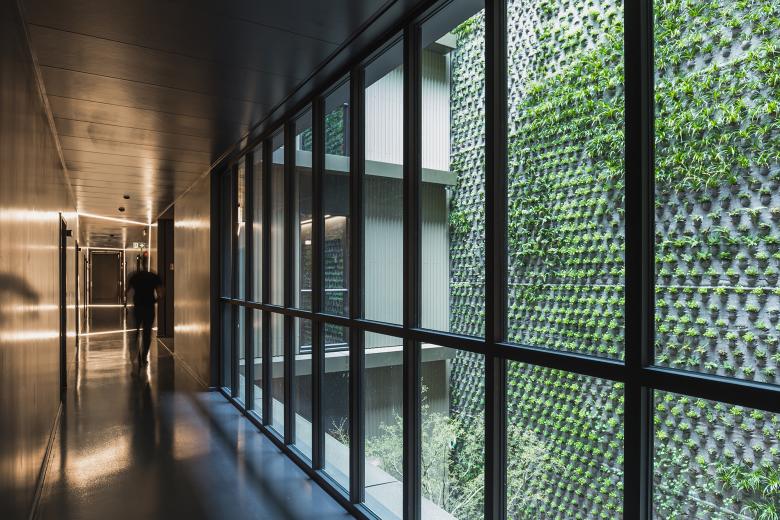 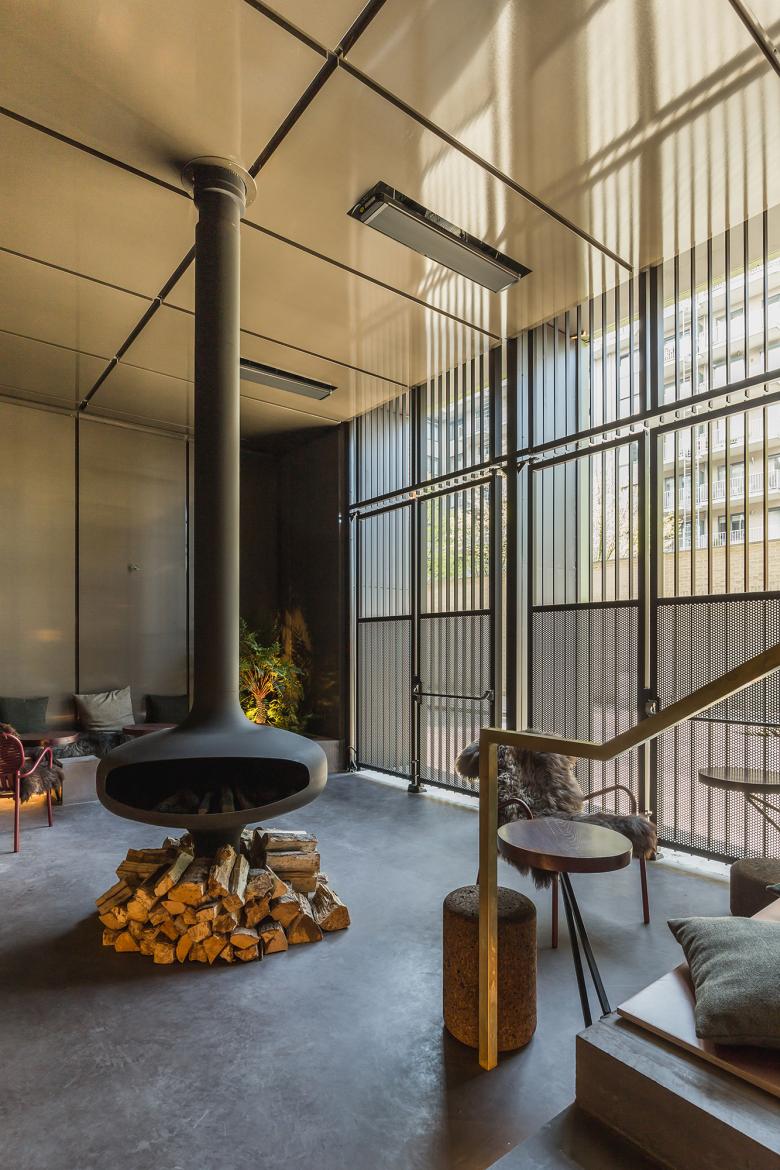 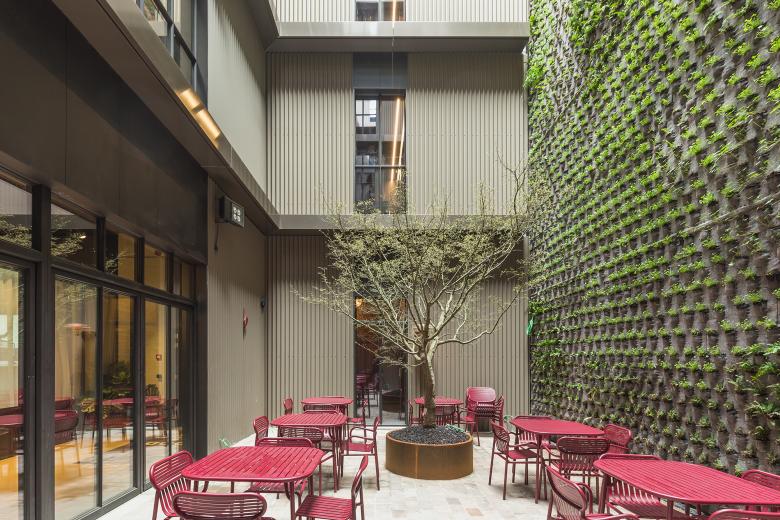 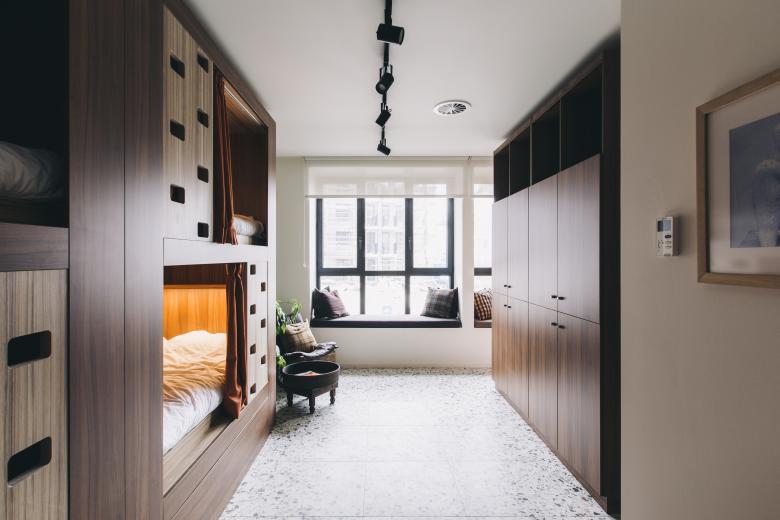 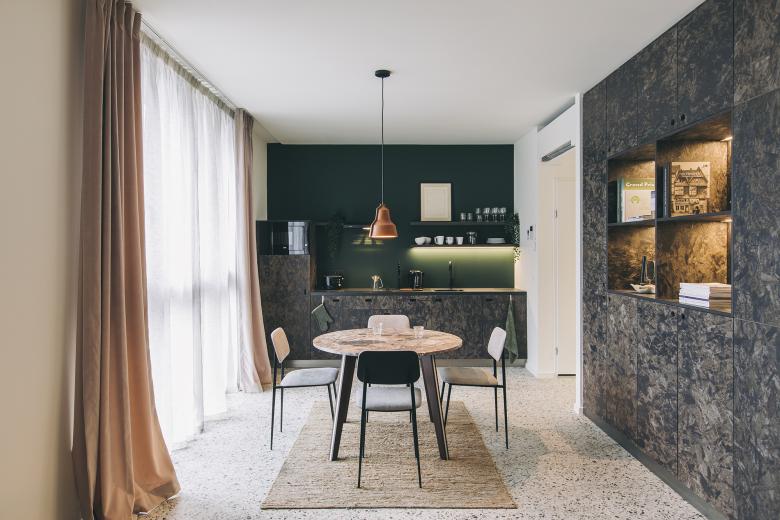 The Harmonie neighbourhood is well on its way to claiming its place in the list of trendy city districts such as Eilandje and Zuid. Not so long ago, POLO Architects transformed the De Koninck Brewery into a vibrant meeting place in the same area. For YUST, POLO Architects combined several types of accommodation into a brand new living concept in a former telephone factory in the heart of Berchem.

PIONEER PROJECT
YUST is short for Young Urban Style; it aims to attract young adults looking for a flexible living space in the city. Nowadays, fewer and fewer people in their twenties and thirties decide to settle down at a young age. This sharing economy generation prefers to live in freedom and flexibility instead of pursuing private ownership. This pioneer project, which is the result of intensive market research, gives priority to sharing, community spirit, health, sustainability and experiences.

With YUST, we want to stimulate community spirit and tackle social isolation in an atypical way. YUST stands for freedom under the form of flexibility. The innovative concept offers a wide range of accommodation options through the combination of a hotel and apartments, with unique formulas both for short and long stays. The site also houses a restaurant, rooftop terrace, event space, pop-up space and co-working space. This way, YUST offers not only a comfortable holiday accommodation, but also an affordable compromise between a private home and a comfortable array of services.

PLAYFUL RHYTHM
On top of the historic premises, POLO Architects designed a distinctive aluminium volume inspired by the industrial residential heritage of the early 20th century. This new section has a playful rhythm and a fresh appearance, which creates a stark contrast with the existing building, acting as a solid base. Despite its opposite appearance, the superstructure copies certain themes from the substructure, like its vertical subdivision in bays and its rational structure.

The trapezoid profiled panels create an intriguing play of light and shadow. A central patio pierces vertically through all layers of the building, allowing plenty of natural light to penetrate into the centre of the volume. Instead of a constraining restoration of the existing building, we opted for its redevelopment, enabling it to evolve into the 21st century in a contemporary context, without disrespecting its historic heritage. The old telephone factory was respectfully restored. The facade was cleaned and its joints repaired, the bluestone base was cleaned and the gutters were restored. In addition, the use of colours was aligned with the original situation.